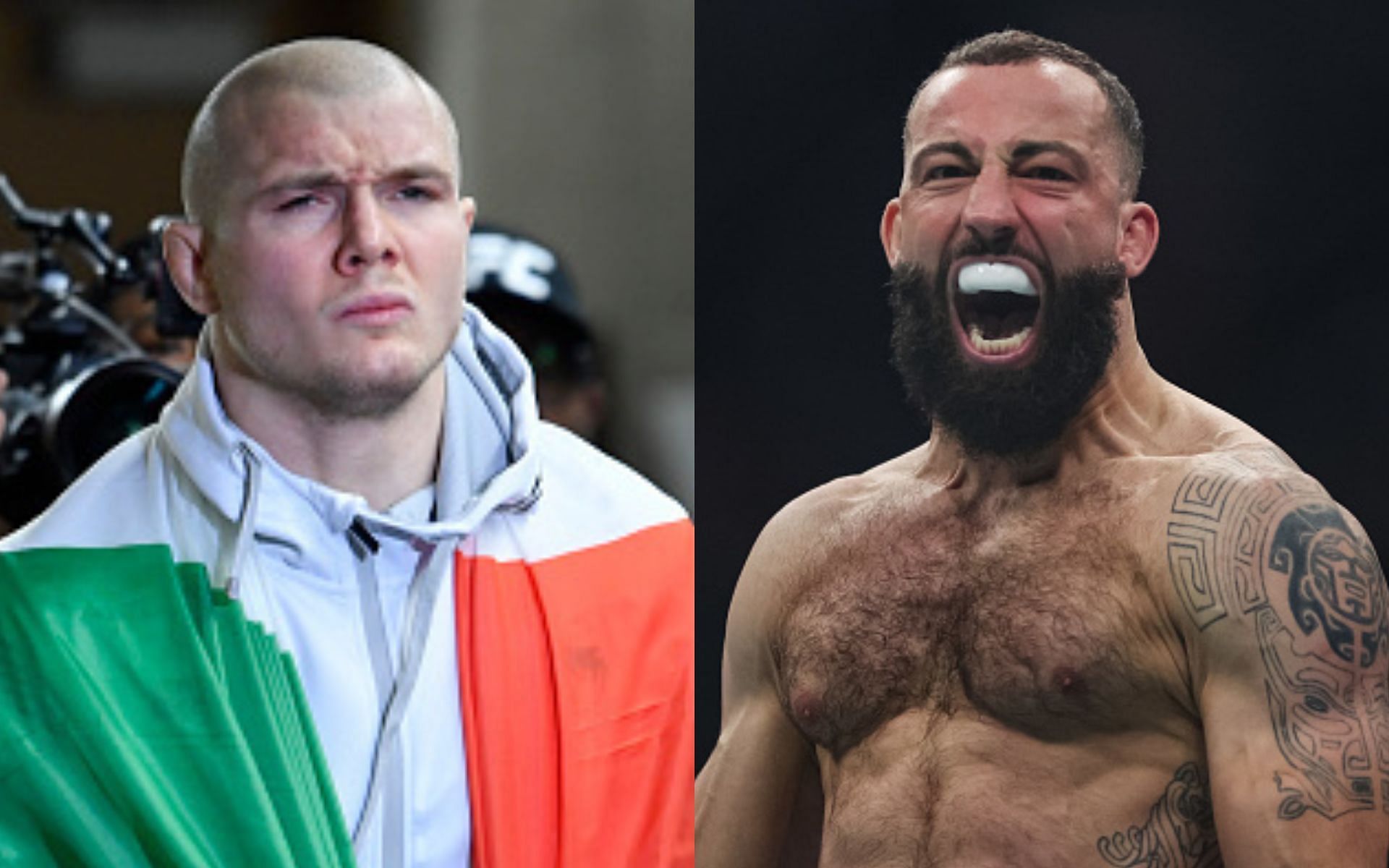 After an impressive performance against Jack Hermansson last time out, Roman Dolidze has a huge task at hand when he faces Marvin Vettori at the highly-anticipated UFC 286 on March 18.

Following his only loss in his professional career, the Georgian has been on a tear throughout the middleweight division and now finds himself matched up against a top 5 opponent for the first time in his UFC tenure. The power striker showcased just how impressive he can be on the ground and hopes to show that in London.

As reported by Brett Okamoto on social media, Marvin Vettori will put his No.4 middleweight ranking on the line when he welcomes the dangerous Roman Dolidze into the octagon at UFC 286 next year.

“UFC 286 on March 18 in London is close to finalizing its first big matchup. Per sources, Marvin Vettori vs. Roman Dolidze is on tap at middleweight. Numbers 4 and 8 in the rankings.”

UFC 286 on March 18 in London is close to finalizing its first big matchup. Per sources, Vettori (@MarvinVettori) vs. Dolidze (@romandolidzeufc) is on tap at middleweight. Nos. 4 and 8 in the rankings.

UFC 286 on March 18 in London is close to finalizing its first big matchup. Per sources, Vettori (@MarvinVettori) vs. Dolidze (@romandolidzeufc) is on tap at middleweight. Nos. 4 and 8 in the rankings. https://t.co/b6mKcf3h0R

‘The Italian Dream’ is hoping to push towards another title shot and get back into the winners’ column after losing a one-sided decision to Robert Whittaker at UFC Paris last time out.

Despite being 1-2 in his last three bouts, Vettori is without a doubt one of the best contenders in the division and will be an extremely tough test for rising European powerhouse Dolidze.

If nothing prevents the matchup from commencing, this will be the 34-year-old’s fourth fight in less than a year, signaling his intent at becoming a UFC champion. A win over the Italian would accompany his huge victories against the aforementioned Jack Hermansson, Phil Hawes, and Kyle Daukaus, among others.

Marvin Vettori vs. Roman Dolidze and other rumored matchups for UFC 286

With the latest news that Marvin Vettori and Roman Dolidze are the first official matchup for UFC 286, we take a look at other bouts that are on course to go down on March 18 at The O2 arena.

Although the opponent isn’t official as of yet, it’s clear that Leon Edwards will likely be the man making the final walk for the main event, with the Brit set to put his newly acquired welterweight title on the line.

A handful of athletes from the UK are eagerly attempting to compete on the card, and in another rumored fight for the event, a welterweight title eliminator between Khamzat Chimaev and Belal Muhammad, a brawl ‘Remember the Name’ has been pushing for.