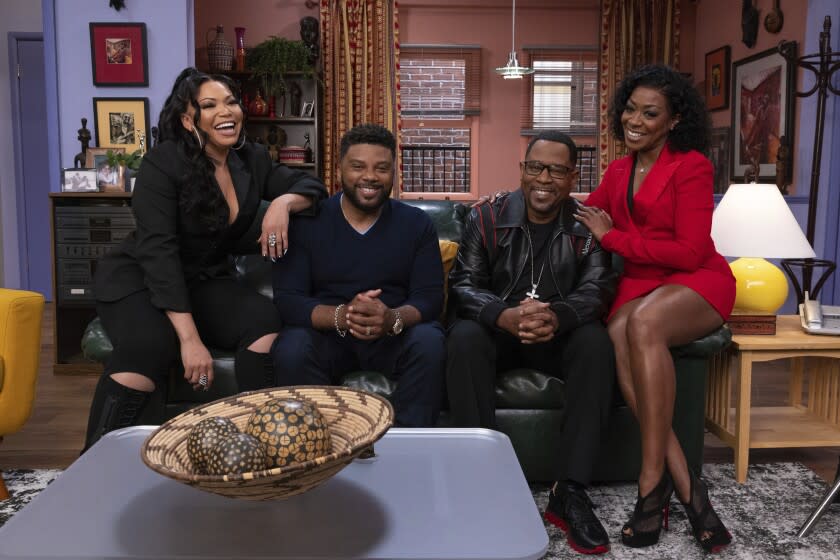 The late Thomas Mikal Ford did not live to participate in the forthcoming “Martin” reunion special. But he was there in spirit.

Ford died at an Atlanta hospital in October 2016 after suffering an abdominal aneurysm, according to the New York Times. He was 52.

The highly anticipated TV event premieres June 16 on BET +. It comes about 30 years after “Martin” premiered on Fox and introduced audiences to Martin Payne, a radio disc jockey navigating friendship and adulthood in Detroit. The hit series ran for five seasons from 1992 to 1997.

“To be able to sit here 30 years later with this amazing cast that has had such an impact on pop culture is truly a blessing,” Lawrence, who co-executive produced the special, said in a statement when the reunion was announced in February . “I am always humbled that the fans still want more of the show and its characters.”

Hosted by comedian and actor Affion Crockett, the reunion special will also include appearances from Snoop Dogg, Brian McKnight, Tommy Davidson and other special guests. In the trailer, Campbell, Arnold, Payne and Lawrence return to the set of the show, reminisce about the program’s best moments, discuss how “Martin” was able to “capture the Black experience” and consider the possibility of a “Martin” reboot .

No mention is made in the preview of Campbell’s abrupt exit from the show. The actor walked away from the sitcom in November 1996 and filed a lawsuit accusing her onscreen love interest, Lawrence, of sexual harassment, sexual battery, and physical and emotional abuse. In March 1997, Campbell returned to “Martin” after “all parties … resolved their differences,” HBO Independent Productions said in a statement at the time.

“Martin: The Reunion” is the latest play by a media company to lure subscribers with a blast of nostalgia. Similar projects include the “Friends,” “Harry Potter” and “Fresh Prince of Bel-Air” reunion specials, all distributed by HBO Max.

“Martin is one of the most beloved sitcoms in our community, both because it is hugely entertaining and because it played a pivotal role in changing the narrative of Black voices in entertainment and in culture through the portrayal of young, ambitious Black leads and healthy Black relationships, ”Scott Mills, chief executive of BET, said in a statement.

“Decades later, that representation is still just as important, which is why we’re so excited to honor a series that puts Black culture front and center on our platform that embraces Black culture every day.”