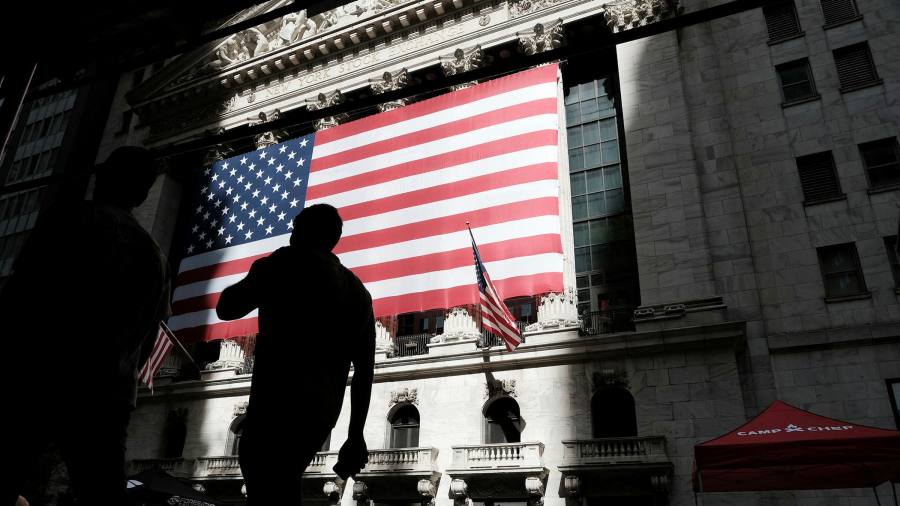 July was great! The S&P 500 put in its best performance since late 2020, with a 9 per cent rally. It was one of the best months in the market of all time. Sure, the withdrawal of largesse by the world’s most important central banks introduces a new wave of volatility to asset prices, but this must be the rebound we’ve all been waiting for, right?

Apparently not. Instead, this appears to be yet another painful trade. Bank of America notes that despite the super soaraway rally last month, only 28 per cent of active fund managers focusing on big stocks beat their Russell 1000 benchmarks. All the main styles of mutual funds underperformed — core, growth and value.

Kudos to the minority, but how did everyone else manage this? All year, investors have been desperate for a break in the clouds, and finally the hint of a little leniency from the Fed comes along, and they still lag their benchmarks. It seems too much money was tied up in the safe hidey hole of cash and too little was deployed on the upswing.

A bearish stance “likely weighed on performance”, said BofA analyst Savita Subramanian and colleagues in a note to clients. Opportunities to beat the market are still scarce, she added, making this a “tough environment” for funds that pick stocks rather than piggybacking on indices.

One explanation for this is that professional investors are no fools. That hint of leniency from the world’s most powerful central bank was hugely overinterpreted and came with far more caveats than the initial market reaction suggested.

All Fed chair Jay Powell said was that it would likely, but not definitely, be appropriate to slow down the pace of interest rate rises in the future. Some market participants took that as a cue to ramp up bets on rate cuts and get back into stocks that have suffered while the Fed has talked tough on inflation. This week, a string of Fed speakers told markets to calm the heck down. They are not close to a pivot yet and expectations for rate cuts next year are premature, they said.

Another way to think about this is to ask who was doing the buying. A good chunk of it seems to have come from funds that were extremely bearish, with lots of shorts — or bets against stocks — on their books. Hedge funds and momentum chasers such as commodity trading advisers — CTAs — had backed well out of risky assets and then scrambled to catch up when stocks turned higher, a practice known as short covering.

“The equity bounce . . . in July was mainly due to short covering,” wrote analysts at Barclays. “The most shorted stocks have indeed outperformed in Europe and the US.”

An equally weighted basket of the 50 most shorted stocks in the Russell 3000, “led by the more speculative . . . non-profit names”, has climbed by some 31 per cent since June, says Neil Campling, an equities analyst at Mirabaud, with Europe now catching up.

Anik Sen, head of equities at PineBridge Investments, is what you’d call a bottom-up investor, building portfolios focusing on a relatively small number of stocks — 30 to 40. His mission is to pick the good stocks and neutralize the effect of wider moves in indices. That task, he says, is increasingly complicated by the oversized role played by equity flows from macro funds and from CTAs.

“I’ve been doing this for more than 35 years, close to 40 years. The disconnect between bottom-up and top-down is possibly the widest I’ve seen,” he says. “Markets are not being moved by you and me but by macro traders. . .[Their flows]dwarf those of fundamental investors.”

This cuts both ways. Sen’s view is that July’s rally is “sustainable” and that markets have been overly gloomy for much of this year. Some corporate stories are much stronger than investors give them credit for, he reckons. “We can’t understand why markets are so negative,” he says, adding that the war in Ukraine, inflation, supply chain strains and China’s Covid shutdowns have masked otherwise positive factors.

My sense from talking to fund managers is that this is becoming extremely frustrating. They were wrong to be so positive at the start of the year and then they missed a trick in July. The best approach now is probably to be somewhat philosophical.

“You can easily be caught up in short-term movements,” said Mamdouh Medhat, a senior researcher at Dimensional Fund Advisors, the quant house founded in the 1980s. “It’s like a ping-pong match and commenting on every hit of the ball.”

Boring as it sounds, sticking with markets for the long term is still almost always the best tactic. “It’s very, very difficult to beat the market by trying to outguess it. People will make the right calls sometimes out of pure luck,” Medhat says with the calming tone of a therapist. “Be stoic . . . If you are broadly diversified, you are getting the only free lunch in finance,” he says.