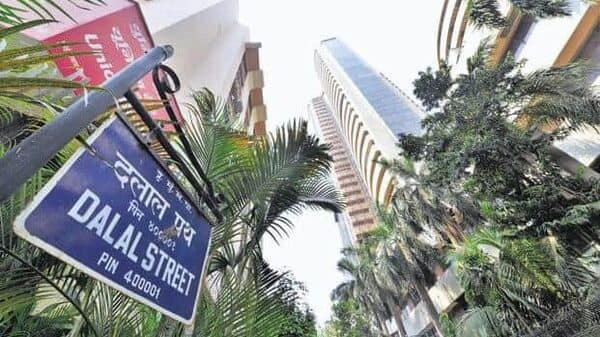 Indian indices witnessed a negative start on Wednesday amid weak global cues. Dalal Street rebounded sharply on Tuesday after tracking gains in the US and Asian indices. The Wall Street indices, however, suffered losses overnight as mixed corporate earnings, China’s Covid situation, and the prospect of aggressive rate hikes by the US Fed suggested a deteriorating economic outlook. US equity futures trembled after the S&P 500 slipped to a six-week low and the technology-heavy Nasdaq 100 declined to levels last seen in 2021. Oil prices also rose after China’s central bank pledged support to its economy. The Asian investors followed their US counterparts as Wall Street fall dampened risk appetite. Shares retreated in Japan, South Korea, Hong Kong, Shanghai, and Australia in early trade on Wednesday.

The firm on Tuesday had reported a 9 per cent decline in its net profit to ₹11 crore for the quarter ended March.

It had posted a net profit of ₹12 crore in the year-ago period, the company said in a statement.

The company has decided to allocate a total of 8,663,404 equity shares to anchor investors at ₹542 apiece, taking the transaction size to ₹469.55 crore, according to a circular uploaded on BSE website.

The firm had reported its highest ever consolidated net profit at ₹2,420 crore in Q4. The figure is 80 per cent higher compared to ₹1,347 crore posted in the year-ago period.

Rupee rises by 8 paise to close at 76.56 as LIC IPO raises hopes of forex inflows

Snapping its two-day losing streak, the rupee rose by 8 paise to close at 76.56 against the US dollar on Tuesday following a rebound in regional currencies and expectations of foreign fund flows as the LIC IPO is likely to hit markets early in May.

A fall in crude oil prices also aided gains in the local unit.

However, the appreciation bias in the local unit will be capped in the near term amid fears about the economic impact of China’s COVID-19 lockdowns and an aggressive pace of the US rate hikes, traders said.

Analysts said a rally in the stock markets and news of LIC IPO hitting the market during the first week of May supported the rupee.

Future Group shares continue to fall for 2nd day; tumble up to 20%

Shares of Future Group firms continued to slide for the second day in a row on Tuesday, plummeting up to 20 per cent.

With the proposed deal with Reliance falling through, investors have been dumping the shares of Future Group since Monday even as the broader market made substantial gains after declining for two consecutive sessions.

Sensex off to a bad start after global markets sink, falls 450 points with most stocks in the red; Bajaj Finance worst hit in early trade

Sensex at pre-open: Sinks 372 points, with most stocks in the red; Ultratech Cement, Bajaj Finance, M&M suffer the most

Technical & derivatives report by Sameet Chavan of Angel One

US markets had a remarkable recovery from lower levels overnight and went on to close well inside the positive terrain. This uplifted the overall sentiments across the Asian bourses yesterday morning. This led to a decent bump up at the opening in our markets which was then followed by a long consolidation. However, the buying momentum picked up once again in some of the heavyweight constituents towards the fag end of the session. As a result, the Nifty hastened towards the 17200 mark at the closing trade.

Yesterday although banking space did not move to the tune of some of the other heavyweight baskets, the Nifty managed close at an interesting juncture. It has certainly raised the expectation for the remaining two sessions of the April series. If there is no aberration on the global front, we would see the Nifty moving towards 17300 – 17400 in the coming session. However, as of now, there is no clear indication whether the 17400 will be taken out or not in this expiry. So let’s see how things pan out going ahead. On the flipside, 17100 – 17000 has now become a sacrosanct support zone.

Traders are advised to keep focusing on individual stocks and also need to closely watch how banking stock behaves. If they start performing then one should certainly gear up for some fireworks towards the fag end of the April series.

Asian markets were back in negative territory Wednesday following a rout on Wall Street as traders are faced with a perfect storm of crises including China’s Covid-linked economic woes, US interest rate hikes, soaring inflation and the Ukraine war.

The downbeat mood across the world has been compounded by weak earnings from some of the world’s biggest companies, while pledges of support from Beijing have largely fallen on deaf ears.

Tech firms, who rely on debt to drive growth, led a plunge in New York on fears that the Federal Reserve is at the beginning of a period of sharp rate increases aimed at taming scorching inflation.

The numerous issues around the world are acting as a massive drag on sentiment, with many worrying about the global economic outlook.

Adani Wilmar shares give 250% return in 3 months. Should you buy, hold or sale?

Oil extended gains after Russia said it would cut natural gas supply to Poland and Bulgaria, escalating tensions as Europe looks at restricting crude imports from the country.

West Texas Intermediate futures climbed above $102 a barrel after rising 3.2% on Tuesday. Russia will halt natural gas flows to the European Union nations on Wednesday, making good on a threat to cut supply to countries that refuse President Vladimir Putin’s new demand to pay for the fuel in rubles.

The market has been gripped by a tumultuous period of trading since Russia’s invasion of Ukraine in late February. The U.S. and U.K. have pledged to ban oil imports from the OPEC+ producer, but the EU has struggled for consensus on similar measures. The war continues, despite efforts for a cease-fire.

India slashed the size of its biggest initial public offering by about 60%, pressing ahead with the sale even as the war in Ukraine continues to weigh on investor demand.

Prime Minister Narendra Modi’s government will sell 221.4 million shares of Life Insurance Corporation of India at 902 rupees to 949 rupees each, according to the final prospectus filed with exchanges, confirming an earlier Bloomberg News report. The offering next week could raise as much as 210 billion rupees ($2.7 billion) at the top end of the price range. That’s far lower than the 500 billion rupees targeted earlier, people with knowledge of the matter said at the time.

U.S. shares tumbled on Tuesday, with the Nasdaq posting its steepest one-day rout since September 2020, while European stocks extended losses for a third session as investors warily awaited U.S. tech earnings and fretted over global growth.

Alphabet Inc and Microsoft Corp both fell almost 4% ahead of their results after the closing bell. About a third of S&P 500 companies are set to report results this week.

The pan-Europe STOXX 600 index closed lower, with technology stocks down 2.3% at six-week lows and banks dropping 2.3%. The index had rallied up to 1% earlier in the session amid strong earnings from companies including Swiss bank UBS and shipping giant Maersk

China’s blue-chip index fell another 0.8% after its worst day in two years on Monday, even as the central bank vowed to step up prudent monetary policy support, particularly for small firms hit by COVID-19.

Three-fourths of Beijing’s 22 million people lined up for COVID-19 tests as the Chinese capital raced to stamp out a nascent outbreak and avert the city-wide lockdown that debilitated Shanghai for a month.

Tesla Inc lost $126 billion in value on Tuesday amid investor concerns that Chief Executive Elon Musk may have to sell shares to fund his $21 billion equity contribution to his $44 billion buyout of Twitter Inc.

Tesla is not involved in the Twitter deal, yet its shares have been targeted by speculators after Musk declined to disclose publicly where his cash for the acquisition is coming from. The 12.2% drop in Tesla’s shares on Tuesday equated to a $21 billion drop in the value of his Tesla stake, the same as the $21 billion in cash he committed to the Twitter deal.

Wedbush Securities analyst Daniel Ives said that worries about upcoming stock sales by Musk and the possibility that he is becoming distracted by Twitter weighed on Tesla shares. “This (is) causing a bear festival on the name,” he said.

Equity investors are bracing for a flurry of earnings reports and forecasts that will offer clues on how China’s companies are being impacted by the recent Covid flareup.

About a quarter of China’s more than 4,700 onshore-listed companies have published first-quarter results, according to Bloomberg-compiled data. While firms have until the end of the month to disclose earnings, analysts are slashing forecasts as stringent lockdowns pressure supply chains and chill consumption.

Xi calls for ‘all out’ infrastructure push to boost economy

China’s President Xi Jinping made a bold commitment to boost infrastructure construction, the latest pledge by officials to bolster the economy as it gets hammered by a series of Covid-related lockdowns.

All-out efforts must be made to spur infrastructure spending, Xi said Tuesday at a meeting of the Central Committee for Financial and Economic Affairs. Infrastructure was a pillar of economic and social development, Xi added, according to a report from the state-run Xinhua News Agency.

The meeting decided the country’s infrastructure was still incompatible with the demand for national development and security, according to Xinhua. Strengthening infrastructure construction in an all-round way is of great significance to ensuring national security, expanding domestic demand and other objectives, it said.

“Japanese shares are starting with a huge drop following falls on Wall Street” where all three major indexes plunged “due to growing worries over the global economic slowdown as China expanded the lockdown” of Shanghai, senior market analyst Toshiyuki Kanayama of Monex said in a note.

Worse-than-expected US indicators including durable goods orders in March also weighed on the market, he added.

The dollar stood at its highest level since the early days of the pandemic on Wednesday and was heading for its best month since 2015, supported by the prospect of U.S. rate hikes and on safe-haven flows fanned by slowing growth in China and Europe.

The U.S. dollar index, which measures the greenback against a basket of six major currencies, sat by its overnight high of 102.37, the strongest it has been since March 2020.

The euro fell below its pandemic lows to $1.0635 in early trade, a five-year trough, on fears for energy security and Europe’s growth after Russia’s Gazprom said it would halt gas supply to Poland and Bulgaria later in the day.

Commodity currencies have also been sold in favour of the greenback, driving the New Zealand dollar close to its lowest levels of this year at $0.6562 and the Australian dollar to a two-month low of $0.7119.

Equities retreated in Japan, Australia and South Korea. U.S. equity futures wavered after the S&P 500 slid to a six-week low and the technology-heavy Nasdaq 100 plumbed levels last seen in 2021.

The risk aversion bolstered sovereign bonds in Australia and New Zealand. Treasuries pared some of a sharp rally from Tuesday that was led by shorter maturities. A dollar gauge was around the highest mark in nearly two years.

The euro touched the weakest level versus the greenback since 2017 amid worries that Moscow may choke gas flows to Europe, hurting the region’s growth in the ongoing fallout from Russia’s invasion of Ukraine.