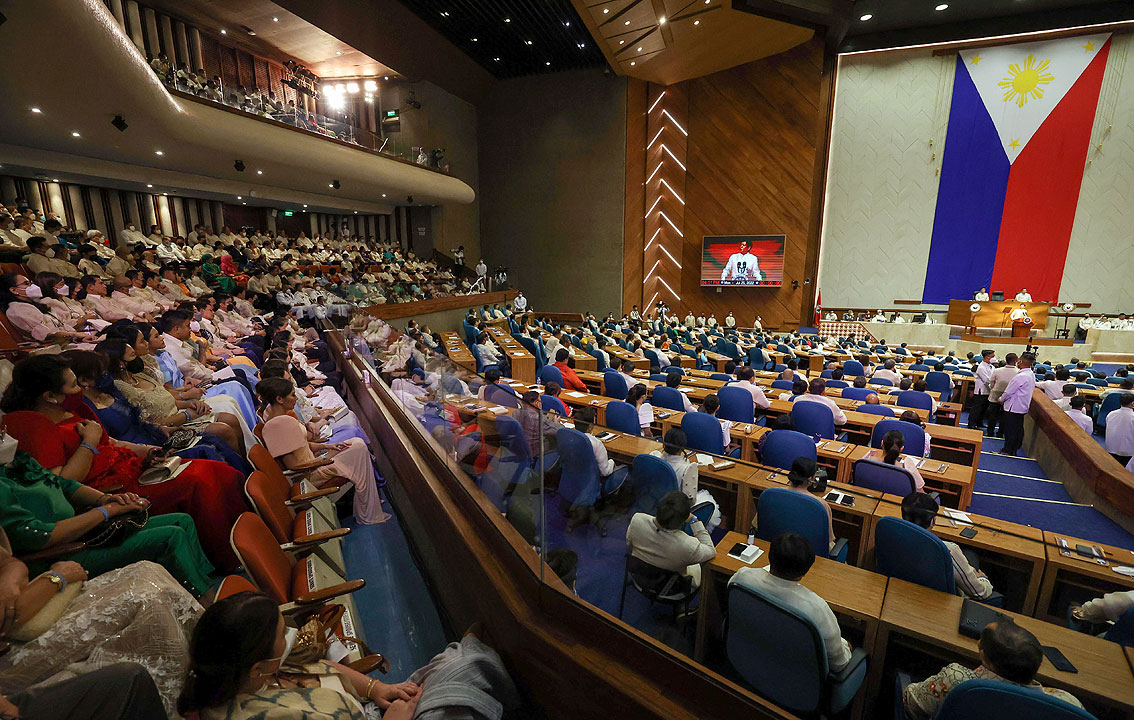 PRESIDENT Ferdinand R. Marcos, Jr. may have the support of the “supermajority” in Congress, but this does not guarantee that lawmakers will pass his priority economic bills immediately, analysts said.

Mr. Marcos in his State of the Nation Address (SONA) last month identified 19 priority measures, including a National Government rightsizing program, a tax on digital transactions, and amendments to the Electric Power Industry Reform Act (EPIRA) and the Build-Operate-Transfer (BOT) law.

“Supermajorities can be overwhelming but they may not mean instant passage of laws. What is critical is the public support for the president,” Robert John R. Go, a political science professor at the University of the Philippines (UP), said in a Messenger chat. “A popular president can shepherd Congress to pass priority measures.”

A “supermajority” elected Leyte Rep. Martin G. Romualdez, cousin of Mr. Marcos, as the speaker of the House of Representatives. He is the president of Lakas-CMD, but received the support of the Nacionalista Party, Nationalist People’s Coalition, PDP-Laban, National Unity Party, and Hugpong ng Pagbabago for his speakership bid.

In the Senate, only senators Aquilino Martin “Koko” Pimentel III and Ana Theresia “Risa” Hontiveros-Baraquel are considered the minority, while senators Alan Peter S. Cayetano and Pilar Juliana “Pia” S. Cayetano have declared themselves as independent.

“The small number of minority lawmakers is going to make things smoother for Marcos,” said Leonardo A. Lanzona, who teaches economics at the Ateneo de Manila University, although he noted the “so-called ‘supermajority’ is more fragmented” than during the previous administration.

But even as the majority of the senators allied with Mr. Marcos, UP’s Mr. Go noted economic bills usually undergo stricter scrutiny from the Senate.

“The Senate supermajority will not automatically translate to speedy approval. Expect more debates happening there than in the other chamber,” he said.

Renato E. Reside, Jr., an associate professor at the UP School of Economics, said lawmakers and their constituencies have very diverse interests, which would likely complicate the deliberations on economic measures.

“Crafting legislation is all about evaluating tradeetcs in the process of trying to determine the bill that everyone can live with,” he said in a Messenger chat.

In his SONA, Mr. Marcos asked lawmakers to pass a bill that would impose value-added tax (VAT) on digital service providers, which he estimated would generate around P11.7 billion in revenues in 2023.

“Economic bills affect taxpayers. So, any measure should be packaged to be seen as beneficial. Economic hardships and issues of graft and corruption affect the fate of these bills,” she said in a Viber message.

The tax reform packages were approved by the House of Representatives during the 18th Congress, but failed to hurdle the Senate.

“The economic circumstances in the world have become much more challenging than in 2016,” UP’s Mr. Reside said, referring to the challenges faced by Rodrigo R. Duterte when he assumed the presidency.

“In the case of President Marcos, there are more interests to be considered and less money to go around, thus making it more difficult for his economic bills to be passed,” said Ateneo’s Mr. Lanzona.

He said the proposed National Land Use Act, Government Financial Institutions Unified Initiatives to Distressed Enterprises for Economic Recovery (GUIDE) Act and amendments to the BOT law would likely face rough sailing in Congress since “some members of the coalition have interests in real estate, finance, and construction that can be in conetcict with these laws.”

Mr. Lanzona said there may also be a lack of support among lawmakers for the proposal to amend the EPIRA law.

“It comes as no surprise why until today, the land use bill has never been enacted into law, as business interests with close political ties have always rejected limiting how land areas should be utilized,” he said via Messenger. “The same is true for EPIRA amendments, as energy companies with political allies in Congress will certainly make sure to further limit government’s regulatory powers.”

Mr. Marcos is also pushing for amendments to the EPIRA, which led to the privatization of the country’s energy industry.

Mr. Go, meanwhile, hopes that Malacañang will have better coordination with Congress through the Legislative-Executive Development Advisory Council to avoid presidential vetoes.