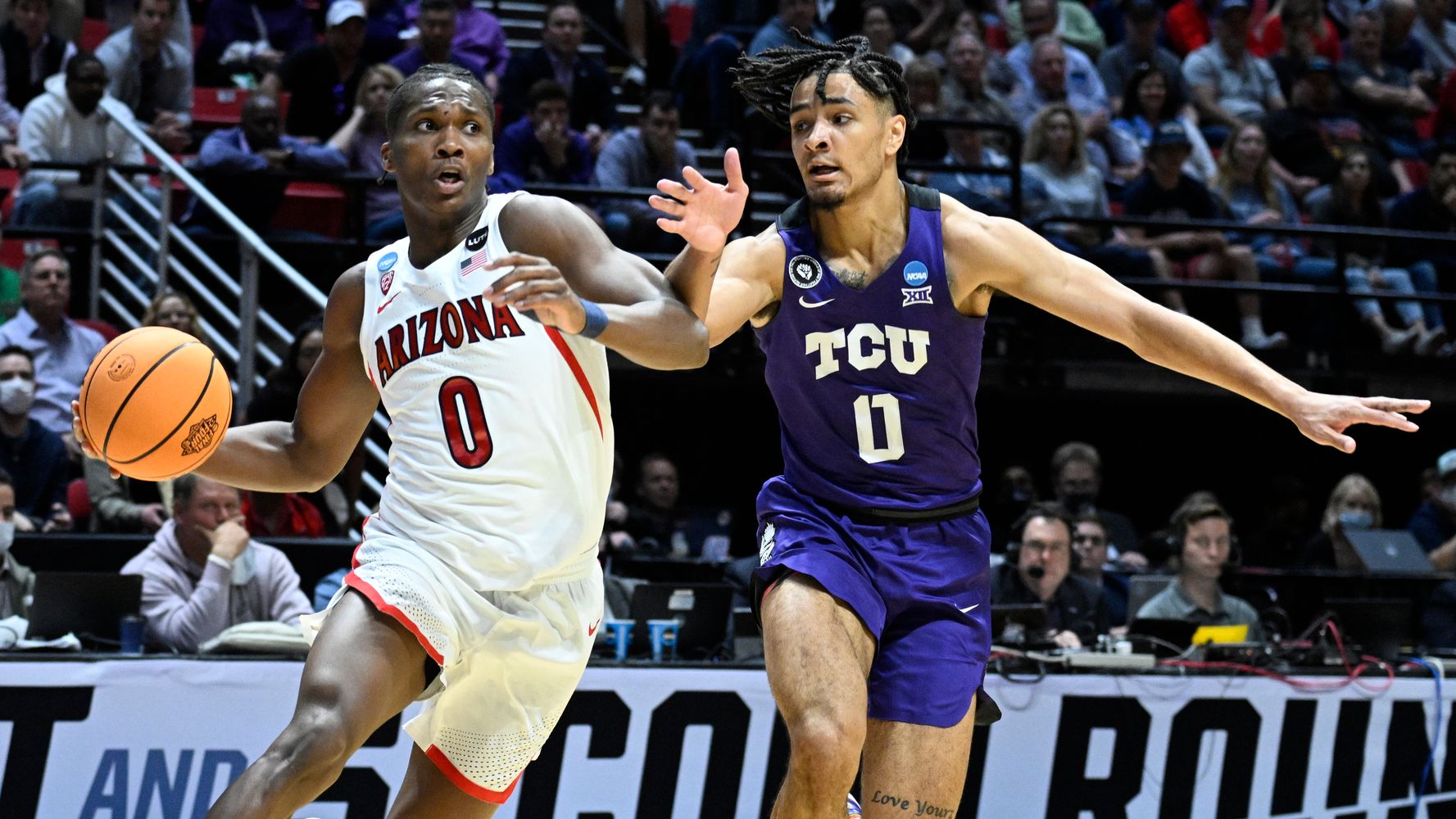 SAN ANTONIO – Arizona guard Bennedict Mathurin said Wednesday that he has attempted to apologize to a TCU dance team member after a video widely circulated on social media showed the Pac-12 player of the year possibly making contact with her after the Wildcats’ second-round victory.

Mathurin did not say what response, if any, he got from an email he sent through the TCU athletic department when trying to relay his apology. He would not answer a follow-up question about whether he recalled touching the dancer or not when leaving the floor after the overtime victory over the Horned Frogs on Sunday night in San Diego.

Arizona athletic director Dave Heeke said in a statement earlier Wednesday that Mathurin did not recall any contact.

“Shortly after returning to Tucson, I was notified that people on social media were claiming a video clip showed Bennedict Mathurin may have made physical contact with a TCU student while walking off the court. I have reached out to TCU’s Athletics Department and I spoke with Bennedict, ”Heeke said. “While he does not recall any contact, he has attempted to reach out to the TCU student through their Athletic Department to apologize.”

TCU officials have said little about the incident and the dancer has not been publicly identified.

“We have been in contact with the University of Arizona and received communication from their student-athlete,” TCU athletic director Jeremiah Donati said. He did not elaborate.

The short video clip shows Mathurin stopping and looking up toward the stands, and then after a bow he raises up with his arms spread fully apart. As he turns toward the tunnel, he appears to be looking the opposite way with his arms still outstretched when his left hand goes near the woman’s chest, though it is unclear if there is any contact. The dancer remained still and had no visible reaction in the short clip that first appeared on social media soon after the game ended.

Coach Tommy Lloyd said Wednesday that he did not learn of the situation until the team returned home from San Diego but declined to comment further.

“We were as surprised as anybody. I’m just going to refer to that statement from Dave about the situation, ”Lloyd said.