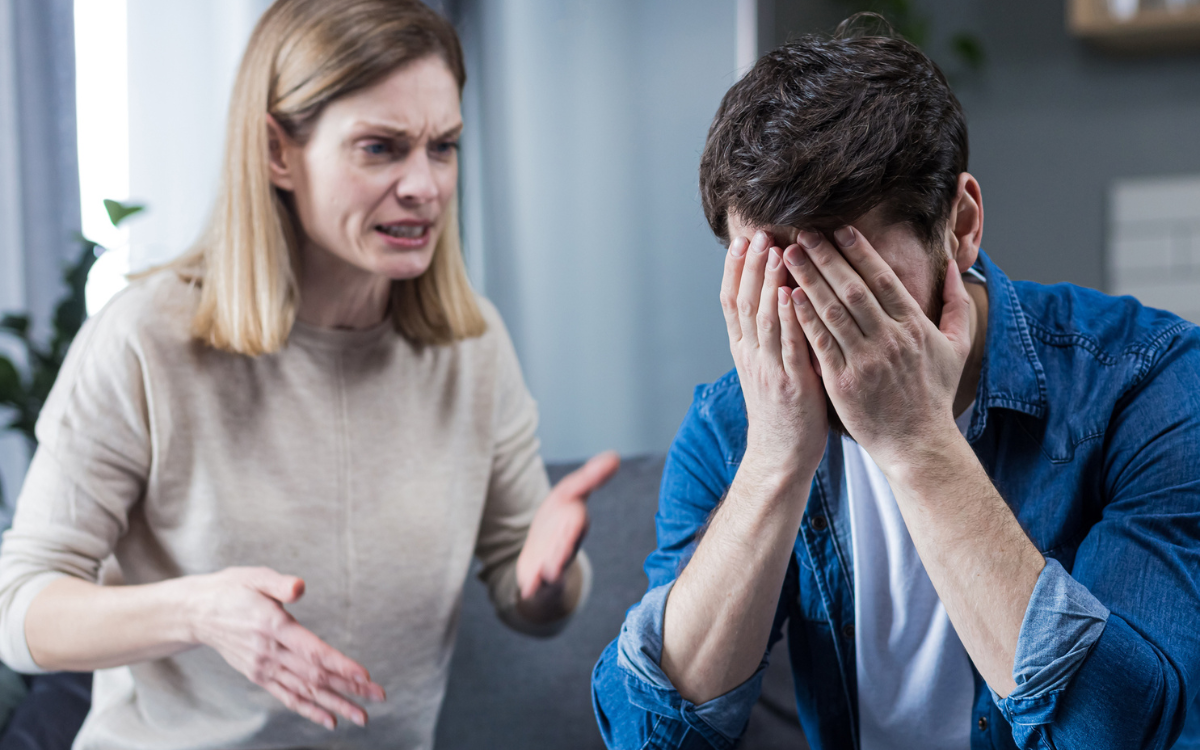 A woman is being urged to confront her husband following his bizarre reaction to her sister announcing she was pregnant.

In a Reddit post that has already been upvoted over 24,000 times, a user posting as Throwra53779 sparked wild speculation after detailing her husband’s unusual response to what should have been greeted as good news.

The reaction has prompted any number of wild theories while a leading relationship expert has called on the woman to confront her husband over the matter.

For some, the husband’s response was evidence of some likely infidelity. That might be jumping to conclusions but research has shown men are more likely to cheat than women.

This was highlighted in a 2020 study by researchers from Norway in which over 4,000 adults were polled on the subject of fidelity. When asked “have you cheated on your current partner?” 17.4 percent of men responding to the survey admitted yes, compared with just 8 percent of women.

Given those figures, it’s not a surprise to see speculation the husband’s response was born out of cheating. In any case, his wife said she has been “going crazy” thinking about what it could mean and turned to social media for help.

According to her Reddit post, it all started during a family dinner. Everyone was “laughing and eating” until her sister got up and announced her impending baby news. “My husband got quiet, didn’t get up to congratulate her … just kept staring at or towards her,” she wrote. “I repeatedly asked if he was okay and he mumbled about feeling a bit sick.”

Moments later, she said he began “throwing up.” She tried to help him clean himself up in the bathroom but he refused. “He sat on the bathroom floor near the toilet just looking down and refusing to let me help him up to wash his face,” she said.

She took him home and checked his temperature and blood pressure but could see nothing wrong. She then woke up the next day to “the sound of him crying in the shower.” When she went to ask him what was wrong he told her he just “needed a minute with himself.”

Increasingly frustrated, she said she demanded he explain what was happening. His response was that he was simply “feeling overwhelmed” but would not say from what.

“He’s not the type who gets stressed out from work or anything of the sort,” she wrote. “What makes me feel so horrible is the fact that my sister once implied that my husband was her type and hoped to get someone like him.”

Though her sister has a boyfriend, the woman said she was struggling to shake a “weird feeling” she had about her husband’s reaction and did not know what to do.

Angela N. Holton, a dating coach who runs the Love Sanctuary website, told Newsweek the woman needed to address the issues directly with her husband, regardless of how painful it may be.

“Before conclusions are made, a discussion needs to happen with her husband and very pointed questions asked of him,” she said. “He clearly had a strong and personal reaction to the news, and we may be quick to judge that an affair has occurred between the two, but I am not so sure I believe a two-sided affair and betrayal took place.”

Holton felt the husband’s reaction “cannot be ignored” and he had “serious questions to answer” and should speak to her sister as well.

Those sentiments were echoed by many online, with many speculating over the likely reasons behind his response.

One wrote: “I’m afraid your next update will be that your husband and sister are having an affair. It was only meant to be a fling for him, but now your sis is pregnant and he’s the father. He can’t hide the affair anymore.”

Another wrote: “My gut says he may have cheated with your sister or has hidden feelings for her. Either way I wish you well.”

Others felt there could be a logical explanation though, with one Redditor suggesting it could be “food poisoning,” with another writing: “Maybe he just got caught up imagining parenthood. Being responsible for another little human is overwhelming.”

However, while some have called for calm, the user behind the account Throwra53779 has yet to provide an update on what happened.

Newsweek was not able to verify the details of this case.

Do you have a similar relationship dilemma? Let us know via life@newsweek.com. We can ask experts for advice, and your story could be featured on Newsweek.