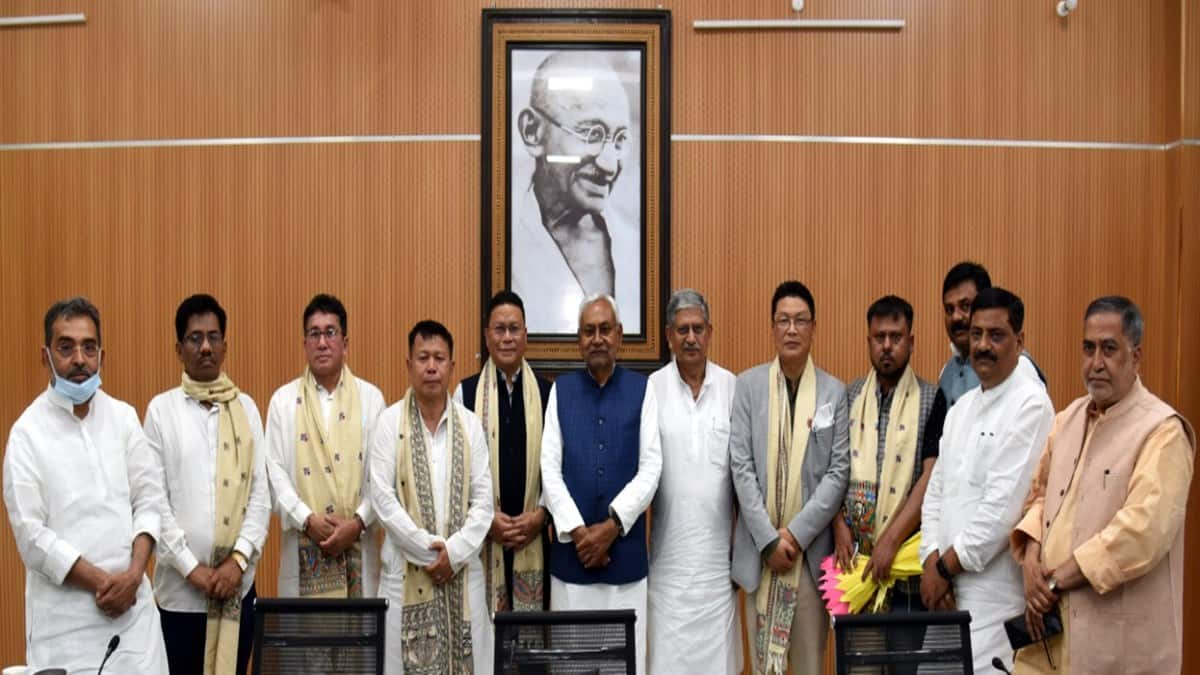 Yesterday, an independent candidate Nishikant Singh Sapam who won the elections from the Keishamthong assembly constituency, extended his support to the saffron party.

Manipur election result has been announced and the BJP is set to retain power, though with a comfortable majority alone this time. While the saffron party has one MLA more than the majority mark of 31 in the 60-member assembly, the party has found support from its long-time ally Janata Dal (United) which has announced to support the BJP in government formation. In a communique press, the JD (U) also appealed to the BJP to honor the mandate given to it by the people of Manipur.

The JD (U) also announced that Khumukcham Joykisan Singh has been elected as the Leader of Legislature Party and Ngursanglur Sanate as the Deputy Leader of the legislature party.

“The JD (U) is pleased to convey that the party Legislators has unanimously elected Khumukcham Joykisan Singh as the Leader of Legislature Party of JD (U) in the presence of Afaque Ahmad Khan, National General Secretary, Incharge North-East, Senchumo Nsn Lotha, Convenor, North East Executive Council, JD (U) and Aneel Hegde, National Returning Officer, JD (U). The JD (U) is also pleased to select Ngursanglur Sanate, as the Deputy Leader of Legislature Party of JD (U) and Mohd Abdul Nasir as the Chief Whip of the JD (U), ”said the party.

Speaking to Financial Express Digital, Afaque Ahmad Khan said that all the elected MLAs had a meeting with party chief and Bihar Chief Minister Nitish Kumar in Patna yesterday and a decision was taken to support the BJP in government formation. However, he ruled out being a part of the N Biren Singh-led cabinet saying that the BJP already has a majority.

Yesterday, an independent candidate Nishikant Singh Sapam who won the elections from the Keishamthong assembly constituency, extended his support to the saffron party. The JD (U) has emerged as the third-largest party in the northeastern state winning six seats. The National People’s Party emerged victorious in seven seats to secure the second position in the polls.