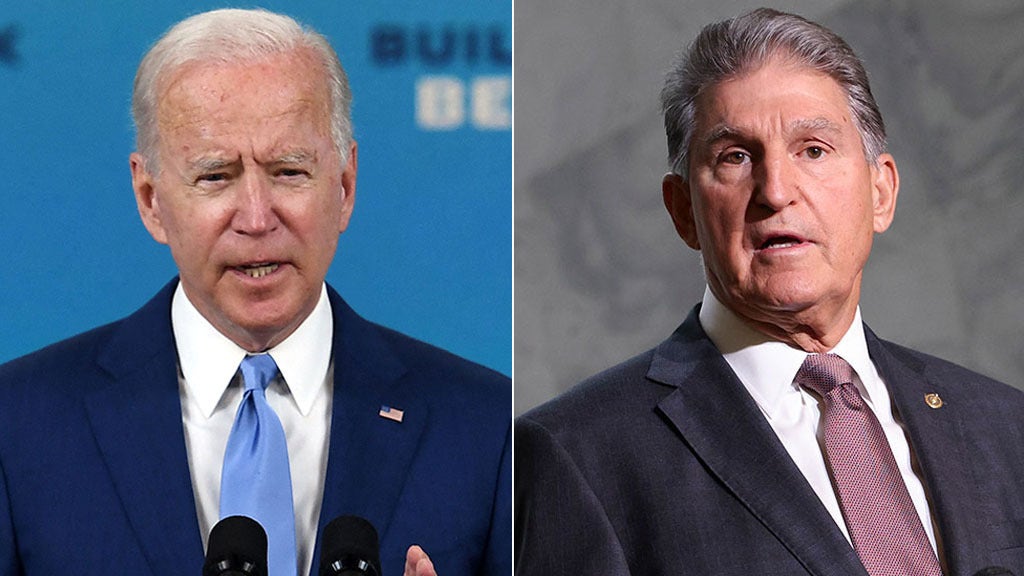 The Democrats’ inflation bill includes a provision from the Build Back Better Act (BBB) ​​which a nonpartisan analysis deemed the “most economically damaging provision.”

The Inflation Reduction Act, introduced last week by Sen. Joe Manchin, DW.Va., would introduce a 15% minimum tax on corporate book income, or the income that corporations list on public earnings reports. However, the same tax was included in BBB, President Biden’s budget proposal that Manchin ultimately tanked over concerns the bill would dampen economic growth and worsen inflation.

The Tax Foundation, a nonpartisan tax policy research group, characterized the provision as a particularly harmful provision of BBB.

MOST AMERICANS WILL FEEL TAX PAIN FROM THEM INFLATION BILL DESPITE BIDEN’S PAST PROMISES: ANALYSIS

“The proposed 15 percent minimum tax on corporate book income is the most economically damaging provision in the bill,” the Tax Foundation’s analysis of BBB stated in December.

The analysis concluded the corporate minimum tax would cost roughly 27,000 jobs and reduce gross domestic product by 0.1%. The tax provision would also lead to lower wages, according to the December study.

While the Tax Foundation has not issued a similar analysis of the Inflation Reduction Act, William McBride, the group’s vice president of federal tax and economic policy at the Tax Foundation, said the bill would cause economic damage. He noted that the Federal Reserve’s attempt to halt inflation from increasing is likely to trigger a recession within the next 12 months.

“In such conditions, it would be extremely unwise to raise taxes, especially the type of taxes advocated by this administration, which would do excessive harm to the economy,” McBride wrote in a blog post on July 27.

Separate analyzes from the Penn Wharton Budget Model and the National Taxpayers Union Foundation concluded that the Inflation Reduction Act would not reduce inflation.

“Unfortunately, the ‘Inflation Reduction Act’ doubles down on the same irresponsible fiscal policy that has caused inflation: All of the new government spending is upfront, while the deficit-reducing revenues are backloaded,” Matthew Dickerson, the director for the Grover M Hermann Center for the Federal Budget at The Heritage Foundation, wrote on July 29. “The result would be higher short-term deficits and higher inflation.”

In addition, the Joint Committee on Taxation (JCT) published a report Friday that showed most Americans, including those who make less than $10,000, would face increased costs as a result of the bill. Republicans, including Senate Finance Committee ranking member Mike Crapo, R-Idaho, highlighted the report and slammed Democrats for pushing a bill that “raises taxes on the middle class.”

But Democrats argued the JCT analysis was incomplete and did not factor in the bill’s energy, pharmaceutical and health care cost reductions.

“The JCT report that we’re currently seeing is incomplete because it omits the actual benefits that Americans would receive when it comes to prescription drugs, when it comes to lowering energy costs, like utility bills,” White House press secretary Karine Jean-Pierre told reporters Monday. “It does not include that.”