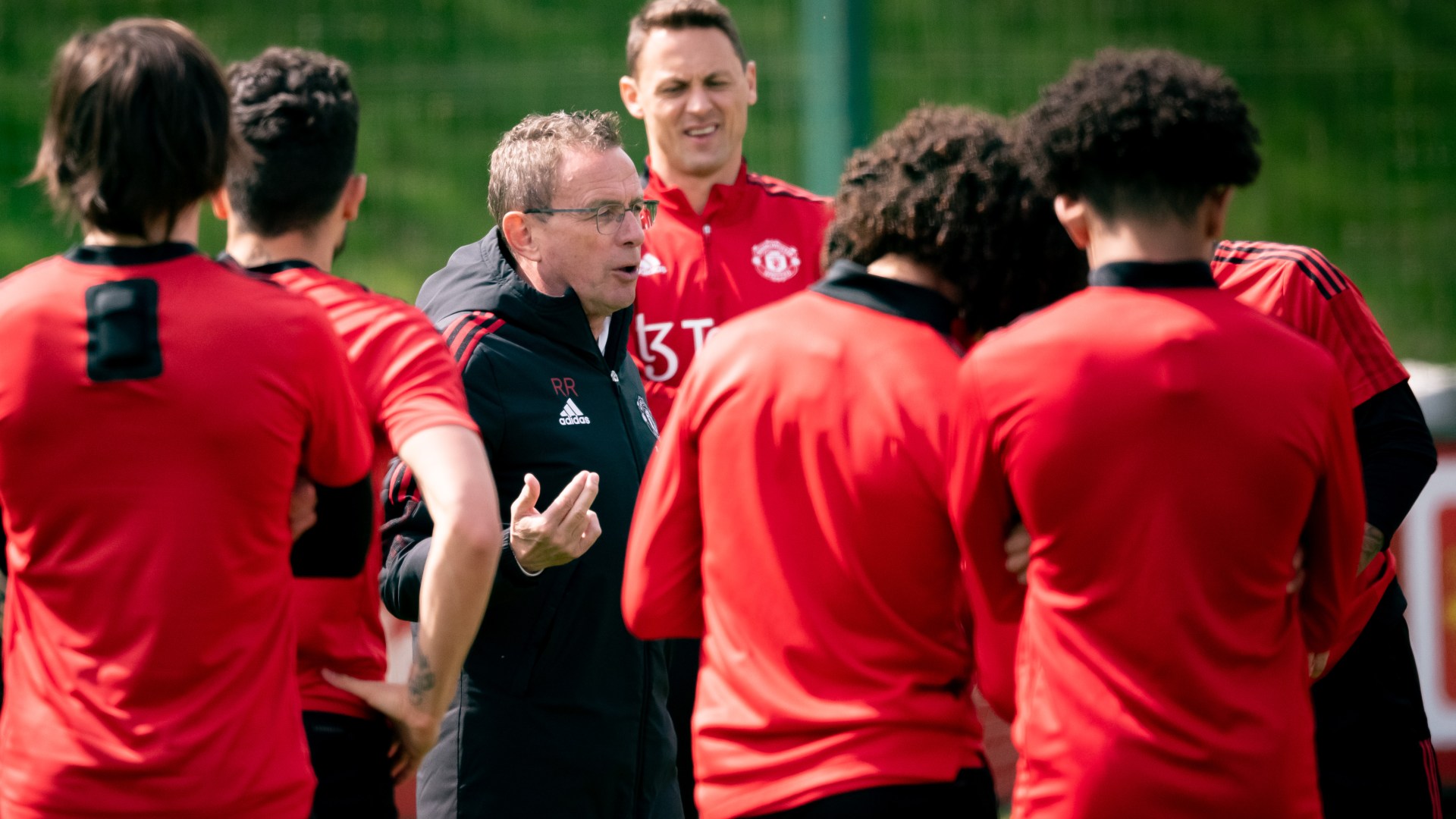 Manchester United’s season reached a new low on this week when two senior players had to be separated in a training ground bust-up.

The Sun reports that incident happened on Thursday afternoon towards the end of their session at their Carrington base.

While the players involved have not been named and arguments during competitive training sessions is nothing new, it is said this scrap left players ‘stunned’ and was severe enough that manager Ralf Rangnick chose to bring the session to a premature end before ordering the team back to the dressing room.

This comes after the squad were granted four days off following their 4-0 Premier League defeat against Brighton, with United not playing again until they face Crystal Palace on week on Sunday.

While fans are desperately waiting for this disastrous season to come to an end, there’s going to be plenty of work for incoming boss Erik ten Hag to do.

Former West Ham striker Carlton Cole was discussing United’s future under Teg Hag during his appearance on The Sports Bar and believes it could take five years to address the ‘virus’ in the dressing room.

He said: “The players than Man United have at their disposal have not done well for them.

“You can not just look at the players, it’s about the management, but even higher up still it’s in the boardrooms.

“They have not set the culture at the club in terms of managers. It’s been like a revolving door since Sir Alex Ferguson and they’ve not been able to settle down.

“It starts from there and then what you buy on the pitch turns into results.

“They’ve got some of those things sorted, but how long is this going to take? If it’s a five-year project it’s going to take two or three windows to get the players in and also to get them out, because that’s the most important bit.

The players in that changing room could be a virus. ”

Bet Of The Weekend