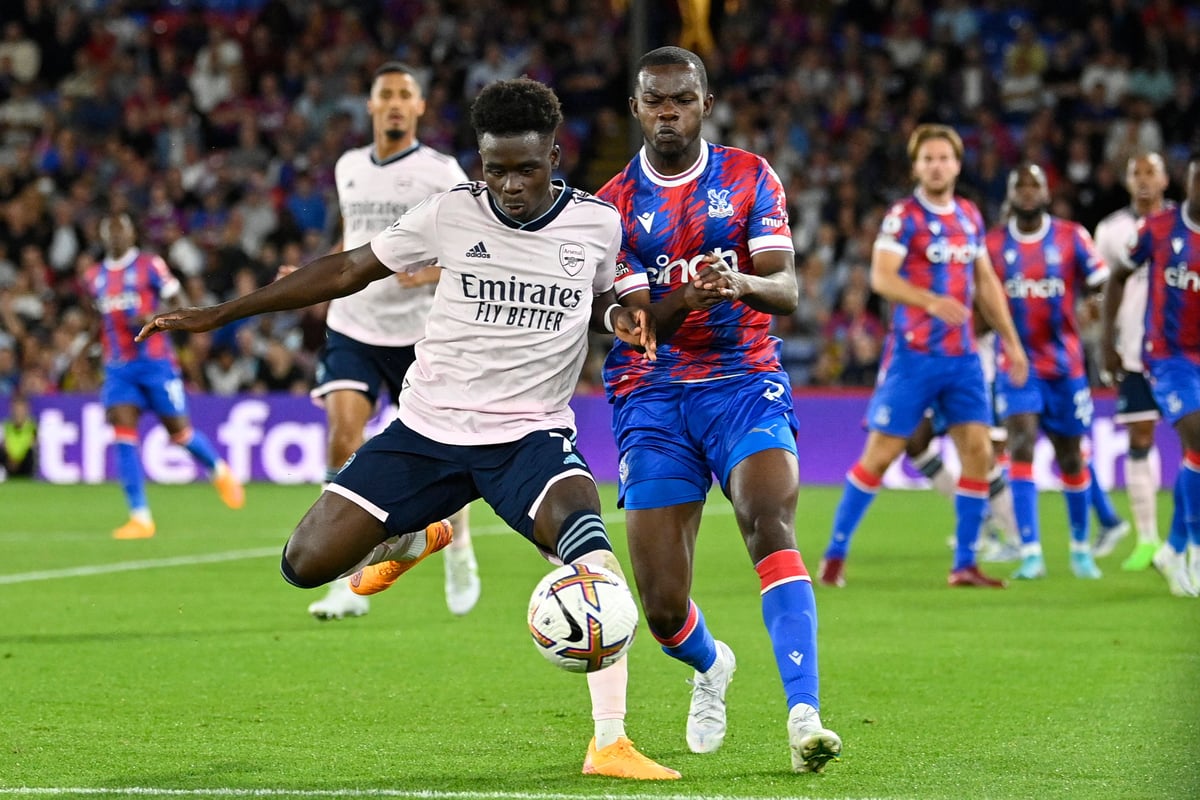 The London rivals provided an entertaining start to the new Premier League season.

Manchester United legend Gary Neville praised Arsenal’s strength after they claimed a 2-0 win at Crystal Palace on the opening night of the new Premier League season.

The Gunners banished memories of last season’s opening day defeat at newly-promoted Brentford with a promising display at Selhurst Park.

An early header from Gabriel Martinelli and a late own-goal from England defender Marc Guehi was enough to get Mikel Arteta’s side off to a winning start against their London rivals.

Former England defender Neville believes the Gunners boss will be as satisfied with a hard-earned clean sheet as much as the three points after his side withstood some heavy pressure during the second-half.

Neville told Sky Sports: “Arsenal will be really pleased with the victory after what happened last season on the opening night.

“I thought in the second half, the pleasing thing for Arsenal was the clean sheet.

“They were put under a lot of pressure by Crystal Palace, Patrick Vieira threw everything at them but they withstood it and Palace have some really skilful players that can go one-on-one with you.

“Arsenal stood up to it and that will be the most pleasing thing. They weren’t at the best in the second-half, but the defenders did their job and the structure of the team held together.”

Neville was also impressed with Palace and pointed to their second-half display as a reason to suggest they will recover from the defeat.

Patrick Vieira’s side threatened to haul back his former club during an energetic display after the interval but were unable to make the most of a number of promising situations in and around the Gunners area.

“The football we saw in that first 10 to 15 minutes, if they (Arsenal) can replicate that in parts of games they blow teams away,” explained Neville.

“Palace got back into it, and obviously they’ve had a disrupted pre-season, but they’ll get better as well.

“Jamie Carragher made a good point in commentary that they’ll be happy with what they’ve done tonight because they threw everything at Arsenal.

“It was a strong performance from Arsenal.”

Arsenal kick off their home fixtures for the season next Saturday when Leicester City visit the Emirates Stadium, with Palace facing a tough-looking trip to Liverpool on Monday week.