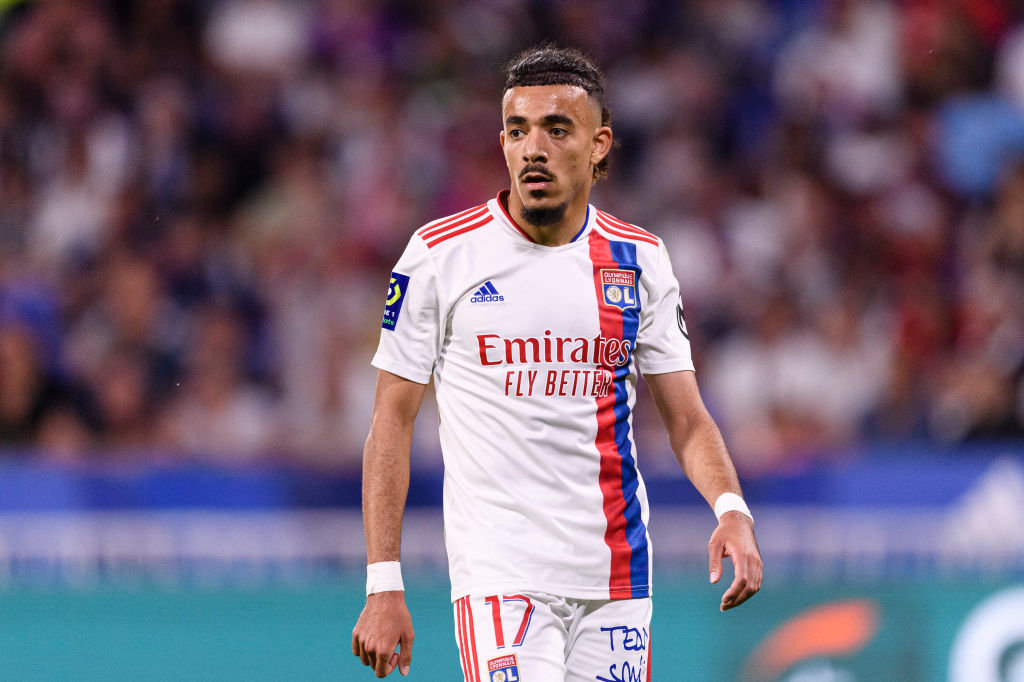 Manchester United are interested in signing talented Lyon right-back Malo Gusto, according to reports in France.

L’Equipe reports that the Red Devils are ready to go toe-to-toe with Barcelona to sign the France Under-21 international.

With Aaron Wan-Bissaka not forming part of Erik ten Hag’s plans and the underwhelming £50m signing linked with a return to Crystal Palace, the former Ajax manager is looking to sign another right-back to provide stern competition to Diogo Dalot.

With Ethan Laird at Queens Park Rangers on a season-long loan and uncertainty surrounding Brandon Williams’ future, the Dutchman will want to bring a player in before sanctioning Wan-Bissaka’s departure.

Thomas Meunier and Sergino Dest have also been linked with moves to Old Trafford this summer.

After hijacking Lyon’s deal to sign Tyrell Malacia from Feyenoord, signing their 19-year-old right-back is likely to be met with resistance from Les Gones.

The 19-year-old made 37 appearances for the Ligue 1 giants last season, registering five assists, in what was a breakthrough campaign for the teenager.

The report from L’Equipe states that Lyon will not allow Gusto to leave this summer, but with two years left to run on his contract – the Reds could put together a package that may tempt them into selling.

Manchester United and Barcelona have reportedly contacted Gusto’s representatives about a summer move.

Such is the Catalans’ well-documented financial issues, United should be able to press ahead in negotiations and steal a march on the La Liga powerhouse.

Ten Hag’s recruitment model so far this summer has been to sign players that he has knowledge and prior experience of working with.

A move for Gusto would represent a change in that philosophy and signing one of the most talented right-backs across Europe would be an exciting piece of business.