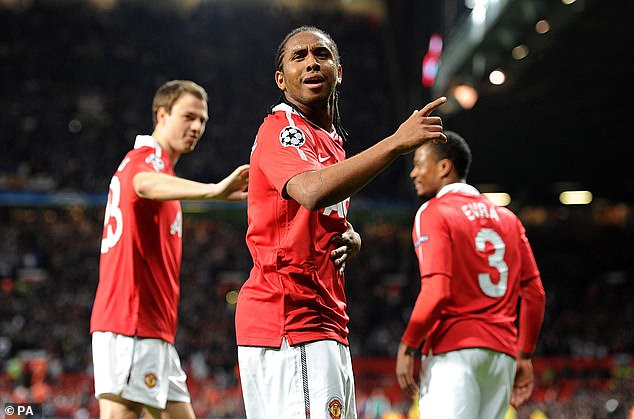 Manchester United flop Anderson ‘could have been the best player in the WORLD’, claims ex-Red Devils keeper Ben Foster … but the Brazilian, who loved McDonald’s and retired at just 31, ‘did not care about ANYTHING’

By Daniel Davis For Mailonline

Former Manchester United goalkeeper Ben Foster has insisted that Red Devils flop Anderson could have been the ‘best player in the world’, but believes the enigmatic midfielder was held back because he ‘did not care about anything’.

He failed to reach his potential at United and, according to former team-mate Rafael da Silva, also loved McDonald’s – and Foster, another ex-Red Devil, has now opened up on how Anderson stunted his own journey to the top of the game .

Speaking on the UTD Podcast, he said: ‘He could have been the best player in the world at one point, I promise you he could have.

‘Everybody would say that he could have been the best in the world at one point. But he just did not care, he did not care about anything.

‘Honestly, he did not care about anything. You put him on a pitch and he was like that.

‘Carlos Tevez was the same sort of thing. Put him on the pitch and oh my god.

Anderson famously found the back of the net in United’s penalty shootout victory against Chelsea in the 2008 Champions League final in Moscow.

In each of his first two seasons at the club, he played 38 games, before his playing time took a severe hit due to his struggles with injuries and fitness.

Meanwhile, in his joint autobiography with twin brother Fabio, Rafael shed light on Anderson’s penchant for fast food during his stint at United.

He said: ‘We could be on the team coach and pass the services on the motorway and Anderson would jump up impulsively and yell “McDonald’s, McDonald’s”.

‘The guy was crazy, but I love him.

‘Give him a football and he would just play with freedom and sometimes, if he got a good run of games, he could play as well as any player in the league.

‘Not only that, but when he was playing well, we were playing brilliant football.

‘He picked up a lot of big injuries and then his problems with eating the way he did started to affect him.’