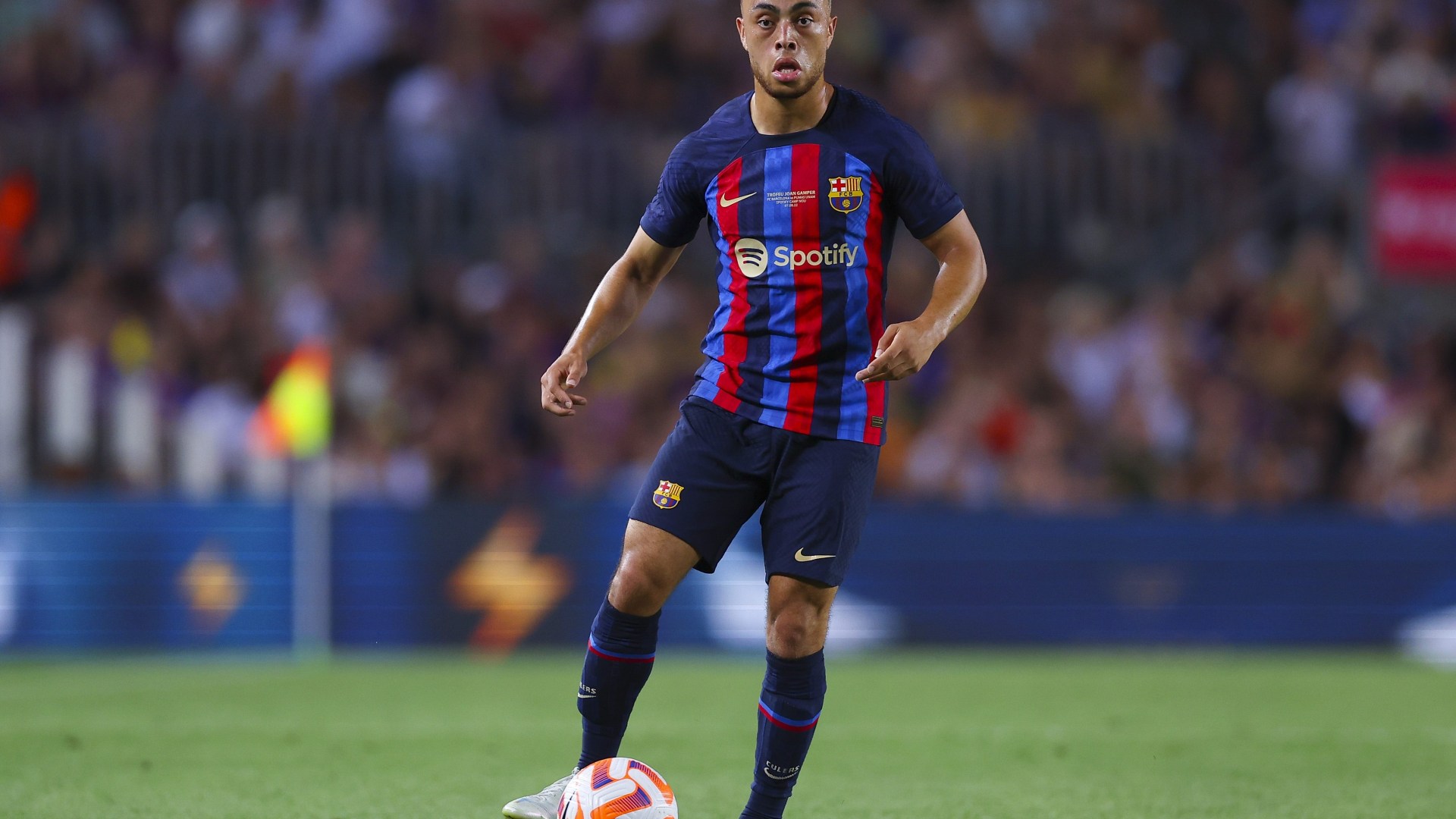 Dest, who played under Erik ten Hag at Ajax, is valued at around £17million.

It’s been a chaotic summer and start to the season at Old Trafford – the Red Devils are currently bottom of the Premier League with two defeats in as many matches.

Although Man United have recruited Lisandro Martinez, Tyrell Malacia and Christian Eriksen this summer there is a feeling the club needs to make many more signings.

And it appears their wishes are being granted with Man United on the verge of signing Atletico Madrid forward Matheus Cunha in a £42 million deal.

And now they could sign Dest, who has 17 caps for the USA national team to his name.

The 21-year-old was born in the Netherlands and began his career with Ajax.

Nunez ‘a good boy’, says Klopp amid calls for Liverpool man to get five-match ban

He broke into their first team in the 2019/20 season, meaning he’s worked with Ten Hag before.

However, Dest left the Eredivisie side to join Barca in October 2020. Dest has made 72 appearances for the LaLiga giants.

Man United have been heavily linked with Dest’s Barca teammate Frenkie de Jong but hopes of the Dutch midfielder joining Old Trafford appear to be fading with Chelsea the more likely to sign him.

Victim Of The Day

PADDY POWER ALL CUSTOMERS: Bet £5 via the talkSPORT EDGE app with Paddy Power and get a £5 free bet – available to all customers* – CLAIM HERE

Paddy Power All Customers: Place a £5 Sportsbook Bet through the talkSPORT EDGE app between the 1st and 31st August. Get a £5 free bet on the next Monday after your qualifying bet. T&C’s apply. 18+ Begambleaware.org

Betfair: 18+. New customer offer. Bet £10 on SBK on the 13:50 York, Wednesday, 17th August. Get a £10 free bet for each of the remaining races on the card (£60 in total). Only deposits with Cards apply (Apple Pay deposits excluded). T&C apply. begambleaware.org