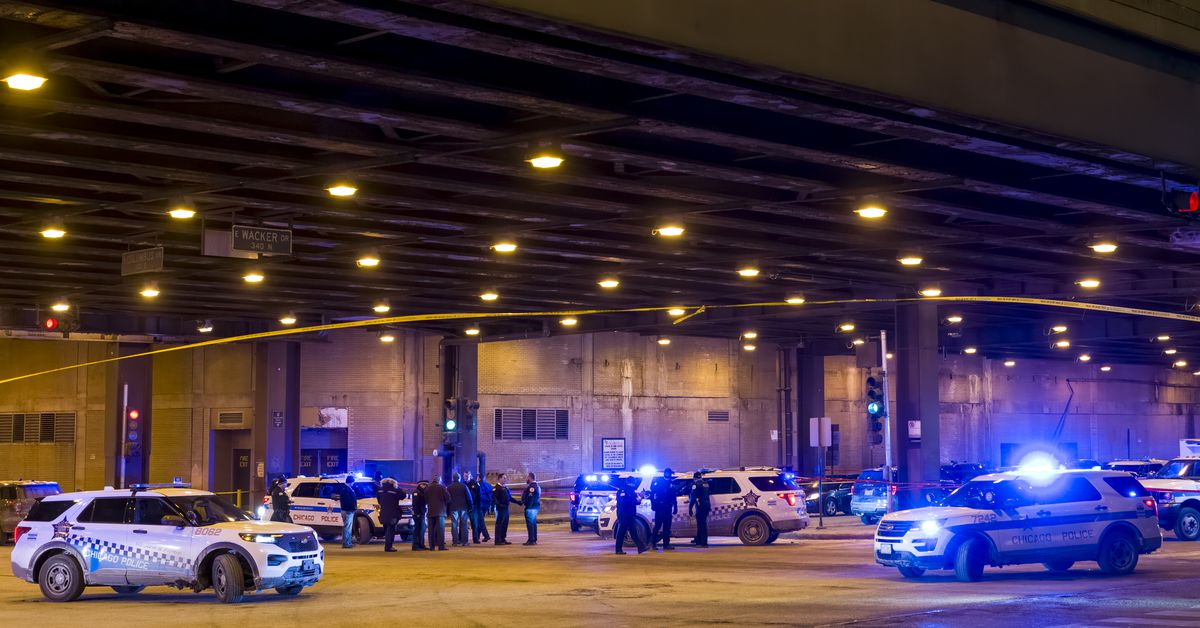 A man was seriously injured in an altercation with police Wednesday night on Lower Wacker Drive in the Loop, officials said.

Two Chicago police officers were admitted to the hospital after the incident but did not receive gunshot wounds, officials said.

Just before At 9 p.m., officers tried to stop a vehicle recently taken in a car wreck, according to preliminary information from Chicago police. Officers approached the vehicle in the 200-block of East Lower Wacker Drive, and there was an “exchange of shots,” police said.

Two people, also in the car with the 25-year-old, have been remanded in custody, according to police. Two weapons were also found at the scene.

Brian Burns was facing a red light on Lower Wacker Drive when he saw police driving at speed toward a vehicle that stopped in front of him. Burns said he saw an officer come out with his weapon pulled as the vehicle attempted to reverse.

Burns then decided to back his car away from the area, saying he heard gunshots as he drove away. Within a minute, Burns said he saw dozens of police cars arriving at the scene.

The Civil Police Bureau of Investigation will investigate the incident.

This is a development story. Come back for details.