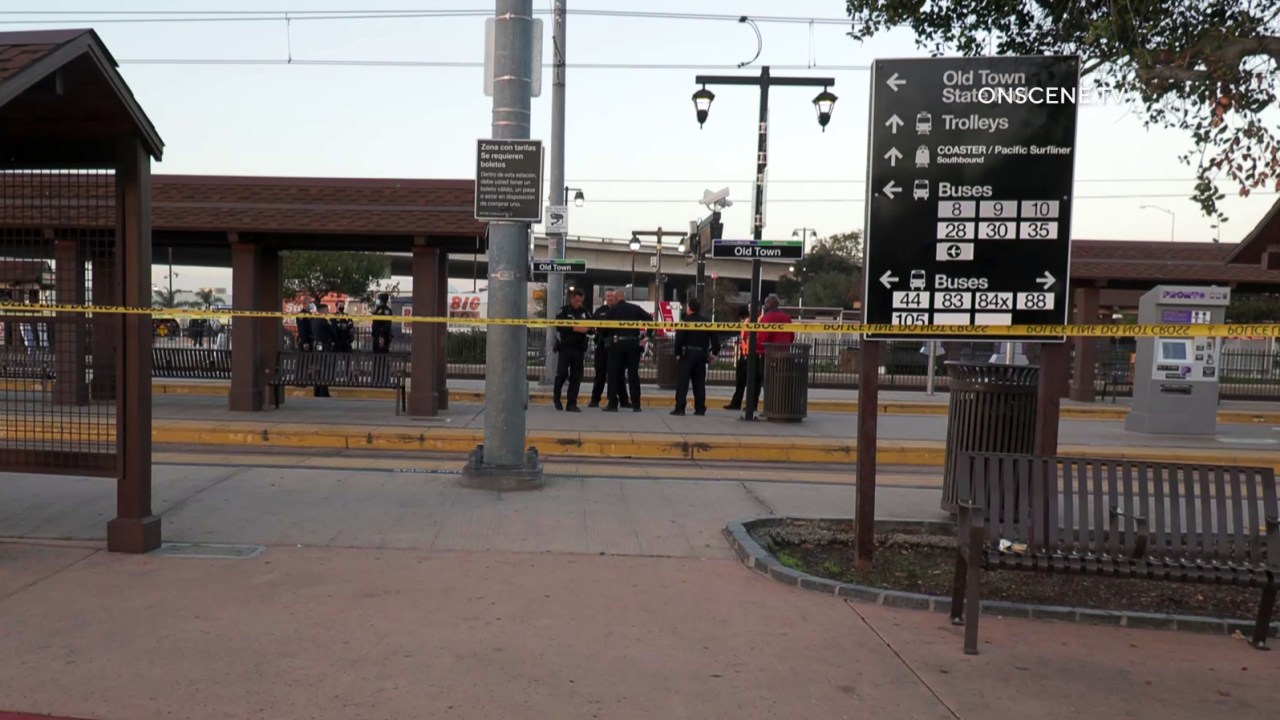 Editor’s Note: This article has been updated to reflect a more detailed statement from the police describing the attack as unprovoked.

SAN DIEGO – A man was pushed to the rails and killed by an oncoming train in an unprovoked attack on the trolley station in Old Town on Saturday morning, according to police.

Around 6:15 p.m., trolley security called police to tell them there was a man down on the platform at the station off Taylor Street near the Pacific Highway, the San Diego Police Department said in a press release.

Watch: These were San Diego’s most watched stories, videos from 2021

Detectives learned that two men had just gotten out of a carriage and were walking on the platform when one pushed the other into the passing freight train. “Although it is still early in the investigation,” authorities said, it appears the attack came “without provocation.”

Officers and paramedics arrived to confirm that the man had been killed. He was identified, but his name has not been released to the public.

The man who pushed the victim into the train boarded a trolley and left the area, the SDPD said. He was described as a “light-skinned man”, about five feet, eight inches tall with a thin build, wearing completely black clothes.

There was surveillance video of the attack, which police hoped to use to track down the suspect, Lieutenant Andra Brown told OnScene TV.

“We very much hope that we will have a solution to this issue,” Brown said. “Anyone with information we ask to call the San Diego Police Department or Crime Stoppers. They can remain anonymous if they wish.”

The train service was shut down at the station Saturday morning while police investigated it, but it was back to normal by 12:30 pm, according to North County Transit.