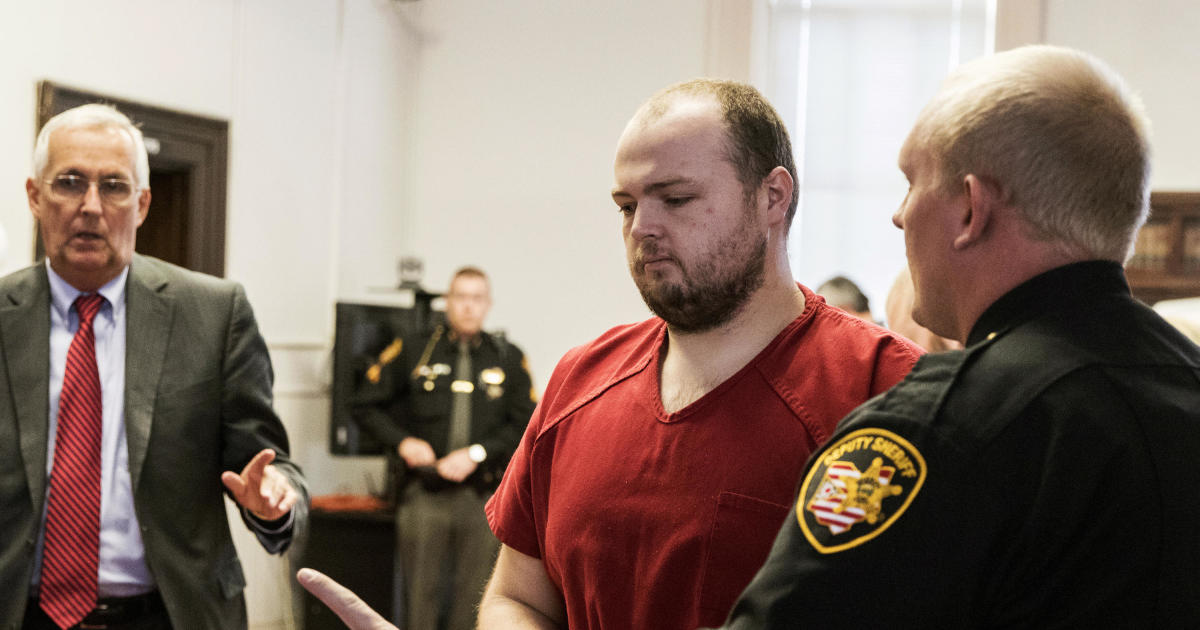 Jurors convicted a man Wednesday in the killings of eight people from another Ohio family after weighing his denials and other testimony against the word of witnesses including his brother and mother, who previously pleaded guilty for their roles.

George Wagner IV, 31, was found guilty of all 22 counts he faced in southern Ohio’s Pike County, including eight counts of aggravated murder in the 2016 shootings of seven adults and a teenager from the Rhoden family. Wagner sat motionless as the verdicts were read, closing his eyes or looking down.

Members of the Rhoden family, who filled the courtroom in Waverly, about 80 miles east of Cincinnati, hugged each other and wiped away tears moments after Wagner was led away in handcuffs.

Tony Rhoden, whose brother, Christopher Rhoden Sr., was among the victims, said he felt sorry for Wagner “because he is human.”

“George Wagner is human. They just didn’t show it on that night,” Rhoden said outside the courthouse. “It should have never happened.”

Prosecutors say the gruesome slayings, which initially spurred speculation about drug cartel involvement, stemmed from a dispute over custody of Wagner’s niece. The fatal shootings at three mobile homes and a camper near Piketon in April 2016 terrified residents and launched one of the state’s most extensive criminal investigations.

Wagner denied any knowledge of his family’s involvement in the killings and testified that he wouldn’t have let it happen if he had known of the plans.

Prosecutors argued that he did know, participated in the plans and should therefore be convicted in the killings. Though he wasn’t accused of shooting anyone, they alleged that Wagner was with his brother and father when they went to the homes, that he went inside with them and that he helped his brother move two bodies.

His younger brother, Edward “Jake” Wagner, pleaded guilty to aggravated murder and other charges and agreed to testify against George and their parents in a deal to help the family avoid potential death sentences.

Their mother, Angela Wagner, pleaded guilty to helping to plan the slayings. Their father, George “Billy” Wagner III, pleaded not guilty in the killings and awaits trial.

Ohio Gov. Mike DeWine, who oversaw much of the investigation while he was the state’s attorney general, said the case involved more than 5,000 pieces of evidence. He thanked the jury, calling it “one of the longest, if not the longest, trials in Ohio history.

He said he hopes the victims’ families take comfort in knowing George Wagner IV was convicted and will be punished.

Most were shot repeatedly in the head.

Ohio Attorney General Dave Yost said in a statement after the verdicts that investigators spent countless hours on the case and that it “reinforces the team’s dogged determination to secure justice for the victims and their families.”

Prosecutors say the Wagner family planned the killings for months, motivated by a dispute over custody of the daughter Jake Wagner had with Hanna Rhoden. Authorities said that child was staying with the Wagners when the killings happened.

Three other young children from the Rhoden family who were at the scenes were not hurt.

Jake Wagner pleaded guilty on the fifth anniversary of the killings and apologized in court. He has not been sentenced, but his lawyer said he understood that he would spend his life in prison.

A sentencing date will be scheduled later for George Wagner IV. In addition to the aggravated murder counts, he was convicted on Wednesday on charges including conspiracy, tampering with evidence, obstructing justice and engaging in a pattern of corrupt activity.

Smalley to join Reuters as a cybersecurity correspondent