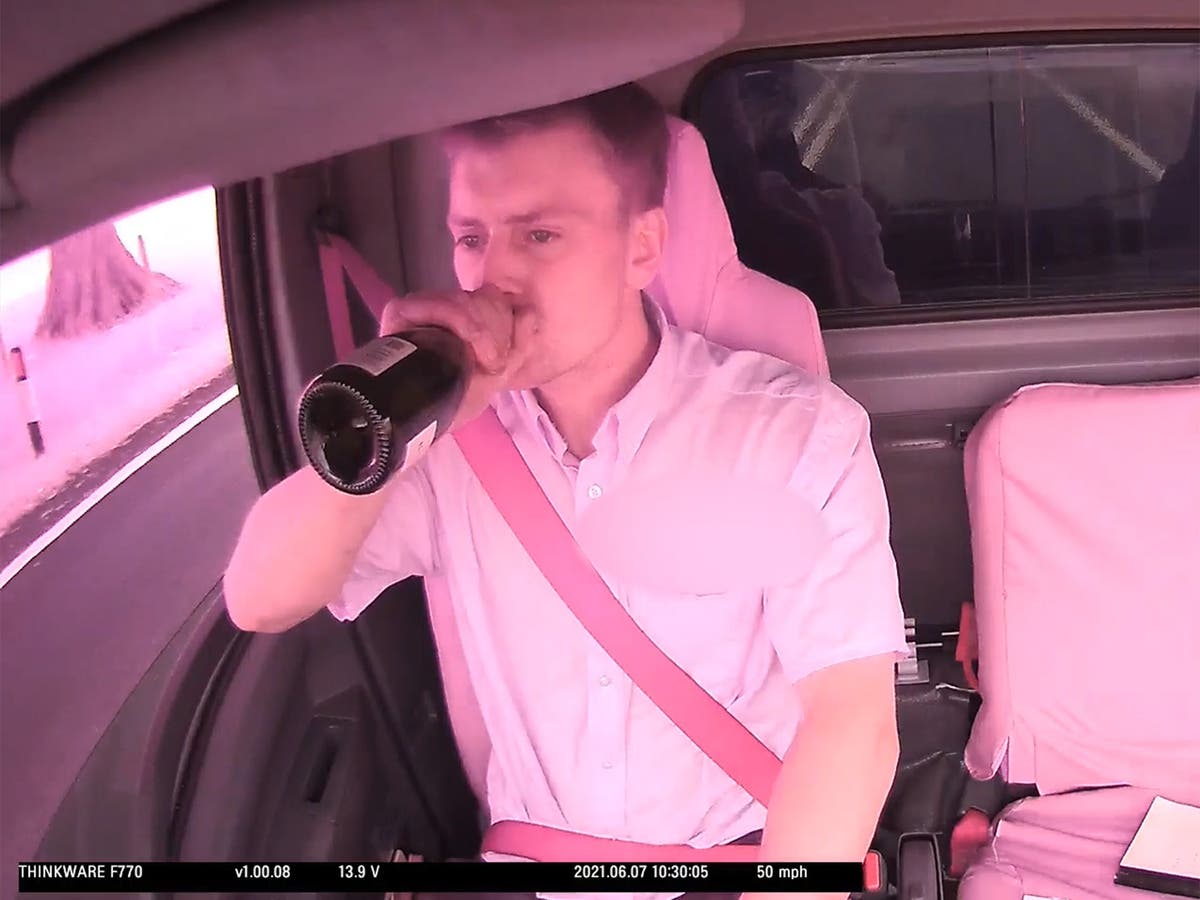 A man who drank champagne and rolled a cigarette while driving a work van has been handed an eight-month jail sentence and a lengthy driving ban.

Mason James Cowgill was caught on an in-cab camera drinking from a bottle of Bollinger and using his phone to make phone calls while driving along a road in North Yorkshire last June.

The 27-year-old did not have his hands on the wheel at several points during the eight-mile journey – including when he was seen rolling a cigarette.

He eventually crashed into the back of a car that was stopped in traffic, causing damage but no injuries.

Cowgill exchanged details with the car driver but left the scene before police arrived and again made phone calls while driving.

He reported the crash to his boss, who sacked him after reviewing the in-cab footage and seeing him drinking at the wheel.

Cowgill pleaded guilty to dangerous driving in court and was jailed for eight months. He was also banned from driving for 32 months and ordered to take an extended retest.

PC Babs Parsons of North Yorkshire Police said: “Cowgill is lucky he did not kill or seriously injure anyone that day.

“The manner in which he drove demonstrated a clear danger to other road users and I’m amazed he did not cause any more collisions.

“This was not a momentary lapse in concentration, this is a sustained period in which Cowgill paid very little or no attention at all to the road and was clearly not in control of the van he was driving.

“I thank the owner of the van for bringing this footage to our attention as it has enabled us to take a very dangerous driver off the road.”