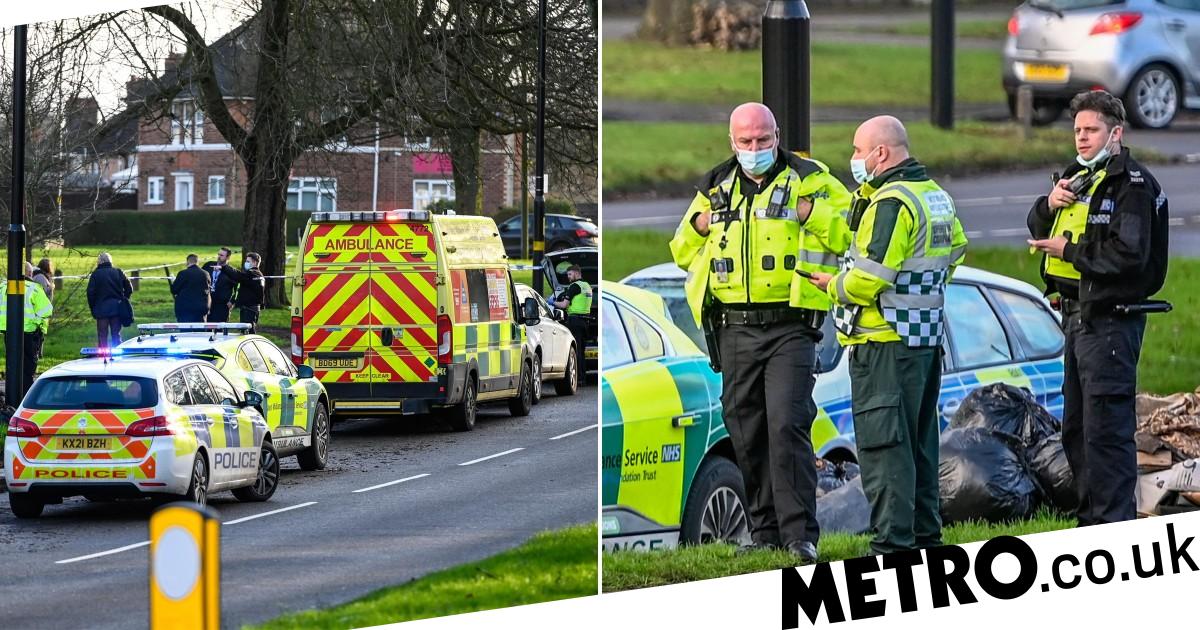 A murder investigation is underway after an elderly man died after a suspected street fight near a church.

Police were called to Bartley Green in Birmingham at 12.37pm on Sunday 9 January, where they found the 71-year-old in cardiac arrest farms from St Gabriel’s Church.

Despite the best efforts of the ambulance people, who took over the treatment from the officers who first arrived at the scene, the pensioner was declared dead there shortly after. His family has been notified.

Two men aged 47 and 31 and a 36-year-old woman have been arrested on suspicion of murder, while the latter two are also charged with assault.

All three remain in custody while the investigation continues.

Detectives from West Midlands Police are now trying to put together events in an attempt to understand how the pensioner came to suffer from a fatal cardiac arrest.

Detective Inspector Ranjit Sangha said: ‘We have a team of detectives working hard to understand what happened yesterday.

‘It includes who was involved, what roles they played and why they fought.

‘We know there was a fight and passers-by seem to have tried to calm the situation.

‘If you were one of these people and have not yet spoken to us, please contact us.’

Police have also appealed to people to come forward with any CCTV, doorbell camera or dashcam footage that may have captured the incident or its construction.

Get in touch with our news team by sending us an email at webnews@metro.co.uk.

For more stories like this, check out our news page.

Get the latest news you need to know, feel-good stories, analytics and more