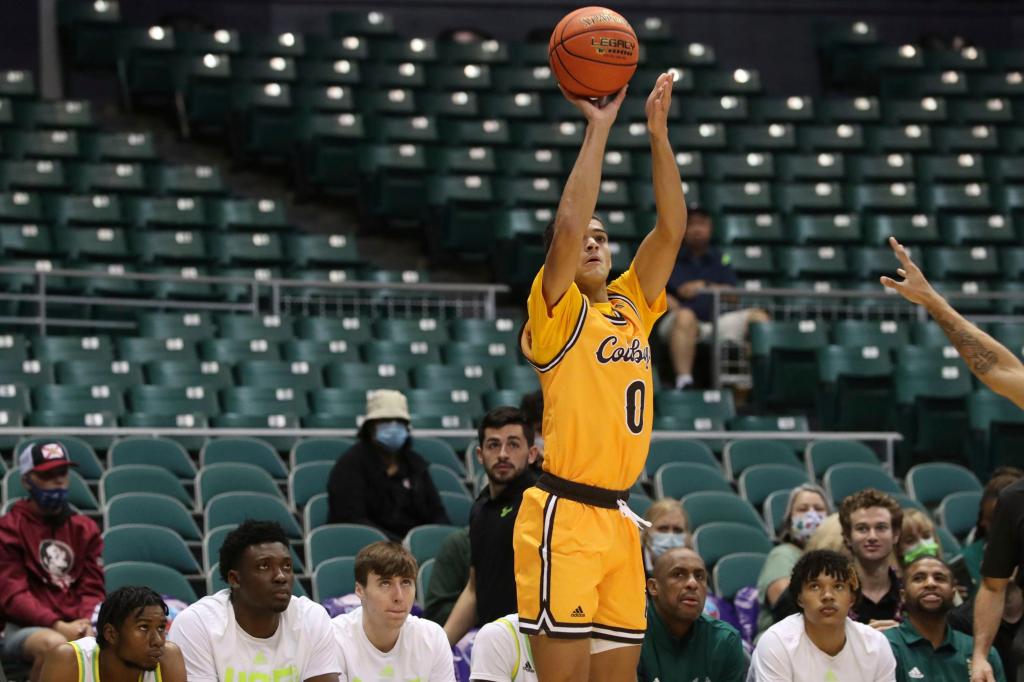 He scored 6 points in one game with the Denver Nuggets summer league team after going undrafted.

Simpson, who played for the Magic at Las Vegas summer league, appeared in four games for the Oklahoma City Thunder last season where he averaged 11 points and 7.5 assists. A 6-foot point guard noted for his hook shot — yes, his hook shot — and defense but not his overall shooting touch (36.5% overall; 12.5% ​​on 3s), Simpson went undrafted in 2020 after spending four seasons at Michigan.

He has had Exhibit 10 deals with the Thunder and LA Lakers and has spent two seasons with the G League’s Oklahoma City Blue.

Exhibit 10 deals are 1-year, minimum salary contracts that allow a player to be a part of training camp and are often non-guaranteed — allowing teams to waive the player without taking a cap hit.

Exhibit 10 contracts include bonuses ranging from $5,000-$50,000. Players receive the bonus if they sign with the organization’s G League affiliate after being waived by the NBA team, depending on how much time they spend on the G League roster.

Teams can convert a player’s Exhibit 10 deal into a two-way contract before the start of the regular season.

The Magic now have the maximum 20 players allowed under contract in the offseason after signing Jeffries and Simpson — 15 on guaranteed standard contracts; one on a fully non-guaranteed deal (Devin Cannady); and Admiral Schofield and Kevon Harris on two-way contracts.

Teams must trim their rosters to 15 players on standard contracts (plus a pair of two-way players) before the 2022-23 regular season starts in October.