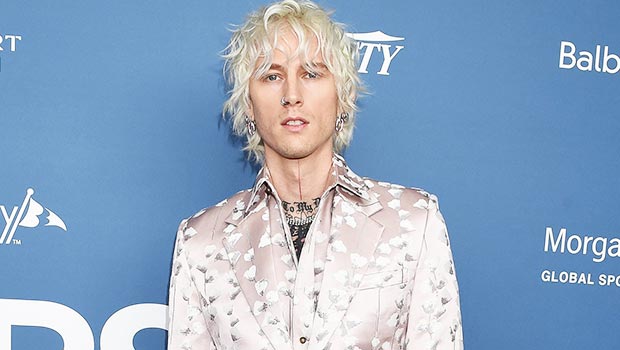 We can’t say we’re all that surprised. Machine Gun Kelly took to Instagram stories on Friday, December 16, to share a strange video clip with his 9.5 million followers. In the clip, which you can SEE HERE via TMZ, MGK (real name Colson Baker), 32, laid quietly with a bare stomach, recording several leeches writhing on his skin. His unmistakable web of body tattoos was clearly visible as he let the parasites squirm near his belly button. “My best friends,” he captioned the video.

He followed the blood curdling tidbit with a bit of good news. “MGK is set to break the record of biggest attendance for a concert in Europe of his career next year in Berlin, selling out the 22,290 capacity venue in 10 minutes today (only VIP left)” he reposted from @MGKSpain. “Well Europe should be fun 2023,” he wrote alongside a purple devil emoji.

The “Emo Girl” rocker doesn’t seem to be inexperienced in the world of bloodsucking. His fiancée Megan Fox, 36, explained in an April interview with Glamour UK that the duo drank each other’s blood — but it’s not exactly what you think.  “Yeah. So, I guess to drink each other’s blood might mislead people or people are imagining us with goblets and we’re like Game of Thrones, drinking each other’s blood,” she explained to the magazine. “It’s just a few drops, but yes, we do consume each other’s blood on occasion for ritual purposes only.” The Transformers actress continued, giving some background on “a reason” for the practice.

“I’m much more controlled,” she said. “I read tarot cards and I’m into astrology and I’m doing all these metaphysical practices and meditations. And I do rituals on new moons and full moons, and all these things. And so, when I do it, it’s a passage or it is used for a reason. And it is controlled where it’s like, ‘Let’s shed a few drops of blood and each drink it.’”

Megan and MGK Megan first admitted to the blood-drinking practice in an Instagram post announcing their engagement in early 2022. “And just as in every lifetime before this one, and as in every lifetime that will follow it, I said yes…and then we drank each other’s blood,” Megan captioned a January 12 Instagram post, alongside a photo of MGK on his knee with a diamond and emerald engagement ring.

What Happens When Implants Become Abandonware?