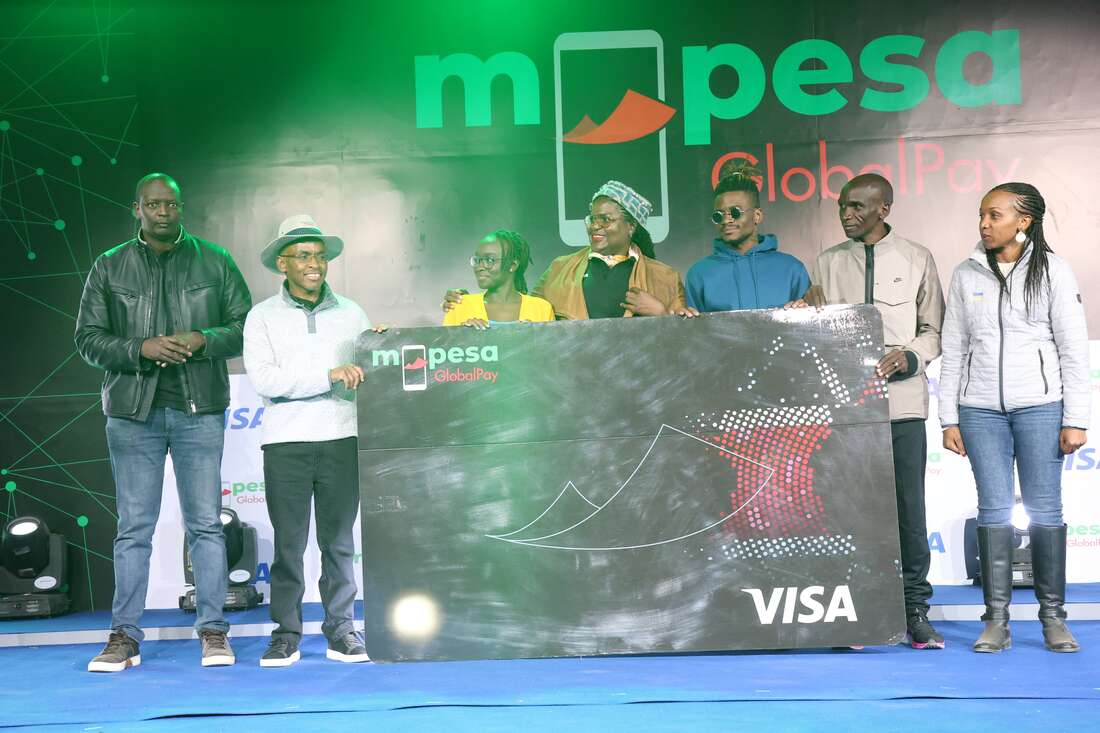 M-Pesa virtual Visa card is undercutting Kenya’s commercial banks with lower foreign exchange rates in the race to get a larger share of the country’s cross-border payments market.

The virtual card, which is initially available to more than 30 million M-Pesa users in Kenya, is charging Sh121.92 to the dollar for payments across Visa’s 61 million merchants.

Bank users will require more shillings while using their Visa cards for dollar-based payment, a signal that Safaricom is banking on pricing to gain market share in a business segment that has been dominated by the lenders.

M-Pesa overtook voice to become the biggest revenue earner for Safaricom, underlining the growth of the financial service.

Mobile money service revenue jumped to Sh107.7 billion supported by the return to charging of transactions below Sh1,000 and improved business activity, beating voice as the firm’s top earner.

The financial service now accounts for 38.3 percent of total revenue of Sh281 billion, ahead of voice’s contribution at 31.2 percent in the review period.

Safaricom has made applications to offer additional services on M-Pesa such as investments and insurance whose rollout awaits regulatory approval.

Lipa na M-Pesa, which was launched in June 2013, has aggressively recruited merchants across the country, including large and small businesses such as fuel stations, supermarkets, corner shops and eateries.

This has seen it take over the card payments – run by banks and their global payments technology partners such as Visa and Mastercard – that have largely focused on serving formal retailers.

Active Lipa and M-Pesa merchants grew by 72.8 percent to 387,000, highlighting the impact of increased preference for cashless transactions.

This means that the M-Pesa rate is cheaper by between Sh3.08 and Sh6.18 compared to those of Kenya’s top banks battling to capture some of Africa’s $ 40 billion-a-year subscriptions market.

The exchange rate has become a big issue in recent years after Kenya after strong dollar demand from various sectors outstripped thin inflows, pulling the shilling to record lows.

The shilling yesterday closed trading at Sh117.90 units against the dollar compared to Sh114.95 in April and Sh107.85 a year ago, making imports and foreign currency-based payments costlier.

“Partnering with Visa has enabled us to extend a very affordable Forex rate of only 3.5 percent which is one of the lowest in the market making foreign currency transactions more affordable for more than 30 million M-PESA customers in Kenya,” said M-Pesa Africa Managing Director Sitoyo Lopokoiyit.

“The M-Pesa virtual card seeks to further build on convenience by providing customers with an extremely affordable and secure way to make international online payments to millions of businesses such as Netflix, Google, Spotify, and many more directly from a customer’s balance,” Mr Lopokoiyit told the Business Daily.

Commercial Banks charge a commission of between four percent and seven percent on top of Visa’s exchange rate, which was yesterday quoted at Sh118 and matches the average buy price of Sh117.99 set by the Central Bank of Kenya (CBK).

The M-Pesa Global Pay Visa Virtual card will allow users to securely pay 100 million foreign merchants like Amazon and Alibaba from their mobile phones without credit cards or accounts with processors such as PayPal. The virtual card also targets the fast-growing subscription markets in Africa for services like Netflix and Spotify.

The virtual card is initially available to more than 30 million M-Pesa users in Kenya and has been rolled out to Tanzania, where testing is going on, Mozambique, Congo, Lesotho and Ghana by April 2023.

Transactions are subject to the M-Pesa platform’s limits of Sh150, 000 for a single transaction and a daily limit of Sh300, 000. Users will be able to use the virtual card while traveling abroad.

M-Pesa, which was started by Safaricom in 2007, allows users to transfer cash, make payments for goods and services, as well as save and borrow through partnerships with local lenders.

Previous attempts to integrate it with the global payments system include a 2018 deal with Western Union, which allows M-Pesa users to send money around the world.

International money transfers, which also include PayPal and Alipay, were one of the fastest-growing segments for M-Pesa revenue last year, although its share of sales remains quite small.