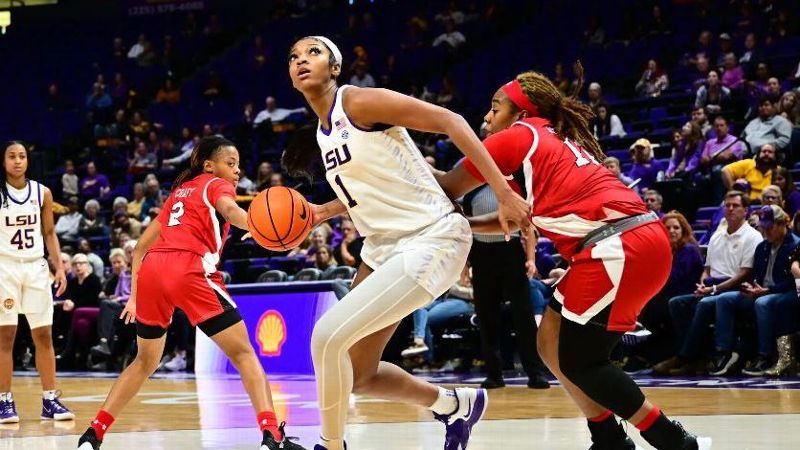 Reese finished with a career high 32, breaking her previous record of 31 set in this year’s season opener against Bellarmine. The Maryland transfer also led the team in rebounds with 15. Reese’s performance secured her tenth double-double in just as many games to open the season.

Freshman, Flau’jae Johnson, finished the night with 21 points and 8 rebounds. Johnson broke the 20-point margin for the second time in her career in Wednesday night’s win. Johnson scored 27 against Northwestern St. earlier this year.

Jasmine Carson was the only other Tiger to finish in double figures as she scored a dozen and went 4-8 from behind the arc.

Kateri Poole tied her career high assists as she racked up 7 total. This her fourth time to reach 7 in a game and her first time to do so at LSU.

The Cardinals were led by Sabrina Dean as she finished with 15 points and went 6-15 from the field. Portia Adams led the visitors in rebounds with 8 and was second in points with 14.

LSU will head to Maui, Hawaii for the weekend as it is set to face Montana State on Saturday and Oregon State on Sunday. The Tigers will then be off over the Holidays before returning to Baton Rouge ahead of the conference opener against Arkansas on December 29th.

Check back later for full recap.


Report: Logistics providers expect to increase use of robotics by 133% in 2023