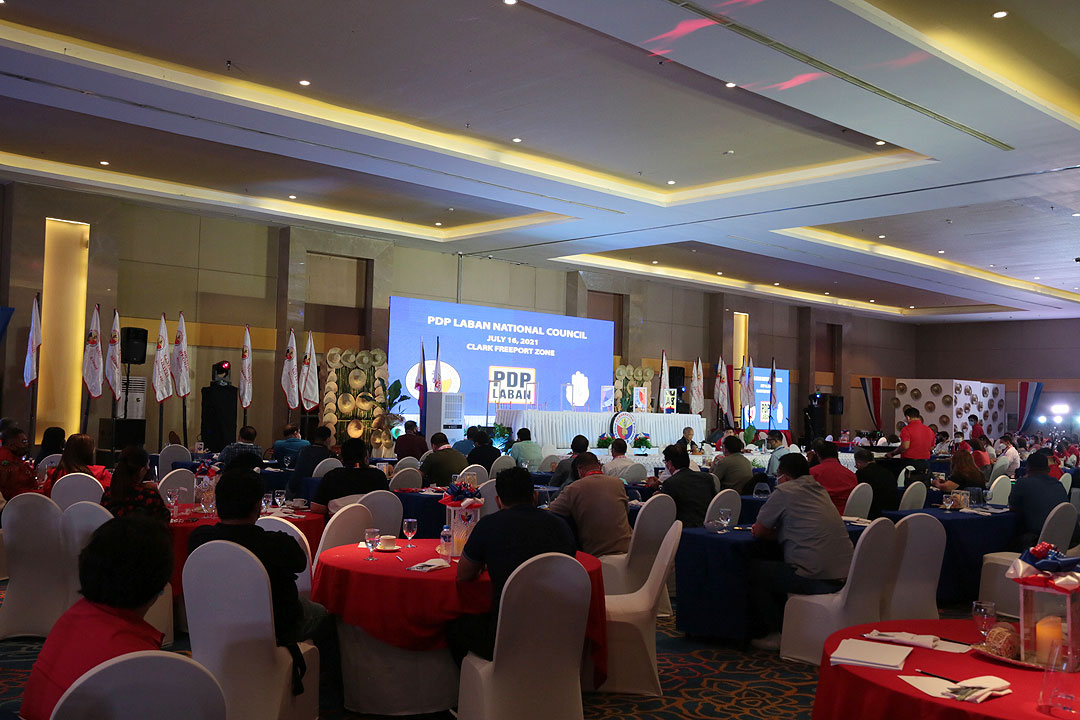 President Rodrigo Duterte has had a “cordial” meeting with him, during which he supposedly gave him advice on how best to govern. But he is yet to confirm his rumored decision to endorse Ferdinand Marcos, Jr. for the Presidency of this country of forgetfulness. Despite his tirades against him – he has described Junior as “a weak leader” – it seems only a matter of time before he does.

The so-called “Cusi wing” of the PDP-Laban (Partido Demokratiko Pilipino-Lakas ng Bayan) Party he supposedly still heads has endorsed Marcos Jr. Mr. Duterte’s advisers urged him to similarly do so on the argument that it is the late dictator’s son who can best protect him once he leaves office.

If he does not, it could mean that the Cusi band acted without his approval, and that he has lost complete control of the party he chairs (divided into at least two camps, its “Pimentel wing” is supporting his former ally, now turned critic Emmanuel “Manny” Pacquiao for the Presidency). But if he does, it would underscore the urgency of Mr. Duterte’s personal need for a protector, and the admission that he has much to answer for to this country and the civilized world.

Every lame duck President ends up ignored and forgotten once their terms end, but Mr. Duterte’s case is entirely different from those of his predecessors’. Many of those he has injured, among them the thousands of widows and orphans left behind by the alleged drug addicts and pushers his policemen killed during his failed “war on drugs,” are awaiting the end of his immunity from suit to call him and his cohorts to account by bringing them to court.

His daughter has always been his choice for President because she is the only one he thinks he can trust to protect him from, among other possibilities, indictment and prosecution for crimes against humanity by the International Criminal Court (ICC) and whatever other charges may be brought against him by the legions he has wronged during his six years in office.

He has, in fact, said so in so many words in the past, which makes it abundantly clear that it is not the interests of the country he professes to love that will decide whoever he endorses for the Presidency, but his own.

Sara Duterte’s giving way to Marcos Jr. has prevented him from endorsing anyone, despite her teaming up with Marcos as his Vice-Presidential running mate. But despite his reservations about his daughter’s teammate’s capacity to lead, moral rectitude, and trustworthiness, the Cusi wing’s endorsement of Marcos Jr. and his own fear of losing his immunity from suit are not giving him much of a choice.

Meanwhile, Senator Aquilino “Koko” Pimentel III and other long-time members of PDP-Laban have expressed their supposed outrage over that endorsement, with Pimentel pointing out that PDP-Laban came into being as part of the resistance to the Marcos Senior dictatorship. Some of the party’s older members have also declared the endorsement an insult to the memory of Pimentel III’s late father, Aquilino “Nene” Pimentel, whose PDP merged with the late Benigno “Ninoy” Aquino, Jr.’s Laban in 1983 to better combat the Marcos autocracy and hasten the restoration of democratic institutions. But despite their protests, the truth is that every last one of Pimentel III and company is complicit in PDP-Laban’s transformation from the liberal force it once was into an enabler of one tyranny and, quite possibly, of another.

The party helped the current despotism come to power when the late “Nene” Pimentel supported the Duterte candidacy in 2016 because of the latter’s declared support for federalism. But he was disappointed soon enough, the shift to that system being one of those promises Mr. Duterte has so obviously failed to deliver on. He nevertheless became PDP-Laban Chair when he won the Presidency, which by itself was already indicative of the state into which the merger party of “Nene” and “Ninoy” had fallen.

Neither from Pimentel III, his now self-righteous cohorts, their chosen Presidential candidate “Manny” Pacquiao, nor from newly minted “oppositionists” Isko Moreno Domagoso and Panfilo Lacson was there ever any sign or sound during the past six years of any protest against Mr. Duterte’s manner and policies of governance and chairmanship of PDP-Laban. Only with deafening silence did they greet the gross violations of human rights; the demise of the republican principle of checks and balances; the attacks on the media; the empowerment of the police and military; the gross incompetence in some of the most important government agencies – or, for that matter, PDP-Laban’s admitting as members some of the most clueless, most anti-people and most anti-democratic creatures from the black lagoon of Philippine politics and bureaucracy , and Mr. Duterte’s naming them to this or that post.

The principles to which, they would have us believe, they have always been true were apparently not enough to offset the perquisites and privileges of being in power, albeit in the shadow of Mr. Duterte.

Because of this betrayal of its historic legacy, not only PDP-Laban’s commitment to the recovery and defense of democratic institutions and the people’s sovereign right to decide for themselves what government can best represent them has passed. It has also lost its liberal ideology – the one quality that distinguished it from the so-called political parties that stand for nothing except greed for pelf and power.

If there is any lesson to be drawn from PDP-Laban’s morphing into its very opposite and from the distinct possibility of Mr. Duterte’s eating his own words once he endorses Marcos Jr., it is how totally without principle and self-serving is the ruling elite – the handful of families and their clones that have monopolized political power in this rumored democracy for nearly a hundred years, and for whom changing sides and parties has been as easy as changing clothes, cars, and residences.

Marcos Senior himself did it. For many years a member of the Liberal Party (LP), he switched to the Nacionalista Party (NP) when he realized that the LP would not field him for President in 1965. The NP itself changed from a relatively enlightened into a shamelessly backward organization under Marcos Senior’s stewardship.

During the current campaign, a la Marcos Senior did Sara Duterte abandon her own party and Panfilo Lacson his own because it is endorsing Vice-President Leni Robredo rather than himself for the Presidency.

No surprise there. Not only do the so-called political parties in these isles function solely as disposable vehicles for the realization of political ambitions. Looking out for number one is also every garden variety Filipino politician’s first priority. In every dynasty’s hierarchy of values ​​are personal, familial, and class interests, in that order. As for country, people, and society, those are at the very end of their list of priorities, if they have ever been in it at all.