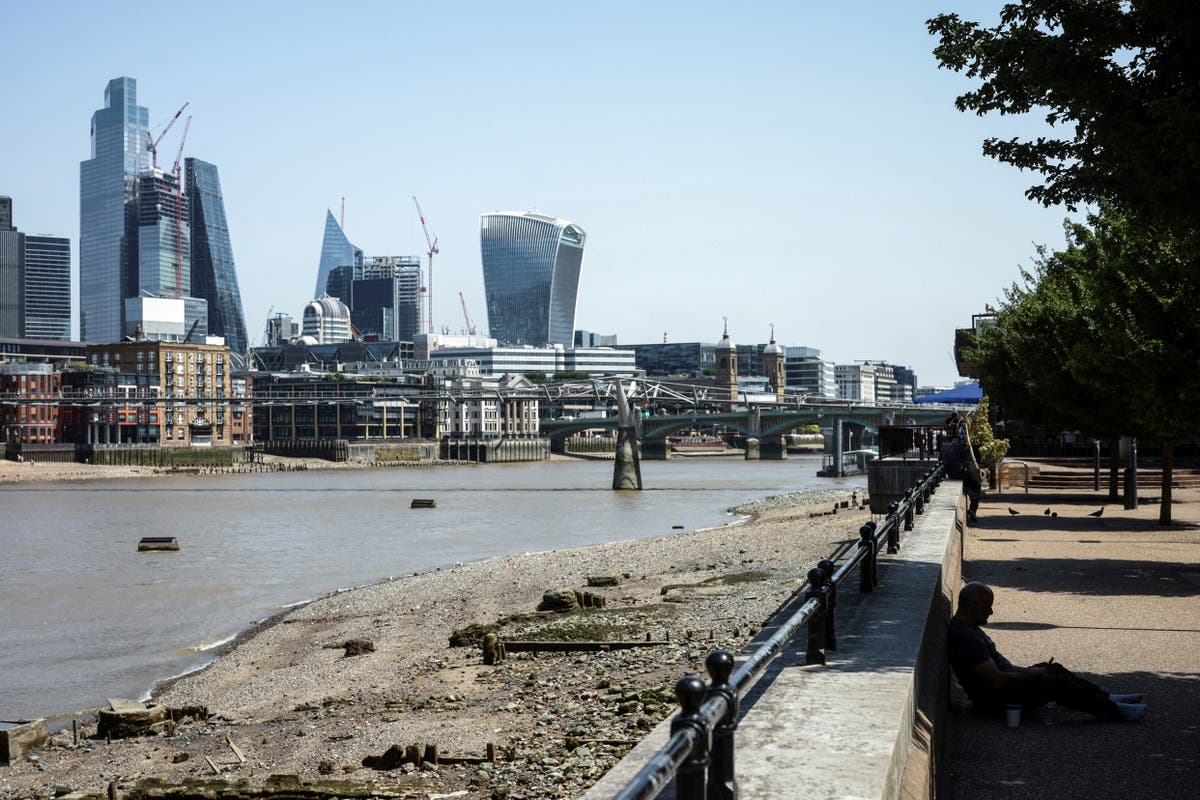 he source of the River Thames has “dried up” due to the prolonged period of warm weather, experts have said.

Amid intense drought across the country, Dr Rob Collins, director of policy and science at the Rivers Trust, said the source of the river has now shifted five miles downstream from Cirencester to Somerford Keynes, Gloucestershire.

“Following the prolonged dry weather, the source of the Thames in Gloucestershire has dried up, with a weak flow now only just about discernible more than 5 miles downstream,” Dr Collins told The Guardian.

With forecasters expecting temperatures to rise next week, Dr Collins warned the UK must prepare for longer periods of drought due to climate change.

He added: “Under our changing climate we can anticipate the frequency and severity of such periods of drought and water scarcity to intensify, with increasing competition for a dwindling resource and devastating impacts on aquatic life.”

This comes as Thames Water warned customers that it may be forced to introduce a hosepipe ban in the coming weeks due to the lack of rainfall.

According to the supplier, demand has reached its highest levels for 25 years due to one of the driest starts to the year on record.

As a result of this, underground water levels have now fallen below average for the first time this year, with a spokesperson for the supplier telling the Standard: “The recent heatwave and extreme heat has resulted in extremely high demand, some of our highest for over 25 years.

“Our teams have been working 24/7, during incredibly hot conditions, to maintain supplies to customers, ensuring the output of our supply systems are running at maximum capacity.”

It comes as South East Water became the second supplier to announce a hosepipe and sprinkler ban – which will come into force from August 12 for its customers in Kent and Sussex.

Southern Water also announced a ban last week for customers in Hampshire and the Isle of Wight.

Amid its threat to introduce a hosepipe ban, Thames Water has come under fire for delaying the launch of a new de-salinisation plant in east London.

The plant opened in 2010 but has been put on hold ever since and is not due to start supplying drinking water until next year, The Daily Telegraph reports.