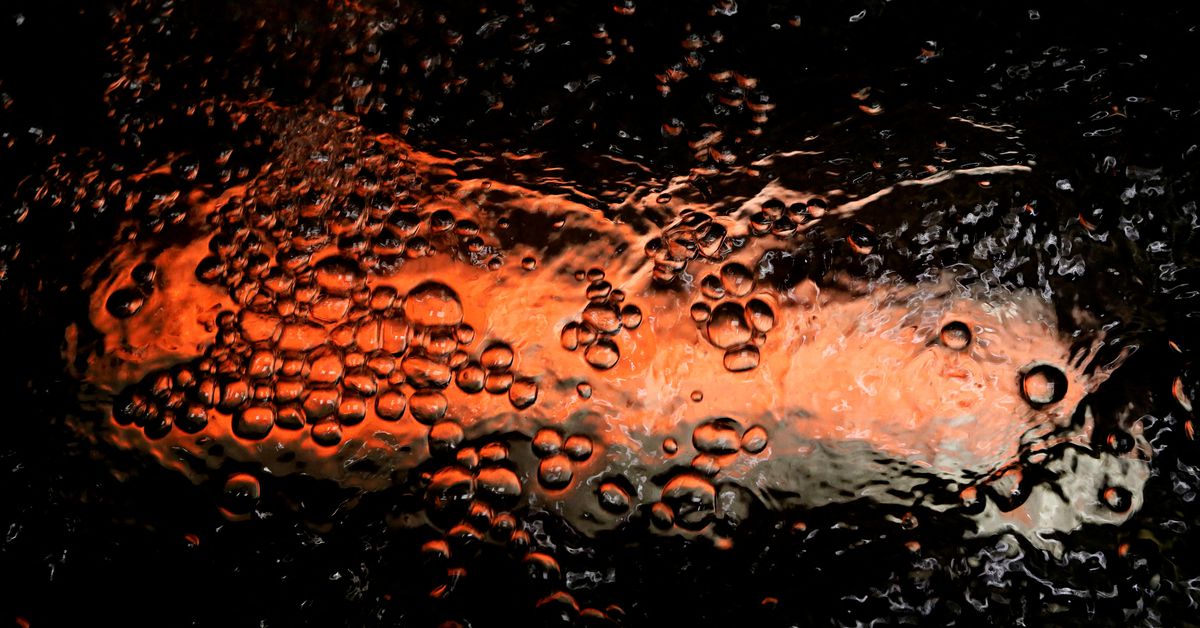 A newly cast ingot of 99.98 percent pure palladium is seen inside a tank for water refrigeration at a plant in Russia, April 9, 2019. REUTERS / Ilya Naymushin / File Photo

LONDON, April 8 (Reuters) – Newly refined Russian platinum and palladium was suspended from trading in London from Friday, denying access to the metals’ biggest trade hub in the latest in a growing list of measures against Russian interests because of the conflict in Ukraine .

Prices of palladium surged as much as 11%, with traders fearing the move could worsen a shortage of the metal automakers use in exhaust pipes to reduce emissions.

Russia’s Norilsk Nickel (Nornickel) (GMKN.MM) produces 25-30% of the world’s palladium supply and about 10% its platinum, which is also used to curb vehicle emissions as well as in other industries and to make jewelery.

The London Platinum and Palladium Market (LPPM), an industry association, said the situation in Ukraine prompted it to review its list of “good delivery” refiners accredited to deliver metal into the London trading system. L2N2W52ZO

The LPPM said it would suspend with immediate effect both Russian refiners on its list, JSC Krastsvetmet and the Prioksky Plant of Non-Ferrous Metals.

The suspension blocks platinum and palladium produced by these refiners after April 8 from trading in London, though products they made while accredited remain eligible to trade, the LPPM said.

The decision comes a month after a similar industry group, the London Bullion Market Association (LBMA), suspended the accreditation of Russian refiners, blocking new Russian gold and silver from London.

The company’s website says that it sends metals to Krastsvetmet, Prioksky and another refinery, Uralintech, for refining.

A source close to Nornickel said the LPPM decision would restrict its ability to sell to banks but sales to manufacturers, which form the bulk of its business, would be unaffected.

Industry sources in London, however, said the move increases pressure on manufacturers to reject Russian platinum and palladium.

Recyclers and miners in South Africa and North America, the other main producers, stand to benefit from any boycott of Russian material. read more

The LPPM statement did not draw a direct link between its decision and the increasing array of sanctions against Russia introduced by Western powers since Russia’s invasion, which Moscow describes as a “special military operation”.

The European Union on Friday adopted its fifth package of sanctions, including bans on the import of coal, wood, chemicals and other products. read more

EU governments have also frozen about 30 billion euros ($ 32.6 billion) of assets linked to oligarchs and other sanctioned people with ties to the Kremlin. read more

A spokesperson for the LPPM declined further comment on its decision beyond what was in its statement.