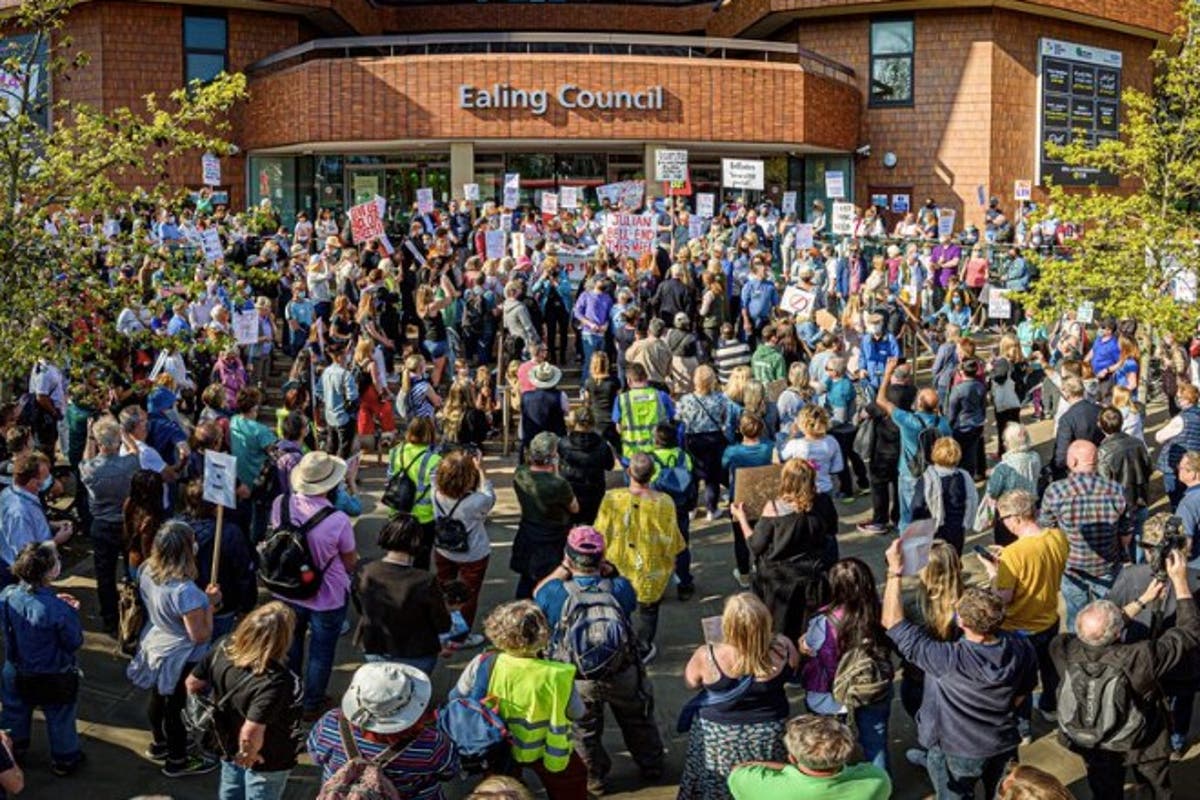 n May 5, voters across the UK will head to the polls to decide who will run their local authority.

Labor strengthened its hold on the borough of Ealing in 2018, increasing its majority and vote share. The Conservatives will be hoping to avoid a similar result this time round as they look to gain more seats on the council.

While national issues such as partygate and the ongoing cost of living crisis will likely factor into voters’ decisions on May 5, the issue of low traffic neighborhoods is also likely to be high on the agenda.

Like most other London boroughs, Ealing introduced low traffic neighborhoods (LTNs) in the summer of 2020 following statutory guidance from the Government. Nine LTNs were implemented in Ealing, leading to a great deal of controversy.

Ealing council is reported to have collected nearly £ 3 million in fines from motorists who illegally drove through the borough’s LTNs.

But in August last year, the council announced it was ripping up all but two of Ealing’s LTNs following a public consultation which found widespread opposition to the schemes. Between 58 and 82 per cent of residents living on roads covered by the schemes opposed them, while up to 93 per cent of those on the boundaries of LTNs expressed a desire to see them removed.

A total of 20,000 people responded to the consultation, which came just months after 2,000 angry residents descended on Ealing’s town hall to protest the traffic restrictions.

Ealing London Borough Council has been under the control of both Labor and the Conservatives since its formation in 1964, though Labor has largely dominated the borough since the 1990s. Aside from one council term between 2006 and 2010, Labor has had a majority on Ealing council since 1994.

At the last election in 2018, Labor strengthened its majority on Ealing council by gaining four seats from the Conservatives to give them a total of 57 seats, winning 56.4 per cent of the vote share. The Conservatives won eight seats while the Liberal Democrats won four.

The overall turnout in 2018 was 41 per cent, the same as the previous election in 2014 and higher than any election since the turn of the millennium with the exception of 2010, when local elections coincided with the General Election which saw turnout soar to 62 per cent.

Conservative councilors Alexander Stafford and Jay Morrissey were elected as MPs in the 2019 General Election, which led to them eventually resigning as councilors. The Covid-19 pandemic delayed the by-elections until May 2021, where the Conservatives would retain both seats.

In December 2021, Labor councilor Tejinder Dhami died having served on the council for 19 years. His seat has remained vacant since, with local elections just months away at the time of his passing.

According to the Office for National Statistics 2018 mid-year estimates, the population of Ealing is around 342,000. This is an increase of only 4,000 since 2011. The borough had seen something of a population boom in the previous decade, with just under 301,000 residents as of 2001.

During the 2011 Census, the latest figures available until the results of the 2021 Census are published later this year, around 48.78 per cent of Ealing’s population was recorded as White. Of that figure, 30.4 per cent were White British, 3 per cent White Irish and more than 15 per cent were other White backgrounds such as Eastern European.

According to the Trust for London, around 29 per cent of Ealing’s population lives in poverty, while the child poverty rate is 38 per cent. Unemployment in Ealing is believed to be around 6.5 per cent.