LOLz! Drew Barrymore Could NOT Handle This Emily In Paris Star Openly Flirting With Her On Air! 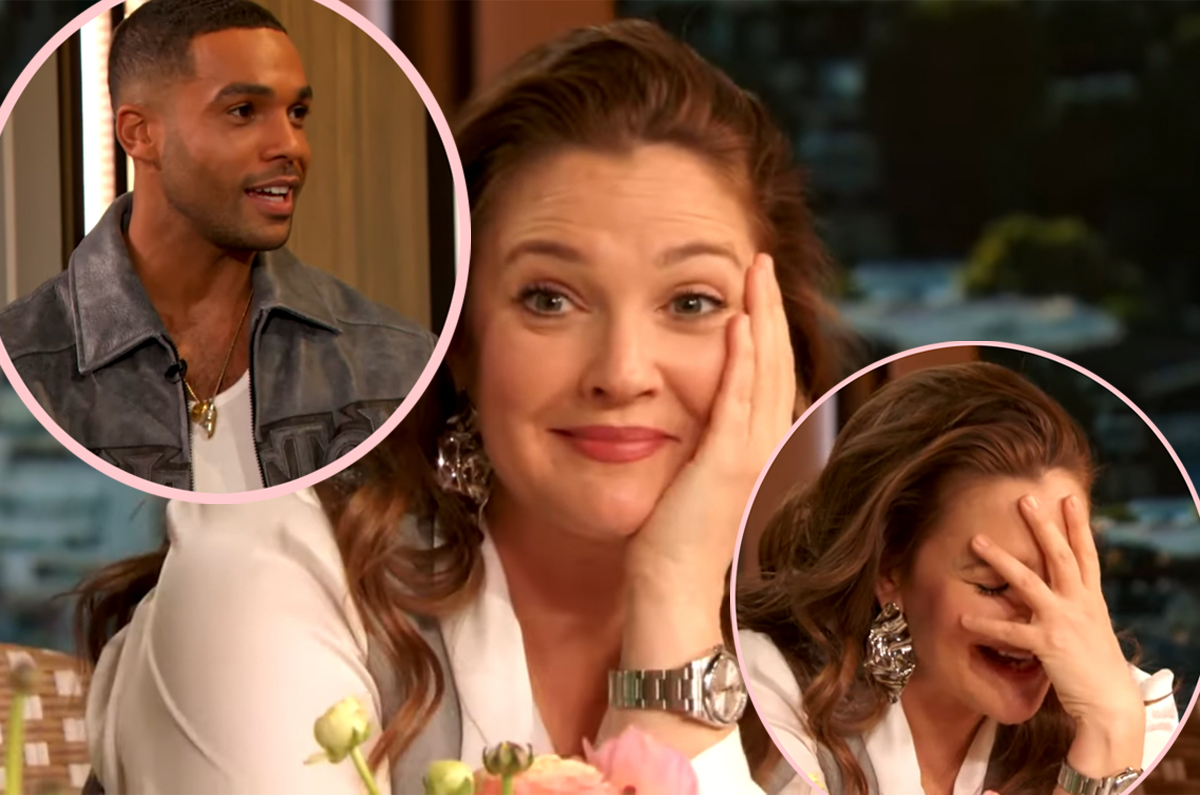 Things got a little hot and heavy between Drew Barrymore and one of the cast members from Emily In Paris!

During Friday’s episode of The Drew Barrymore Show, the 47-year-old actress got quite flustered when she asked Lucien Laviscount — who plays Alfie in the Netflix series — how he got into the entertainment business, and he did not waste a second in sneaking in some super flirty comments. Drew had said earlier in the episode that she had a childhood crush on Darth Vader of all characters. So Lucien said to Drew:

“I’ll be your Darth Vader, by the way, whenever you need.”

Drew’s jaw immediately hit the floor before she joked:

Related: Drew Barrymore Says She’s ‘Tried Everything’ In The Bedroom!

The Scream star then asked who was his “childhood fantasy,” leading Lucien to reply:

OMG!!! The comment left Drew at a loss for words as she blushed and covered her face. Lily Collins jokingly asked if the rest of the cast should leave them alone as Drew tried to find her voice again! The host finally said:

“This has never happened to me.”

While Drew attempted to move on with the interview, the flirting did not stop! When she questioned Lucien about how he was discovered by David Beckham’s agent at a department store, things took a cheeky turn, as he shared he did a campaign for the retail company Marks and Spencer. Drew then chimed in:

“Oh, I know Marks and Spencer. I’m actually wearing their underwear right now. I am not kidding.”

“Can we really cut to that commercial break?”

Get it, Drew!!!! You can ch-ch-ch-check out their flirtatious moment (below):

Reactions, Perezcious readers? Do you ship Lucien and Drew together? Let us know in the comments below!

[Image via The Drew Barrymore Show/YouTube]


Demise of our stock markets will not be happening so soon