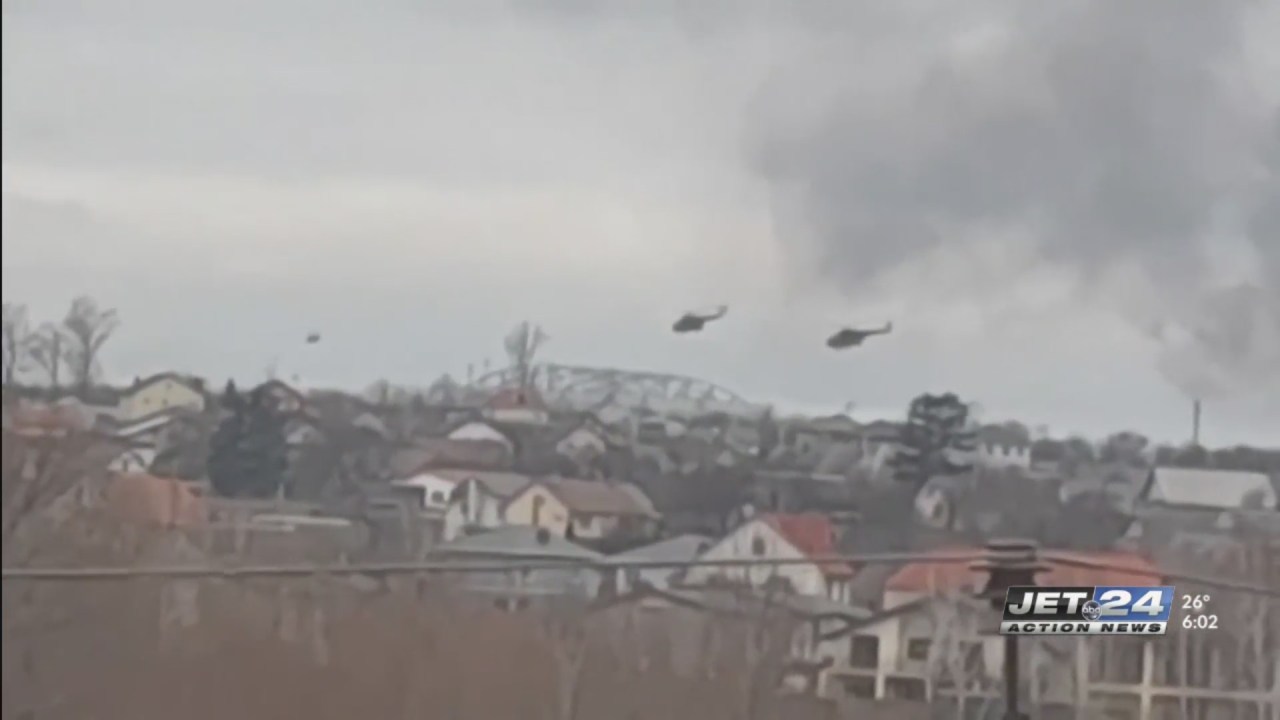 CAPITAL REGION, NY (NEWS10) – The fear of conflict is growing shared by Ukrainian Americans in the Capital Region with their family abroad.

There’s a seven-hour time difference between New York and Ukraine. Ukrainians in the Capital Region and overseas say they aren’t sleeping much. Locals say they are doing everything to stay connected with loved ones.

NATO is also planning to hold a summit on Friday, February 24 with 30 countries to map out the next steps of their response. The UN Security Council will vote on Friday on a resolution that would demand an immediate withdrawal of all Russian troops. But 24 hours after Russia’s attack on Ukraine began, casualties have been mounting.

“My personal plan is to stay here, and even fight for my country and my family,” said Ihor Boyko.

Ihor Boyko lives in Western Ukraine. News10 was introduced to Boyko by his friends from the Capital Region at the St. Nicholas Ukrainian Catholic Church. They are now connected with shared fear over the Russian invasion into multiple Ukrainian cities.

“My plan is to stay but I sent my family a little bit far from the city because there is an airport here,” said Boyko.

5 things to know as Russia presses into Ukraine

“People are trying to run away from here, and they’re moving to the Polish border.”

“It’s scary we just talked to our family in Kyiv and they said we will probably spend overnight in a bomb shelter,” said Vasyl Hayvnovych.

The Russian invasion into Ukraine has left Ukrainians in the Capital Region like Vasyl Hayvnovych are extremely concerned as they watch from 45-hundred miles away.

“We call and text basically all day to our daughter,” said Hayvnovych.

Those worries have intensified now that Ukrainian President Volodymyr Zelenskyy has ordered a military draft.

“So we have a grandson who is 21-years-old and we have a son-in-law who is 45-years-old. It looks like both of them will go into the draft. ”

Svetlana Babichenko from the Capital Region says her family friend’s son in Ukraine got the same notice.

“He was drafted into the army and he’s to report by Friday morning,” he said Babichenko.

Babichenko says violence is not in their nature, they just want peace.

“We are not the type of people who would want to attack anyone. We just want to be friends and good neighbors. ”