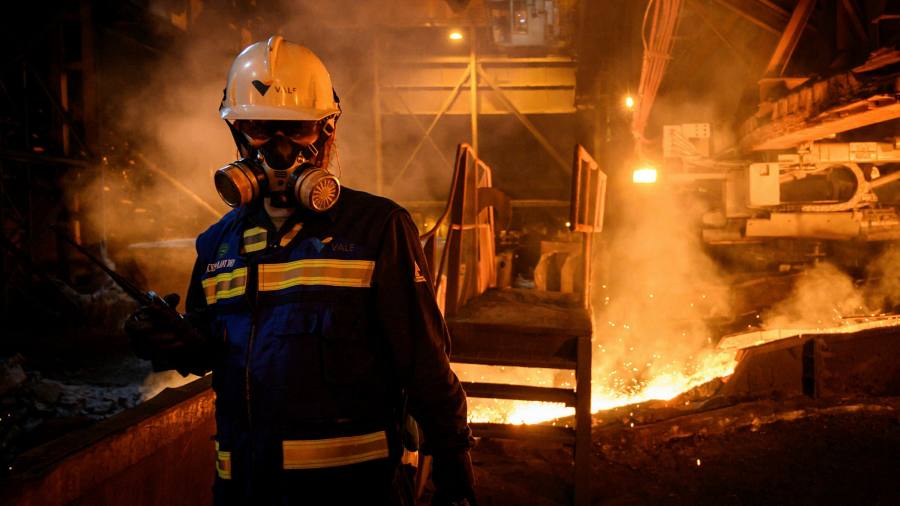 UK regulators are quizzing the London Metal Exchange over what went wrong in the nickel market last month but the exchange’s chief has said the core problem lies with the trades he cannot see.

The LME has launched its own independent review, as have the Financial Conduct Authority and the Bank of England, which monitors its clearing house. The reviews follow a huge spike in nickel prices that led to the exchange suspending trade in the metal for eight days, sparking deep anger at the LME’s handling of the event.

But the exchange said it did not know the vast scale of the nickel bet that sparked the disruption before the price erupted because of large positions placed privately through banks. Without addressing the bets that can build up behind closed doors, the market is vulnerable to further shocks, it warned.

“It’s absolutely right we go and review all of the activity so that we’re satisfied we can account for everything that happened,” Matthew Chamberlain, chief executive of the LME, said in an interview.

The price of nickel rose 250 per cent in the lead-up to March 8, when the LME halted contracts and erased a day’s worth of trades after Russia’s invasion of Ukraine sparked fears about supply shortages for a metal crucial to the construction of electric vehicles.

The rapid rally was a boon for traders who had bet on gains for nickel. But it crushed a wager by Chinese metals tycoon Xiang Guangda that prices would fall.

The subsequent halting and cancellation of transactions by the LME proved to be divisive for the exchange’s customers, as its efforts to protect smaller firms at risk of collapse wiped out profits for other traders. But there are unanswered questions as to how the billionaire founder of China’s leading stainless steel producer Tsingshan Holding Group had been able to build up such a huge wrong-way position – said to be worth billions – without the stock market knowing and whether it took sufficient steps to protect itself and its users.

Reviewers will need to navigate the complex interaction between commodity derivatives that are negotiated privately and traded away from the market and futures traded on an exchange.

But they will also need to pull apart a market where the world’s top 12 investment banks made the bulk of $ 6bn in revenues in the first half of last year by selling derivatives and acting as intermediaries providing credit, according to Coalition Greenwich.

Financial futures tracking interest rates and stocks exist for investment portfolio hedging and for outright speculation. But commodity futures were originally built to accommodate the mining, movement and storage of physical assets and often involve contracts with quirky maturities or other bespoke features unsuitable for standardized exchanges. That makes for an opaque world with little information available to the public or even to the exchanges they interact with.

People familiar with the matter say the LME knew Tsingshan had taken some big bets on its exchange. But it did not know about a large number of similar trades the Chinese group had taken out through banks on a so-called over-the-counter basis. LME executives’ realization that it had facilitated only around one-fifth of the short seller’s full position was a crucial factor in the decision to halt trading.

Other exchanges are in a similar position. The head of regulation at one exchange offering metals futures told the Financial Times he “could not be sure” how much bigger the off-exchange market was than his market. “We can not tell. . . we really can not. ”

Chamberlain said the LME needed to see more of the market. “OTC transparency is sufficiently important that we need to put OTC reporting requirements on other metals,” he said. His previous efforts to encourage more reporting by banks did not yield results.

The blind spot in over-the-counter markets was meant to have been resolved by reforms after the global financial crisis of 2007-09.

Regulators demanded open derivatives positions be backed by more margin, a form of insurance if one party in a deal defaults. The amount typically rises when markets are stressed.

But lawyers said not all over-the-counter commodities derivatives were covered by the rules. That leaves brokers free to negotiate with their customers over the amount of margin to stump up. That is likely to be colored in part by the broker’s view of the client’s credit risk.

Brokers are wary of handing over information to the LME on their OTC deals and argue that a market with enough margin to back the trades would suffice.

“This is none of the LME’s business. All the LME needs to know is the member posted sufficient initial margin, ”Mark Thompson, vice chair of Tungsten West and a former trader on the LME, wrote on Twitter.

Critics like Thompson have said the BoE’s review of the LME’s clearing house, which sits between two parties in a trade to help prevent defaults rippling through the market, will offer the better answer to what happened on March 8.

To help reduce the demands for millions of dollars of margin, LME Clear allows brokers to offset losses one client suffers against the profits of another client. It also means that if the price of a metal moves violently in unexpected ways, the broker needs to find the money to pay the winners.

Steven Spencer, a former metals trader and a member of the LME’s arbitration panel, said the risk was exacerbated by the arrival in a specialist market such as nickel of electronic traders, who seek to profit from bets on the value and direction of the metal rather than to use it in manufacturing.

The global supply was more limited than other metals like copper and aluminum, there were fewer traders and participants all used the same model to calculate their risk, he added.

“In a low liquidity market like nickel, trading electronically overnight, the volume that needs to be hedged can increase exponentially as the price moves violently,” he said.

The issue is further compounded because although it opens for the morning in Asia, LME’s clearing house typically does not ask for intraday margin call until the market has opened at 8am London time.

But Thompson has questioned why the LME did not dramatically hike its margin requirements in the preceding days and weeks, when it was well known that there was a very large short position in the nickel market and sanctions on Russia – where most nickel is mined – could raise the price. In the past, the LME had been warned by regulators over shortcomings in its market surveillance, he added.

“Any sensible person would have suspended the market and raised margin to at least $ 20,000 per tonne,” he said. “They would never have been in this position if they had acted prudently.”

By March 8, the damage was done – nickel had spiked to record levels.

This sparked the LME’s decision to cancel thousands of trades and caused uproar among many customers. To restore that trust, the regulators’ reviews will need to be thorough.