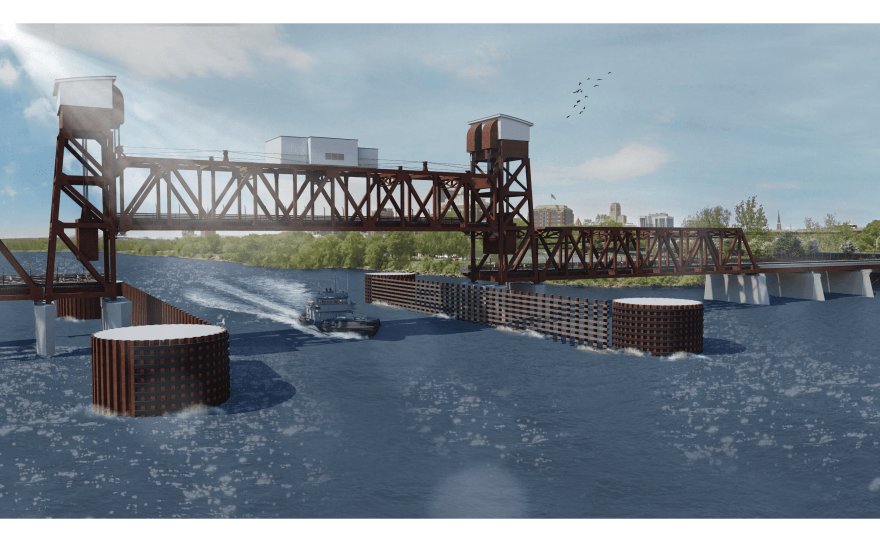 ALBANY, NY (NEWS10) – A new, $ 32.8 billion Department of Transportation (DOT) capital plan includes up to $ 400 million to replace the existing, Civil War-era Livingston Avenue Railroad Bridge in Albany and Rensselaer with a new, modern structure. The bridge provides a critical link for passenger rail service from the Northeast Corridor to Albany-Rensselaer, and, with the new upgrade, could support higher-speed passenger rail, freight rail, maritime transport, and bicycle-pedestrian access.

“This bridge was completed roughly in 1902. And the report that’s included in the environmental assessment notes that it’s not in particularly great shape,” says executive director of the Empire State Passenger Association Steve Strauss, “so if this bridge was to have to close for emergency repairs it would basically be cutting off passenger rail service to New York State. Central and Western New York would be severed from the Hudson Valley and New York City. ”

The DOT will host public hearings on May 31 and June 1, giving Capital Region residents a chance to learn about this transformative project and provide input. The public hearings are a key component of the DOT’s public engagement effort and are required as part of the state and federal review process. The hearing on May 31 will be held over Zoom, at 6 pm On Thursday, June 1, also at 6 pm, an in-person hearing will be held at the Palace Theater in Albany.

The Livingston Avenue Passenger Rail Bridge was built over the Hudson River in 1865. It connects Rensselaer and Albany by rail and provides a critical path for passenger rail service from New York City to Western New York. Deterioration of the current structure limits trains crossing to one at a time at speeds of 15 miles per hour. The new bridge will accommodate improved passenger service.

The current movable swing bridge would be replaced with a new, lift-type bridge which would bring the structure up to modern standards for height, width, and speeds for passenger and freight trains and more reliably accommodate marine traffic on the Hudson River. The new bridge will be located south of the existing bridge, on a parallel alignment that would carry two railroad tracks.

“The new bridge is going to be a lift bridge instead of a swing bridge. That’s a little bit more reliable and easier type of way to increase the clearance when needed, ”Strauss explains.

The approach track work would include improvements to the triangular junction of rail tracks on the Rensselaer side to facilitate train turning movements and the rehabilitation and reconfiguration of the rail bridges over Water and Center Streets on the Albany side. The new bridge would also include a separate use path connecting the Albany Skyway and Empire State Trail to the City of Rensselaer.

Construction is slated to begin by the end of 2023. Completion of the new bridge, which is expected by the end of 2026, will build on the success of previous projects in and around the City of Albany, including the Albany Skyway, which transformed an underutilized exit ramp from northbound Interstate 787 into an elevated park that connected the city’s downtown to the Hudson River; and the landmark Empire State Trail, which spans 750 miles and runs from New York City through the Hudson and Champlain Valleys to Canada, and from Albany to Buffalo along the Erie Canal.