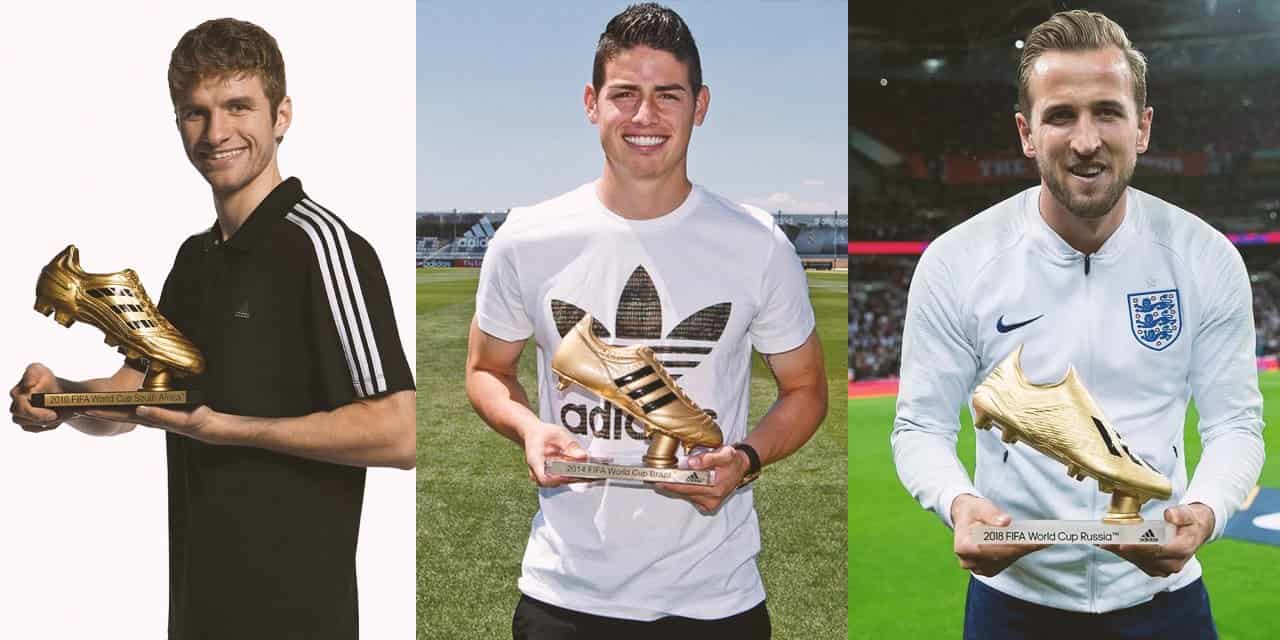 The FIFA World Cup 2022 will soon come to an end. France will face Argentina and the winner will take home the gold. But there are many other prizes which will be up for grabs too. The “Golden Boot” is one such prize. It is given to the player that scores the most goals in the tournament. In this tournament, the competition is going to be between Lionel Messi and Kylian Mbappe as they are reading the scoresheet already. So, here is a look at all the winners from the previous editions of the FIFA World Cups:

Harry Kane won this prestigious award in 2018. He led England from the front. He took them to the semi-finals. Kane scored a total of 6 goals to win the prize. Harry also had an elite line-up of attackers like Marcus Rashford and Jordan Henderson. He made sure that he leaves an impression on the tournament held in Russia. England left the game in the semi-finals when they lost to Croatia by 2-1.

James Rodrigues came to the party in 2014. He was playing for Colombia and after the 2014 World Cup, he became a sensation. His volley goal was one for the ages. His performance in the 2014 World Cup earned him a contract with Real Madrid and with Bayern Munich. He single-handedly carried the Colombians. In 2022, the Colombia national team couldn’t qualify for the FIFA World Cup and, unfortunately, James couldn’t play in this tournament. He scored 6 goals in the tournament.

Thomas Muller won two awards in this tournament. He won the “Top goal scorer’s award in the form of the “Golden Boot” and also won the “Young Player of the Tournament”. He made the tournament his very own. The German squad had a good tournament due to his presence. Miroslav Klose was with him when he scored all these goals. He put the ball 5 times in the back of the net.

From one German to another, now we talk about Klose. Klose is the highest goal scorer in the history of the tournament. He scored 5 goals in the 2006 FIFA World Cup and has an overall 16 World Cup Goals to his name. In 2006, the German team lost to Italy in the semi-finals. Klose was an essential part of their journey to the semi-finals. He was very lethal and super-quick. His touch in that tournament was excellent.

R9 is one of the greatest players of all time. He has won everything possible in the footballing world. He scored 8 goals in the tournament held in Korea. He made sure that the Brazilians won the FIFA World Cup in 2002. He was their flag bearer in their campaign. That team was a class apart. It comprised Roberto Carlos and Romario too. In the last 5 tournaments, he is the one who has scored the most goals in the last 5 tournaments.

To know more go to the official website of FIFA.