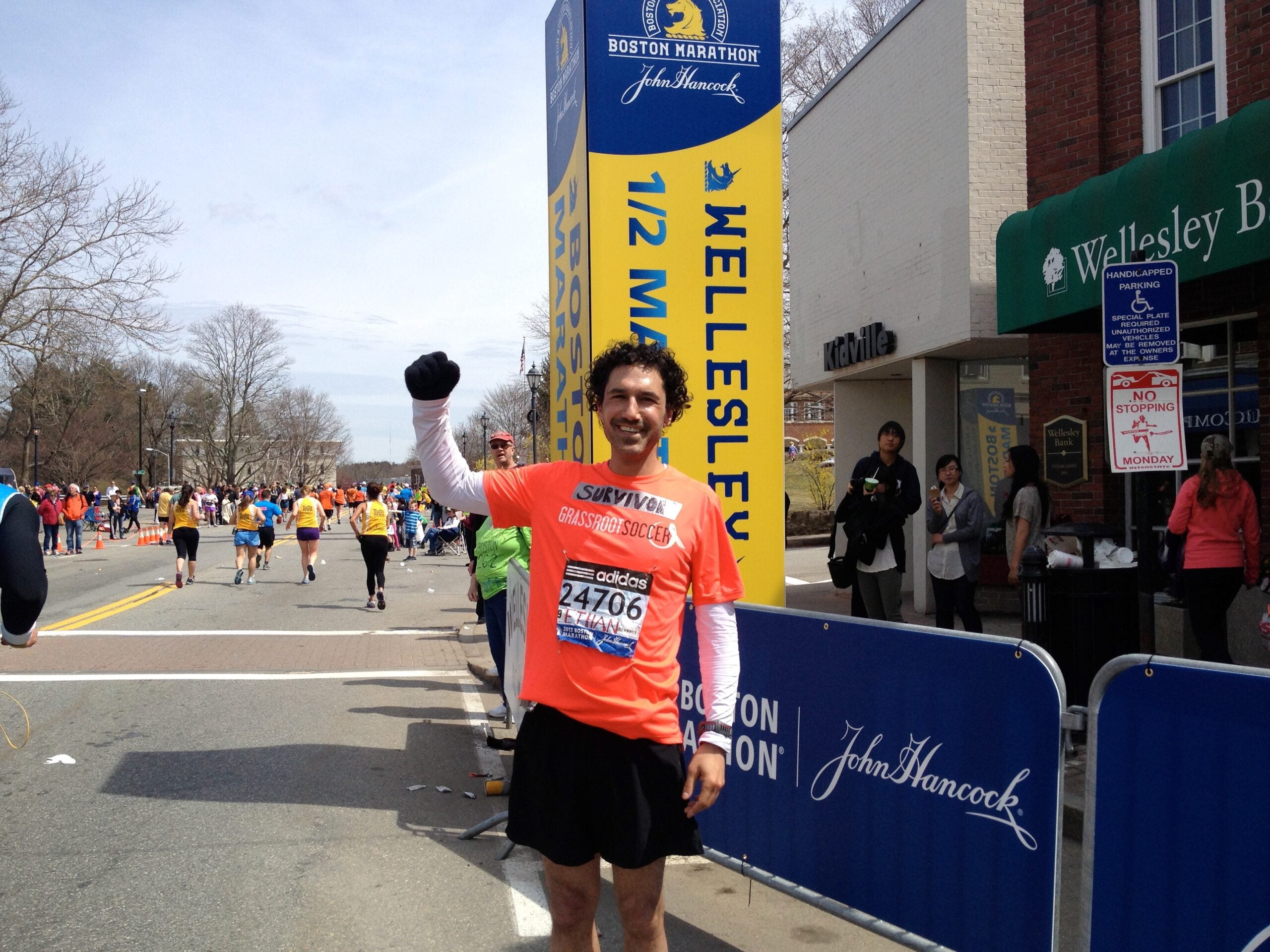 Ethan Zohn remembers what it was like to feel shackled, imprisoned in a hospital room in a bitter battle with cancer as the rest of the world kept turning outside.

“I would look out the window,” he recalls, “and see people just running up First Ave. [in New York] all the time. And I’m not. I just had this desire to get out of there, put on a pair of shoes and just start running. ”

That’s what will make celebrating 10 years of being cancer-free by taking the course at the Boston Marathon later this month a particularly poetic experience for the 48-year-old survivor, who grew up in Lexington.

“Running, and running in races, is like freedom,” Zohn told Boston.com.

The marathoner, former pro athlete, and “Survivor Africa” winner back in 2001 has been fighting for that liberation for 13 years.

Zohn was first diagnosed with CD 20+ Hodgkin’s Lymphoma, a rare blood cancer, in 2009 at age 35. Then, 20 months into remission, the disease returned, causing him to undergo another round of chemotherapy and a second stem cell transplant. Doctors deemed him in remission once again in 2012, and he’s stayed that way ever since.

Zohn decided to celebrate his one-year anniversary of keeping cancer at bay by running in the 2013 Boston Marathon. He was at Mile 24 – just over two miles from the iconic finish on Boylston Street – when the deadly bombing at the finish line forced him off the course.

He ran the New York City and Seattle Marathons in 2015, but the races took a heavy toll on him: “I thought, ‘I’ll never run af — ing marathon again in my life. It was tough. ‘”

After a nine-year break, Zohn will get another chance to finish Boston and will be fundraising for ACTIVE Against Cancer to help people struggling with cancer stay physically active.

He’ll also be running to raise awareness of the benefits of medical cannabis and will use Momenta products from the cannabis company Trulieve, which has dispensaries in Worcester, Framingham and Northampton. His goal is to help dispel lasting stigmas about cannabis use – something he credits with helping him get through the ‘after cancer’ portion of his life.

“When I survived, honestly that’s when things got really difficult,” Zohn said. “It’s the invisible scars, those dump trucks full of uncertainties, fear that the cancer’s come back, the anxiety of just trying to pick up the pieces and live your life again. That’s when cannabis became a bigger part of my life. It really just helped manage my mental health issues that come along with surviving cancer. ”

Those hidden hardships make Zohn wary of the characterization of people as having “won” or “lost” their battles with cancer depending on whether they live or die: “The reality of the situation is that there are millions of people out there living with cancer or living with fear that it may come back, and that’s okay, too. ”

His father, whom Zohn said also ran the Boston Marathon in his day, passed away from cancer when he was 14 years old. Two Mondays from now, Zohn will be running to remember him, along with all those still in the fight and doing their best to live with cancer.

“It’s like everything in my life has been leading to this point, to this race,” he said. “I’m putting a little pressure on myself, but it represents so much in my life. I’m just so excited to get back to Boston and run. ”