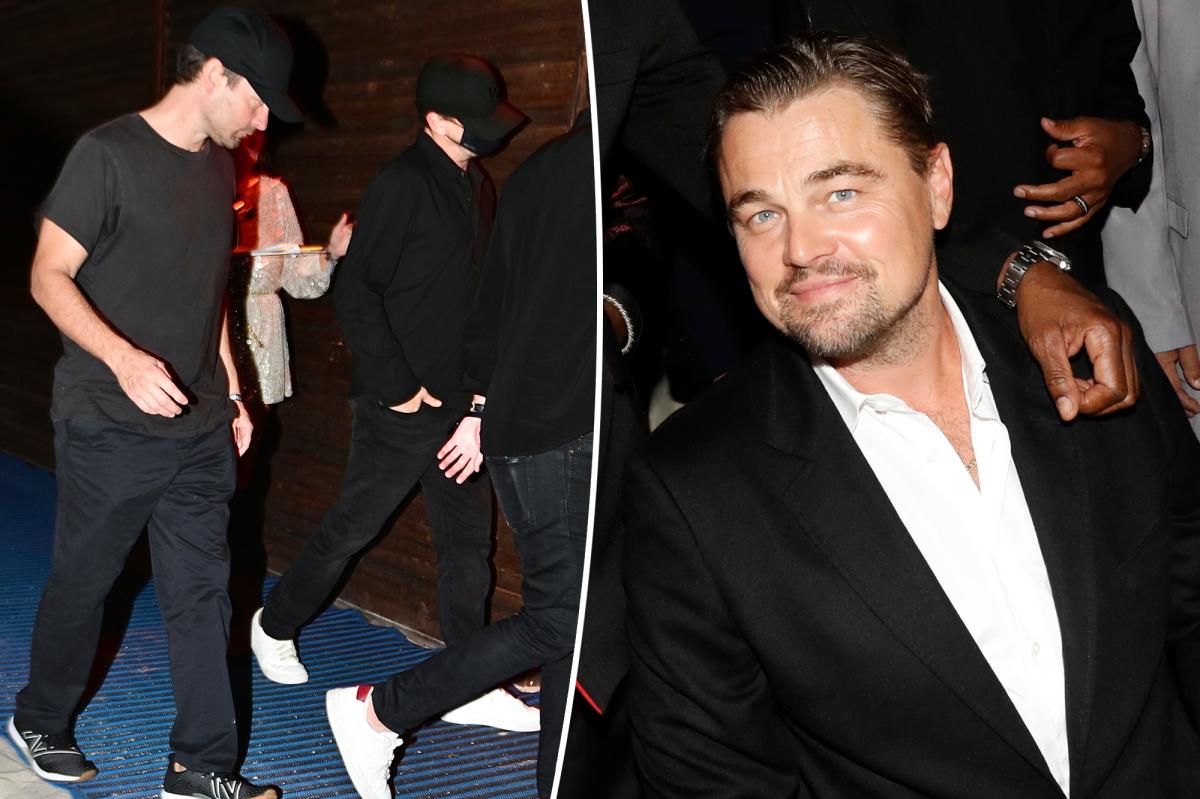 He went from ordering bottle service to bottled water.

“He and Tobey [Maguire] came to Kiki on The River late night at around 12 a.m. and sat riverside,” a spy exclusively told Page Six of the famed “P—y Posse” members.

The source added that DiCaprio was smoking cigarettes under his mask.

“They came with a mixed group of 10 girls and guys,” the spy said, noting that there was “no canoodling.”

And while his posse enjoyed sipping on Don Julio’s 1942 tequila, DiCaprio steered clear of any alcohol and opted for some good ‘ol H2O instead.

“He drank flat water and was overheard saying he wasn’t drinking because he was hydrating,” the source said.

We’re also told the group dined on pita and spreads, lobster salad, and tuna tartare and made their exit after about an hour.

DiCaprio, 48, may have been taking it easy after dominating the social scene at Basel this year. The Hollywood heavy-hitter — who broke up with his girlfriend of four years, Camila Morrone, in August — made the rounds each evening at several exclusive parties and events around Miami in celebration of Art Week.

As Page Six exclusively reported, the “Once Upon a Time in…Hollywood” star was first spotted on the party circuit at a star-studded soirée celebrating Stone Island’s 40th anniversary last Tuesday.

“He was chatting it up with beautiful women at his table,” a spy told Page Six at the time, adding that his rumored girlfriend, Gigi Hadid, was nowhere in sight.

DiCaprio’s late-night partying came after he eyed some edgy artworks at the VIP preview day of the Art Basel Miami Beach fair earlier in the day.

The next night, DiCaprio took his partying to the seas and celebrated Art Week on a $150 million yacht. The “Titanic” star was spotted at biotech billionaire Ernesto Bertarelli’s floating bash where notable guests included DiCaprio’s pals Tobey Maguire and Helly Nahmad, as well as Serena Williams, Jared Leto and art dealer Vito Schnabel.

Earlier in the night, DiCaprio had attended Sean Penn’s annual event for his Core charity at Soho Beach House, where the Oscar winner auctioned off an art piece from his private collection. The event hosted a performance by Wyclef Jean and raised $1 million.

But the festivities didn’t end there. DiCaprio found himself continuing to party on Thursday at Socialista at Cipriani for a party thrown by close pal Richie Akiva. 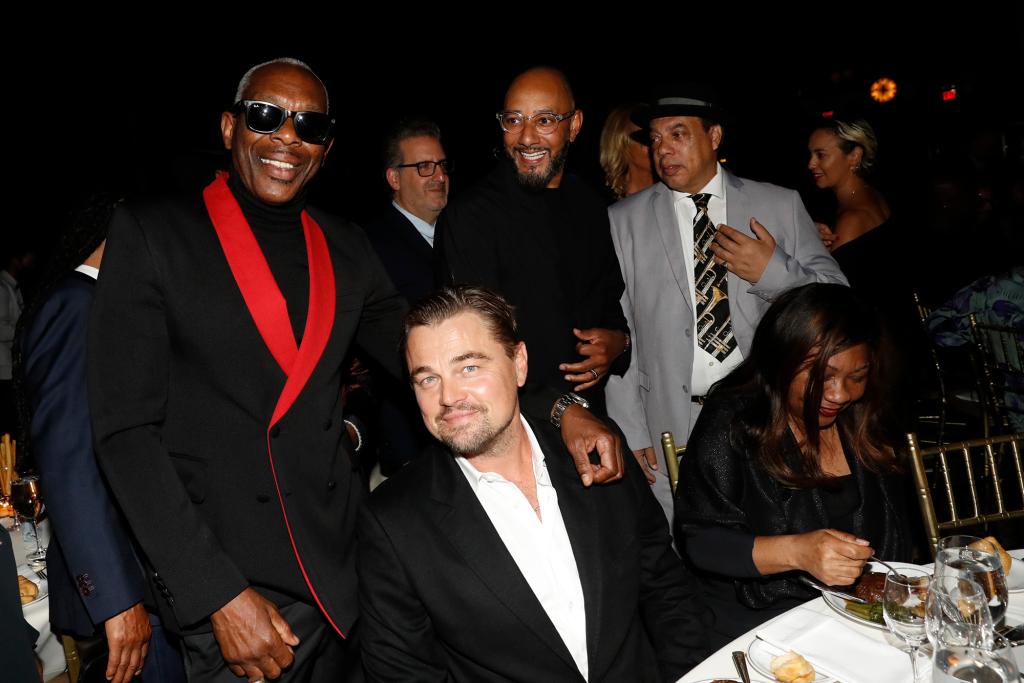 The actor’s latest rumored gal pal Gigi Hadid was not in attendance at any of the events. 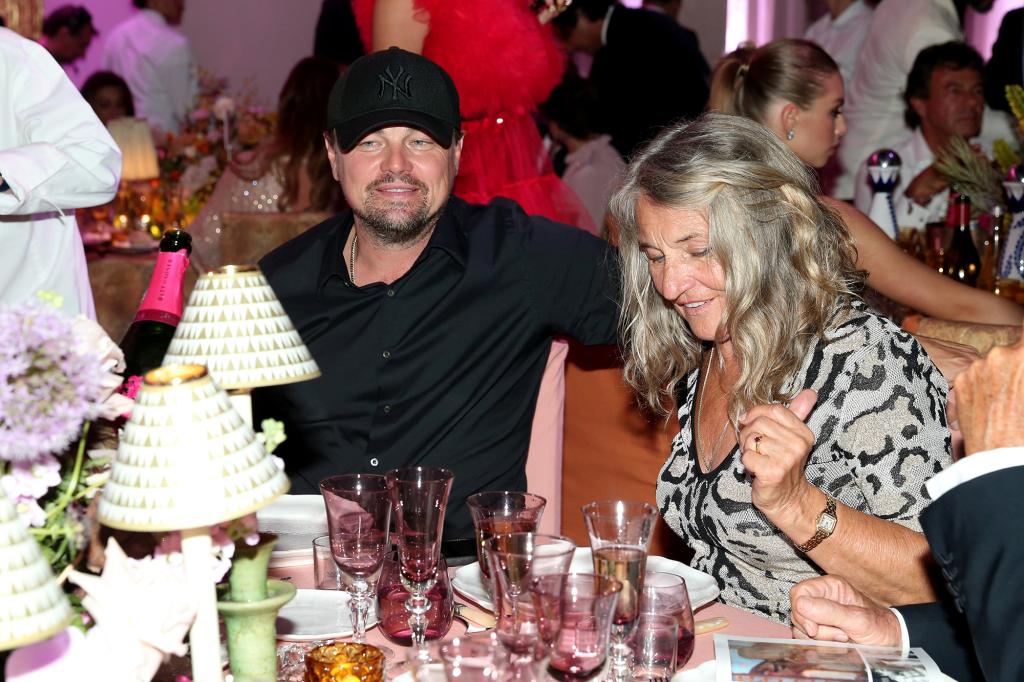 The actor’s latest rumored gal pal Gigi Hadid was not in attendance at any of the events.

Spotted at Café Milano in Washington, DC, were George and…

The 48-year-old movie star was seen enjoying himself on the crowded dance floor with Maguire during a performance by 50 Cent before making his way to a VIP table.

Across the crowd, Kim and Khloé Kardashian partied at another table with Venus and Serena. Travis Scott also performed at the event and was seen canoodling with Kylie Jenner behind the DJ booth.

DiCaprio and dozens of other celebrities at the party then made their way over to continue the evening at Gala nightclub at around 2:30 a.m.

Another spy tells Page Six that DiCaprio and the “Spider-man” actor were “tucked in the back left corner booth of Gala.”

We’re told DiCaprio was drinking vodka sodas and hung out with Richie Akiva “for several hours.”

Meanwhile, the Kylie Cosmetics founder and Travis Scott were “loving on each other” at a table across the room and were later joined by sisters Kim and Khloé, and Serena Williams.

“Kim, Kylie, Travis, and Serena were drinking Casamigos reposado and took shots of 1942,” the source added.

Meanwhile, the “Sicko Mode” rapper went to Gala’s secret back bar, dubbed table 101, where he “hung out for a bit” with Hailey Bieber and Zoë Kravitz. We hear Bieber took some shots of her pal Kendall Jenner’s 818 tequila.

Finally, DiCaprio finished off his wild round of partying at an exclusive party at the Socialista on Saturday before winding down with a casual kick-back at Kiki on Sunday.