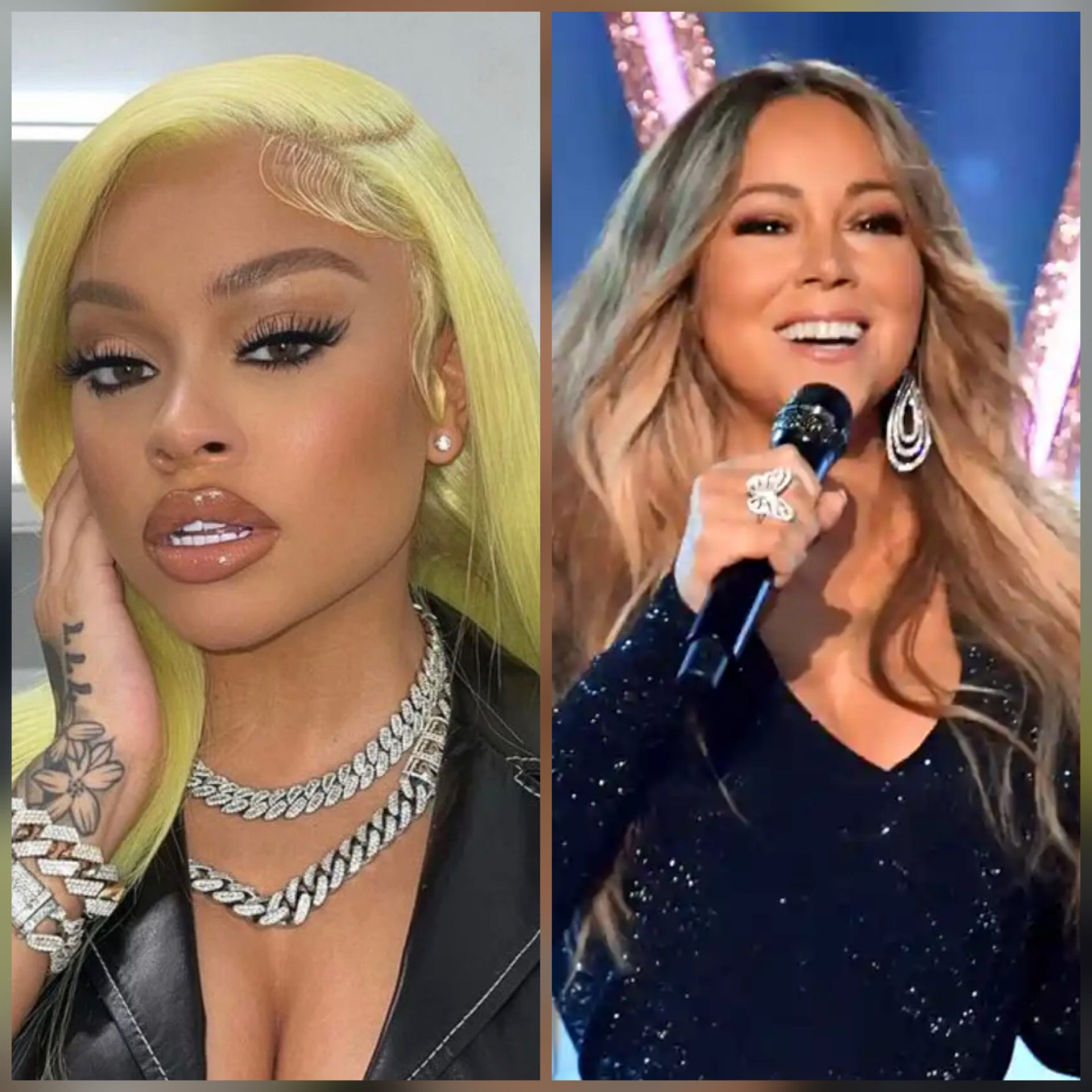 Roommates, as she continues to promote her new album ‘777, Latto just revealed that the one and only, legendary Mariah Carey will be on the remix to her hit single’ Big Energy !! ‘ After fans continued to speculate that Latto could possibly be working with Mariah Carey, she officially confirmed the news via social media.

This has been a pretty big week for Latto, as she has been tirelessly promoting her long-awaited debut album — including multiple interviews, dropping a sneak peek of the tracklist and features and getting her fans ready for what they’ve been waiting for. Now that the album is finally out, Latto blessed her fans with one final surprise… and it’s courtesy of Mariah Carey.

Just before Latto broke the news, she and Mariah were teasing fans on Twitter with subtle posts hinting that they had something in the works, and the speculation proved to be true. The remix to ‘Big Energy’ is set to drop on March 28th and Latto gave a quick sneak peek by posting the single cover. You’ll recall that Latto’s hit song ‘Big Energy’ samples ‘Fantasy,’ which is Mariah’s chart-topping 1995 classic featuring the late Old Dirty Bastard.

This is some wholesome news surrounding Latto, who has been in the middle of a bit of recent controversy regarding her album. Earlier this week, she had an interview and revealed that a male rapper turned down her offer to be featured on her album because she refused to sleep with him.

Without her naming names, many assumed it was Kodak Black, who was outed about the accusation by his producer, although Kodak denied the claims. Additionally, Latto was also accused of not properly crediting someone who allegedly wrote some rhymes on her album — something that she quickly and firmly shut down.