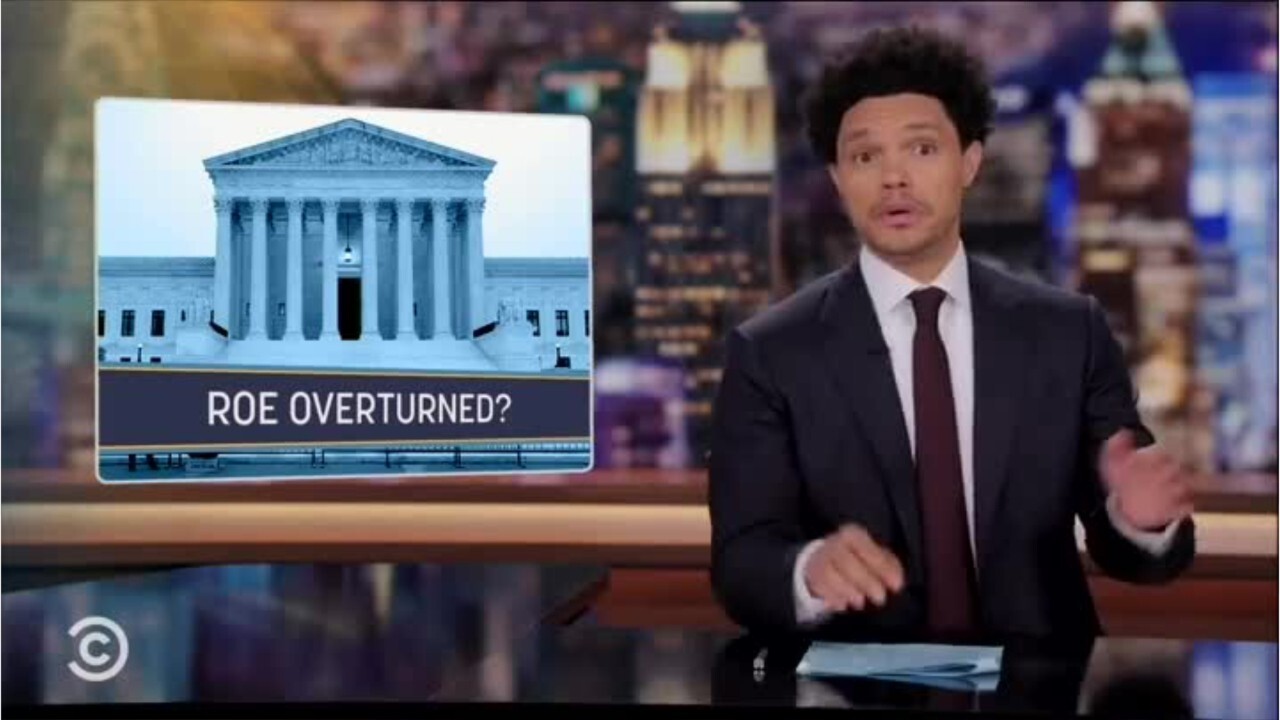 Left-wing late-night hosts unanimously sounded the alarm about a possible end to federal protections for abortion, bashing Republicans and the Supreme Court on the possibility of Roe v. Wade being overturned.

In a scathing monologue from Trevor Noah, “The Daily Show” host asserted that the “history” of America is that men can control “what women do,” adding that abortion has also become a part of history and “tradition” in the US

“You want to talk about history and tradition, I think it’s safe to say [abortions] a tradition at this point, “Noah remarked.” Like if you go without electricity for a weekend you’re camping. If you go without if for 50 years, you’s Amish mother ——. That’s just who you are. “

“Late Late Show” host James Corden also pressed the panic button on abortion when he proclaimed the leaked opinion could be the “the biggest rollback of human rights in modern US history.”

Corden added that the news was “stunning and sad and terrifying,” ripping Republicans who are against vaccine mandates and masking, but favor a reversal of the landmark Supreme Court case.

Justice Samuel Alito’s draft opinion said in part that “It is time to heed the Constitution and return the issue of abortion to the people’s elected representatives.”

Furthermore, Colbert accused conservative justices, such as Amy Coney Barrett and Brett Kavanaugh, of lying about their opinion on Roe v. Wade and perjuring themselves in order to get the job.

“But what do I know? I’m not Supreme Court Justice. I’m not a good enough liar,” Colbert added.

Meanwhile, NBC “Late Night” host Seth Meyers acted in an extensive and scathing sketch with comedians Amber Rufflin and Jenny Hagel, who portrayed two representatives from the Democratic Nation Comedy (DNC). The two “representatives” satirically panicked that there was absolutely no chance for Democrats to stop an end to abortion in America.

“So you really think there’s still hope?” Meyers asked at one point.

LIBERAL MEDIA LOSE THEIR MINDS ON POSSIBLE ROE V WADE OVERTURNING: ‘NO ONE IS SAFE’

“F — no. Can you even hear yourself? You sound insane right now. The legislative branch? Have you heard of Joe Manchin? We can not get anything through there!” Hagel and Rufflin exclaimed, in a state of full-blown hysteria.

Hagel and Rufflin then said they would take the issue to the courts and then the Supreme Court in an effort to fight back.

The comedy sketch also found time to take a shot at President Biden, after the two comedians floated the idea of ​​getting the executive branch involved. Meyers then asked if Biden would issue an executive order.

“F — no! That guy can not do anything! He can not forgive three-dollars in student loans! That guy can not even maintain the back of his haircut. He’s losing the fight against his own mullet, but you think he’s going to win the fight for abortion rights? ” the fake DNC reps said.