Larsa Pippen On Her Friendship With Kim Kardashian – Hollywood Life 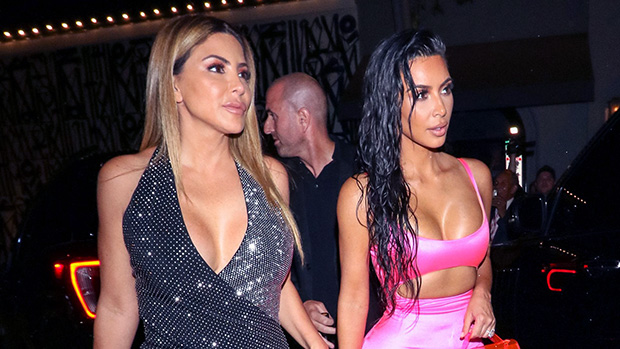 Larsa Pippen opened up about her relationship with her former BFF Kim Kardashian after their famous falling out from 2 years ago. The Real Housewives of Miami star said she was in a “good place” with the makeup mogul after she was asked if there was a possible road to redemption for the pair, per E!.

“I feel like we’re good,” she told the outlet on Nov. 30. “I wish them nothing but the best.” Larsa went on to mention the relationship between her kids and Kim’s kids as well. Larsa shares three children with her NBA legend ex Scottie Pippen, while Kim shares four with her ex Kanye West. “Our kids are still friends,” Larsa remarked. “We’re in a good place. I feel like I just want everyone to be happy.”

Back in April, it appeared things had warmed up between Larsa and the KarJenner clan as she was spotted hanging out with Kourtney Kardashian’s ex Scott Disick. Larsa and Scott were chatting at the Setai Hotel in Miami. The pair looked to be enjoying each other’s company as they were all smiles while lounging poolside.

Just a few weeks prior, Larsa, who was regularly spotted with the Kardashian’s over the years, even appearing on Keeping Up With The Kardashians several times, revealed she was looking past losing her tight friendship with Kim, as she said she was happy for Kim’s new romance with Pete Davidson at the time. “You know what? If they’re happy, I am happy,” she said on the Behind The Velvet Rope With David Yousef podcast, adding, “When people are happy, you know, it shows. I feel like they’re happy. So that’s all that matters.” Unfortunately, Kim and Pete recently announced their split.

It would make sense Larsa was all for the new romance, as Kim’s old one — her marriage to Kanye — was the source of their falling out. The BFF breakup happened, according to Larsa, when she spoke out against their marriage on The Hollywood Raw podcast in November 2020. “[Kanye] has literally brainwashed the whole family,” she said, after claiming she blocked the rapper’s number after he called her incessantly to “rant.”

Clearly, the Kardashians weren’t too happy about the accusations. “The family is definitely disappointed and angry Larsa would share what she did in the interview, but not really surprised because they feel like Larsa is just using them to further her career at this point,” a source close to the Kardashians EXCLUSIVELY told HollywoodLife of why they were cutting off Larsa at the time, adding that “Larsa and Kim especially were extremely close, so it’s sad a friend would do this to a friend.”

Hopefully, Larsa and Kim truly are in a “good place,” as it would be wonderful to see them painting the town red together again!

The Availability and Use of Medication Abortion