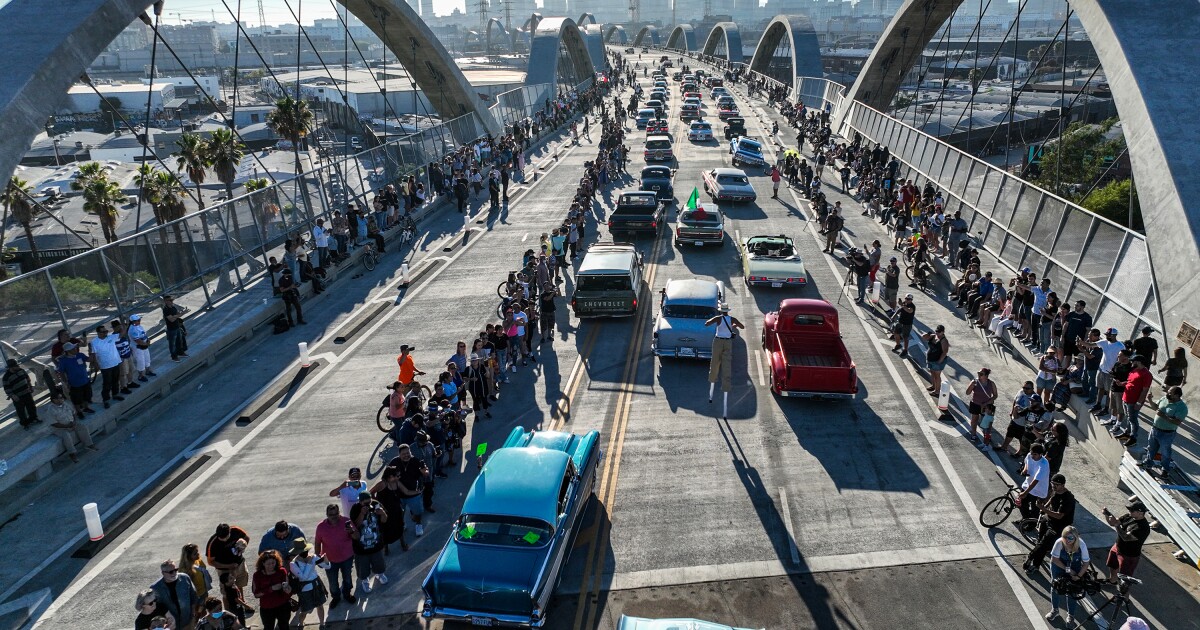 The LAPD will bolster its presence on the 6th Street Viaduct on Sunday after a week filled with closures due to illegal activity on the city’s new popular attraction, a police spokesman said.

The department announced a “traffic enforcement operation” Sunday from 2 pm to 10 pm The goal of the operation is to “ensure safe passage and movement along the bridge itself.”

“The mission of the operation is to deter criminal activity, arrest law violators, and conduct criminal investigations along the bridge,” the Los Angeles Police Department said in a press release. “In order to maintain crowd safety, perimeter control, and safe movement of participants, the bridge will be subject to closing and expeditiously reopening.”

The concrete span has closed four of the last seven nights as speed races and car crashes, along with people making videos in the middle of the street, caused disruptions to traffic throughout the week.

The $588-million bridge, which opened earlier this month to much fanfare, connects Boyle Heights to downtown LA, and replaced the 1932 6th Street Viaduct that was torn down in 2016.

A substantial police presence has been in the area at night, with motorcycle officers and LAPD cruisers circling the area. But that presence will likely increase, a department spokesman said, while adding that it will not be a checkpoint stopping random cars.