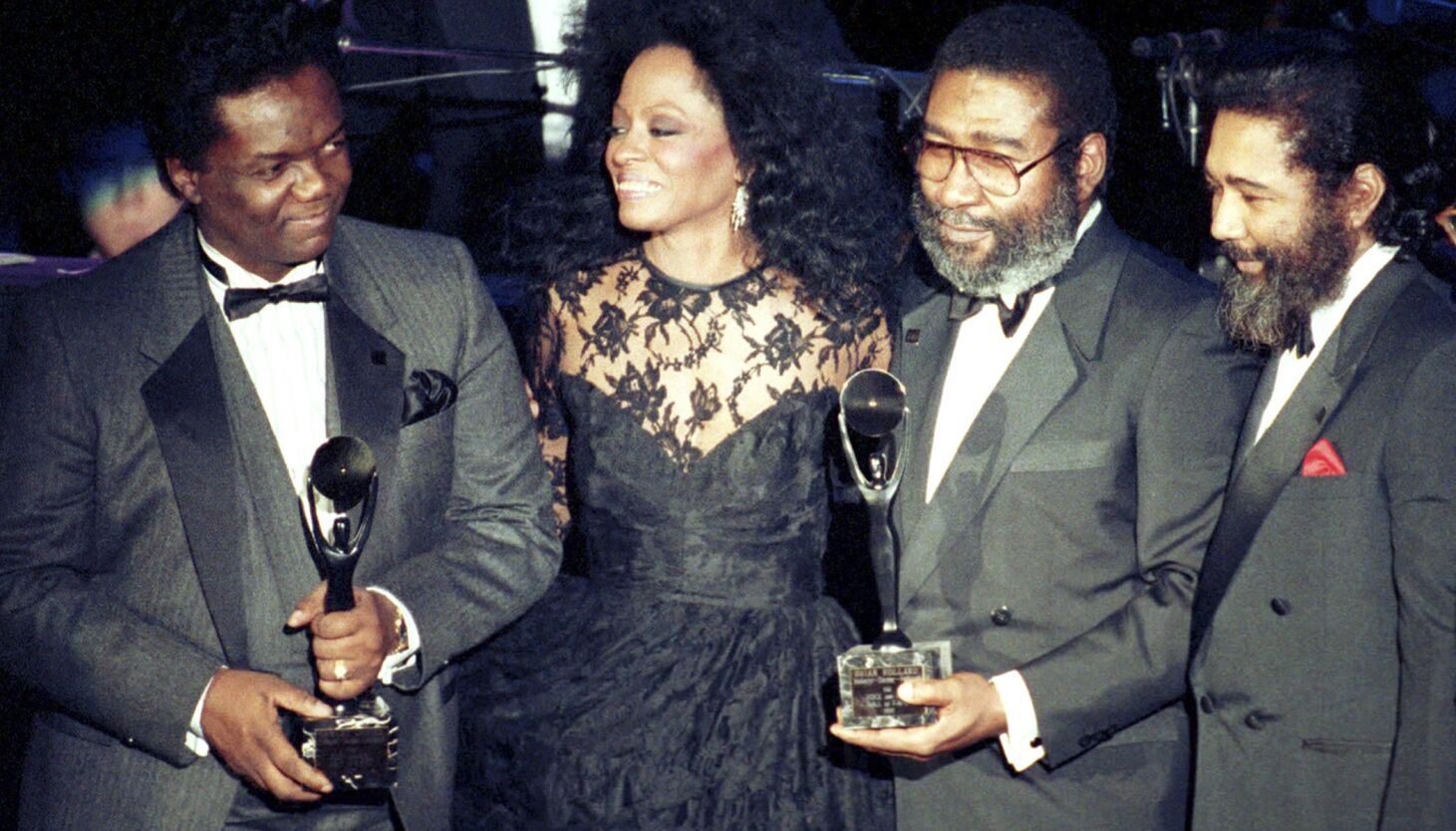 co-NEW YORK — Lamont Dozier, the middle name of the celebrated Holland-Dozier-Holland team that wrote and produced “You Can’t Hurry Love,” “Heat Wave” and dozens of other hits and helped make Motown an essential record company of the 1960s and beyond, has died at age 81.

Dozier’s death was confirmed Tuesday by Paul Lambert, who helped produce the stage musical “The First Wives Club” that Holland-Dozier-Holland wrote for. Duke Fakir, the last surviving member of the original Four Tops, called Dozier a “beautiful, talented guy” with an uncanny sense of what material worked best for a given group.

“I like to call Holland-Dozier-Holland ‘tailors of music,'” he said Tuesday during a telephone interview. “They could take any artist, call them into their office, talk to them, listen to them and write them a top 10 song.”

In Motown’s historic, self-defined rise to the “Sound of Young America,” Holland-Dozier-Holland stood out even compared to such gifted peers as Smokey Robinson, Stevie Wonder and Barrett Strong. Over a four-year period, 1963-67, Dozier and brothers Brian and Eddie Holland crafted more than 25 top 10 songs and mastered the blend of pop and rhythm and blues that allowed the Detroit label, and founder Berry Gordy, to defy boundaries between Black and white music and rival the Beatles on the airwaves.

For the Four Tops, they wrote “Baby I Need Your Loving” and “Reach Out (I’ll Be There),” for Martha and the Vandellas they wrote “Heat Wave” and “Jimmy Mack,” for Marvin Gaye “Baby Don ‘t You Do It” and “How Sweet It Is (To Be Loved by You).” The music lived on through countless soundtracks, samplings and radio airings, in cover versions by the Rolling Stones, Linda Ronstadt, James Taylor and many others and in generations of songwriters and musicians influenced by the Motown sound.

“Their structures were simple and direct,” Gerri Hirshey wrote in the Motown history “Nowhere to Run: The Story of Soul Music,” published in 1984. “Sometimes a song barreled to number one on the sheer voice of repetitive hooks, like a fast-food jingle that lurks, subliminally, until it connects with real hunger.”

Brian Wilson, Ron Wood and Mick Hucknall were among the many musicians offering tributes Tuesday. Carole King, who with then-husband Gerry Goffin was another leading hitmaker of the ’60s, tweeted that “striving to keep up with them made us better songwriters.”

The polish of HDH was ideally suited for Motown’s signature act, Diana Ross and the Supremes, for whom they wrote 10 No. 1 songs, among them “Where Did Our Love Go,” “Stop! In the Name of Love” and “You Can’t Hurry Love.” Expectations were so high that when “Nothing But Heartaches” failed to make the top 10 in 1965, Gordy sent a company memo demanding that Motown only release chart toppers for the Supremes, an order HDH obeyed with “I Hear a Symphony” and several more records.

Holland-Dozier-Holland weren’t above formulas or closely repeating a previous hit, but they worked in various moods and styles: the casual joy of “How Sweet It Is (To Be Loved by You),” the escalating desire of “Heat Wave,” the urgency of “Reach Out (I’ll Be There).” Dozier’s focus was on melody and arrangements, whether the haunting echoes of the Vandellas’ backing vocals on “Nowhere To Run,” flashing lights of guitar that drive the Supremes’ “You Keep Me Hanging On,” or the hypnotic gospel piano on Gaye’s “ Can I Get a Witness.”

“All the songs started out as slow ballads, but when we were in the studio we’d pick up the tempo,” Dozier told the Guardian in 2001. “The songs had to be fast because they were for teenagers – otherwise it would have been more like something for your parents. The emotion was still there, it was just under cover of the optimism that you got from the up-tempo beat.”

The prime of HDH, and of Motown, ended in 1968 amid questions and legal disputes over royalties and other issues. HDH left the label, and neither side would recover. The Four Tops and the Supremes were among the acts who suffered from no longer having their most dependable writers. Meanwhile, HD-H’s efforts to start their own business fell far short of Motown. The labels Invictus and Hot Wax both faded within a few years, and Dozier would recall with disbelief the Hollands’ turning down such future superstars as Al Green and George Clinton. HDH did release several hits, including Freda Payne’s “Band of Gold” and Honey Cone’s “Want Ads.”

Holland-Dozier-Holland were inducted into the Songwriters Hall of Fame in 1988 and the Rock and Roll Hall of Fame two years later. On his own, Dozier had a top 20 hit with “Trying to Hold on to My Woman,” helped produce Aretha Franklin’s “Sweet Passion” album and collaborated with Eric Clapton and Hucknall among others. His biggest success was co-writing Phil Collins’ chart-topping “Two Hearts,” from the 1988 movie “Buster,” a mid-tempo, Motown-style ballad that won a Grammy and Golden Globe and received an Oscar nomination.

HDH reunited for a stage production of “The First Wives Club,” which premiered in 2009, but their time back together was brief and unhappy. Dozier and the Hollands clashed often and Dozier dropped out before the show launched. “I can’t see us ever working with Lamont again,” Eddie Holland wrote in “Come and Get These Memories,” a memoir by the Hollands that came out in 2019, the same year Dozier published the memoir “How Sweet It Is. “

Dozier acknowledged that his early success conflicted with his family life, but he eventually settled down with Barbara Ullman, who died in 2021 after more than 40 years of marriage. His children included the songwriter-record producer Beau Dozier and composer Paris Ray Dozier.

Like so many Motown artists, Dozier was born in Detroit and raised in a family of singers and musicians. He sang in the choir of his Baptist church and his love for words was affirmed by a grade school teacher who, he recalled, liked one of his poems so much she kept it on the blackboard for a month. By the late 1950s, he was a professional singer and eventually signed with Motown, where he first worked with Brian Holland, and then Eddie Holland, who wrote most of the lyrics.

Some of Motown’s biggest hits and catchiest phrases originated from Dozier’s domestic life. He remembered his grandfather’s addressing women as “Sugar pie, honey bunch,” the opening words and ongoing refrain of the Four Tops’ “I Can’t Help Myself (Sugar Pie, Honey Bunch).” The Four Top’s hit “Bernadette” was inspired by all three songwriters having troubles with women named Bernadette, while an argument with another Dozier girlfriend helped inspire a Supreme’s favorite.

“She was pretty heated up because I was quite the ladies’ man at that time and I’d been cheating on her,” Dozier told the Guardian. “So she started telling me off and swinging at me until I said, ‘Stop! In the name of love!’ And as soon as I’d said it I heard a cash register in my head and laughed. My girlfriend didn’t think it was very amusing: we broke up. The only ones who were happy about it were the Supremes.”