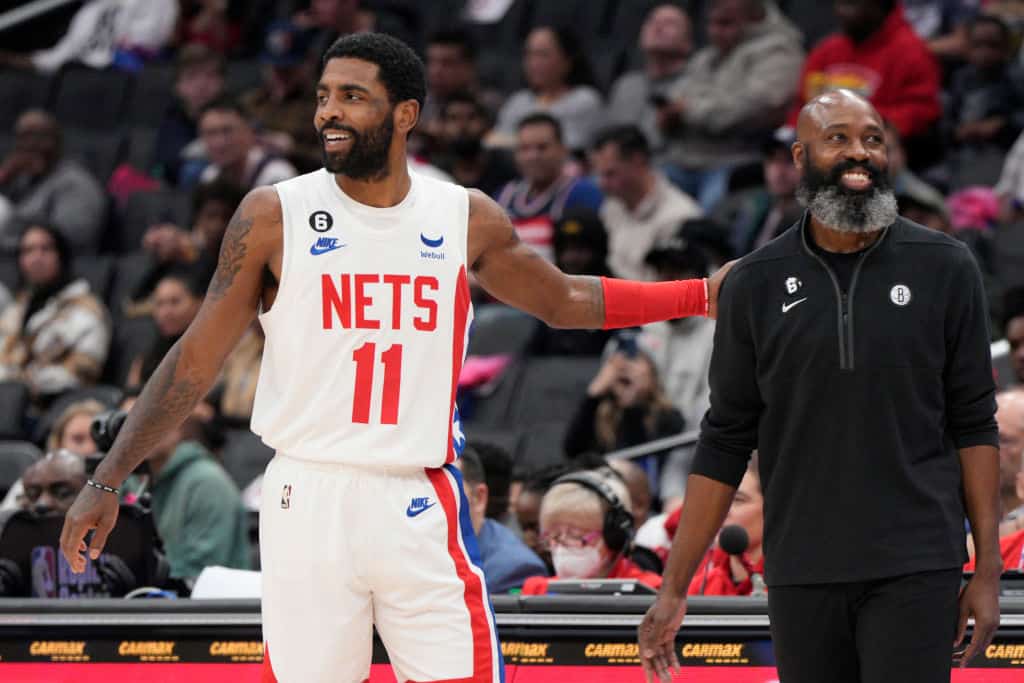 The Brooklyn Nets have now won four games in a row and are the fourth-best team in the East now.

This comes after weeks of people critiquing the crew and thinking that this season might be yet another lost cause for them.

Kevin Durant has been leading the way with the Nets and has been the squad’s most crucial player, but he hasn’t been alone.

In fact, Kyrie Irving has been dishing out great plays like he always has and they are a sight to behold.

Kyrie Irving is toying with this Wizards defense 🙀

Is he the toughest player to guard in the NBA? pic.twitter.com/o8dJjHie6E

Irving created an insanely fun assist on Monday night as his Nets sailed on their way to beating the Washington Wizards.

After receiving the ball, Irving was shut down by the Wizards’ defense, with three opponents trying to stop any attempted shot.

He didn’t need to take the shot himself, as he made a smooth bounce dish to Ben Simmons, who was able to put up an easy two points.

Like the best assists in the NBA, this was incredibly fun to watch.

Seeing Irving create a pass like this isn’t new, as he has been doing this since he entered the league years ago.

This showcases not only how skilled he is as a shooter (why else would three defenders cover him?) but also how smart he is on the floor.

There is a lot to complain about when it comes to Irving and he can be very hard to root for but no one can deny that he’s a very talented NBA star with a great basketball IQ.

That is on display when he assists as he did on Monday night.