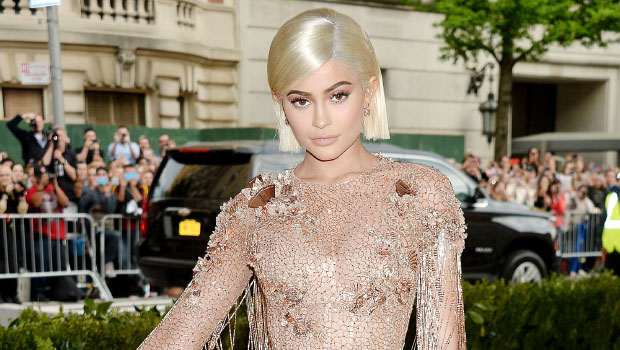 Kylie Jenner is the rare breed of beauties who look camera-ready at a moment’s notice. The 22-year-old makeup mogul proved on point as she shared snaps of herself getting ready for her latest cosmetic company photo shoot. Taking to Instagram on Saturday, May 28, Kylie showed off her instant transformation from mother of two to cover girl! She captioned the flawless post, “shoot dayz @kyliecosmetics.”

The glamorous social media offering comes after Kylie made a TikTok to reveal she was struggling a bit after welcoming her second child with Travis Scott in February. Using a sound bite from her 2017 show, Life of Kylie, Kylie mouthed the words, “I’m getting my personality back though. I’m feeling like myself again. I really was not myself. ” She captioned the clip, “when your postpartum hormones start leveling out.”

This is not the first time Kylie has opened up about her post pregnancy struggles since she and Travis gave birth to their baby boy, whose name has yet to be revealed. The reality star, who also shares 3-year-old daughter Stormi with the rapper, spoke out about it back in March on Instagram. “I just want to say to my postpartum moms that postpartum has not been easy,” she admitted. “This experience for me, personally, has been a little harder than with my daughter.”

Kylie was also in her feels about being a parent this past Mother’s Day. She shared a slew of photos and clips of her baby girl Stormi and one of her son’s hands. Kylie has yet to share a photo of what he looks like. As mentioned, his name is also a mystery, although at one point they had decided to call him Wolf Webster. However, weeks after they confirmed the name, Kylie explained that they decided to change it.

Michelle Williams’ Kids: Everything To Know About Her Daughter & 2 Kids With Thomas Kail