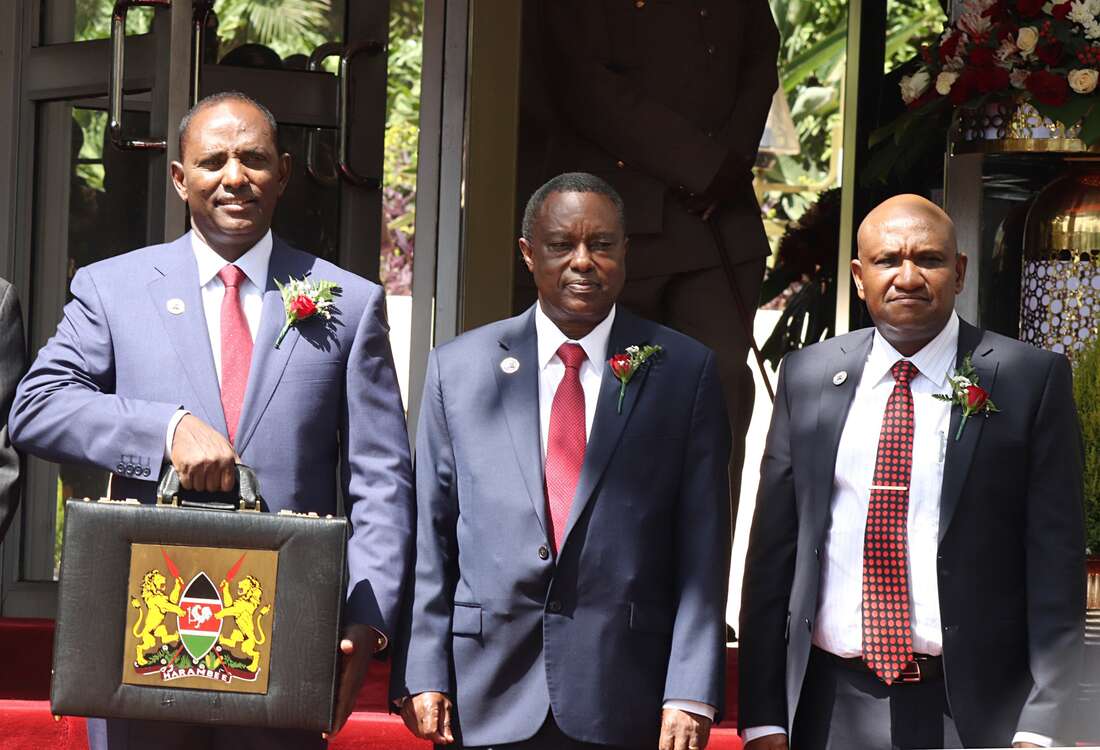 The Kenya Revenue Authority (KRA) will get powers to freeze and seize additional assets such as cars, ships and planes of wealthy tax cheats following proposed changes to the law.

Treasury Cabinet Secretary Ukur Yatani on Thursday announced changes to the tax laws that will widen the range of assets that can be frozen by the KRA beyond land.

The proposal is aimed at strengthening the KRA’s hand in the crackdown to recover unpaid taxes from high-net-worth professionals and traders in efforts to raise national revenues.

KRA detectives have identified firms and wealthy individuals that owe it more than Sh260 billion.

Mr Yatani seeks to recover the billions as part of revenues to fund the Sh3.3 trillion budget for the financial year starting July.

He is seeking to raise Sh350 billion in additional revenues, including Sh50 billion from a rise in duty rates, signaling that the bulk of the money will come from aggressive pursuit of tax cheats.

“I propose to amend the Tax Procedures Act to require Registrars of ships, aircraft, motor vehicles and any other properties that may be used as security for unpaid taxes to restrict disposal or transaction of these assets upon receipt of direction from the commissioner,” MrYatani said in his budget speech on Thursday.

Currently, the KRA can only stop the sale and transfer of land whose owners are suspected to have cheated or evaded paying taxes.

The tax cheats risk travel bans, collection of duty directly from their suppliers and bankers, and prosecution in what promises to be the biggest crackdown yet on high-net-worth persons.

The KRA is racing to bring more people into the tax bracket and curb tax cheating and evasion in the quest to meet targets, which have been set at Sh2.02 trillion for the year starting July.

Besides the assets freeze, Mr Yatani on Thursday proposed changes to the law that will compel firms and people fighting the KRA in courts over tax demands to deposit 50 percent of the disputed amount in a Central Bank of Kenya (CBK) account.

The move is aimed at encouraging out-of-court settlements amid complaints that the KRA is unable to collect billions as it awaits conclusion of suits.

The proposal is, however, likely to face opposition due to its anticipated impact on the cash flows of businesses caught up in the tax wars with the KRA.

“As a business what will happen if I can not afford the 50 percent? And if I pay and as we know some of these cases take years then that means my capital will be tied up and I may be forced to shut down, ”Nikhil Hira, a tax expert at Kody Africa LLP, said.

Mr Yatani says that taxpayers will be refunded the deposit within 30 days if the cases are ruled in their favor.

Mr Hira says the move to widen the range of assets that the KRA can freeze will make the taxman more aggressive.

Car registration details are also being used to smoke out individuals who are driving high-end vehicles but have little to show in terms of taxes remitted. Kenya Power meter registrations are helping the taxman to identify landlords, some of whom have been slapped with huge tax demands.

The KRA stepped up its fight against tax evasion and sought additional funding to hire 1,000 intelligence and enforcement officers in an effort to beef up the investigations on wealthy individuals and firms.

Deregistration of PINs means that the affected individuals and businesses will be cut off from making transactions that require proof of active registration as a taxpayer.

The list of transactions that requires proof of an active PIN certificate includes registration of land titles, approval of development plans, registration, transfer and licensing of motor vehicles and registration of business names and companies.

Others are underwriting insurance policies, customs clearing and forwarding, payment of deposits for power connections, supplying goods and services to the State, as well as opening accounts with financial institutions.