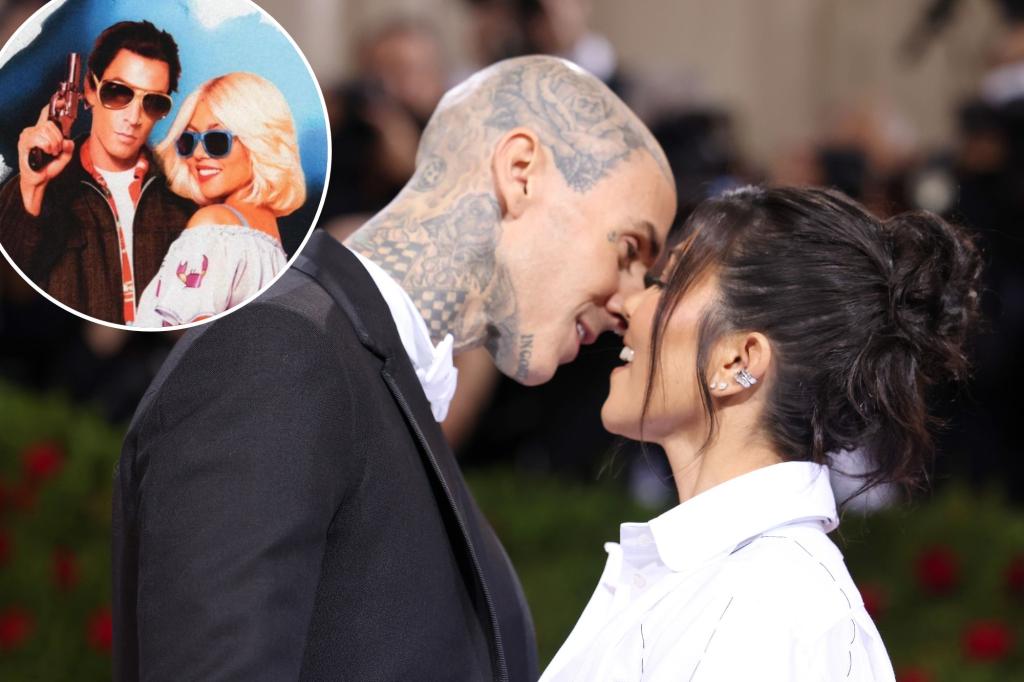 Never one to shy away from PDA, Kourtney Kardashian, 43, touched on the sexual fetishes she shares with her husband, 47-year-old Travis Barker, while taking a Vanity Fair lie detector test alongside her sister, Khloé.

“Does Travis have a foot fetish for your feet?” Khloé probed in the video released Thursday.

“Possibly, yes,” Kourtney smiled, as Khloé reminded her that her responses needed to be simple yeses or nos.

“Come on, we’re all adults here,” Khloé pumped, after asking if Kourtney had any fetishes.

“I would say nothing wildly crazy,” she lamely admitted.

“What is that?” the mother of three wondered.

“Where you guys dress up in characters, and you guys wanna bone one another,” the youngest Kardashian sister replied, sort of explaining the subculture where participants dress as anthropomorphic animal characters.

“The closest would be Halloween,” Kourtney confessed, saying she and the Blink-182 drummer failed to hook up while dressed up on this year’s holiday, but did in their “True Romance” costumes in 2021.

“Oh, I could only imagine what you guys were doing last year then,” Khloé mused.

Kardashian and Barker started dating early in 2021 and married in a low-key ceremony in Santa Barbara in May 2022 before hosting a lavish Italian celebration later that month.

After the sexy talk, Kourtney had a Keke Palmer moment when she was handed a picture of Amazon founder Jeff Bezos and asked if she would accept business advice from him.

“I don’t even know who this is, guys,” she deadpanned.

“Oh, well, I don’t know what he looks like,” Kourtney laughed. “You guys, I don’t watch the news. … I don’t look at news stories.”

She added she would accept Bezos’ business advice. Not that she’s reading these stories, but Kardashian recently revealed she “finally” has her “energy” back 10 months after quitting IVF to have a baby with Barker.