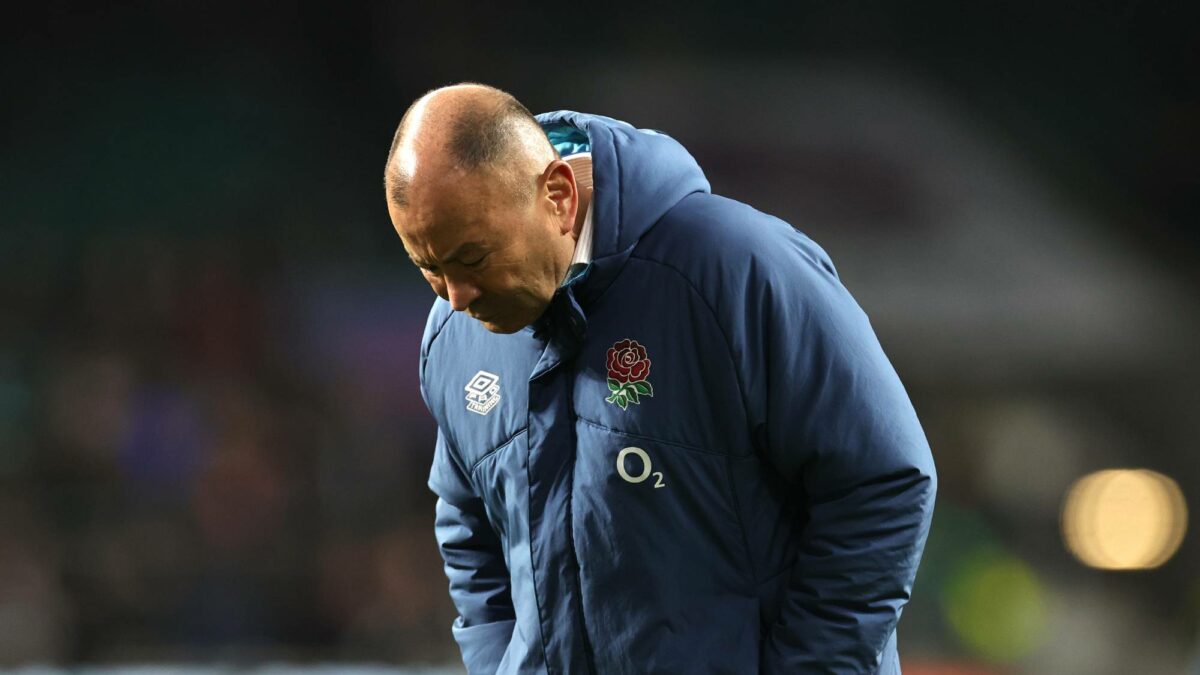 The knives are being sharpened at Pennyhill Park. Whether the Rugby Football Union wields the blade remains to be seen, but certainly, the ravenous British press are doing their best so that Eddie Jones’ tenure comes to a swift ending.

Veteran rugby writer Stephen Jones penned an article in The Sunday Times with the headline, ‘Weight of evidence leaves panel with one option – axe Eddie Jones’.

Forget that the evidence was incredibly one-sided, but in Jones’ mind the Australian had run out of time.

Jones is set to address the RFU on Monday, with the independent panel, led by RFU chief executive Bill Sweeney, to then present its findings by Tuesday. A decision on whether Jones will coach England through to next year’s World Cup campaign is set to be handed down on Wednesday.

Player feedback is expected to be considered, and could be in the Australian’s favour if recent public backing from Ellis Genge is to be taken at face value.

Premiership-winning coach Steve Borthwick, who was Jones’ assistant at Japan and England before taking over Leicester Tigers and leading them to last season’s title, is the favourite to take over should the RFU axe the Australian. Warren Gatland remains a contender, too.

The Times’ Jones blasted the RFU for allowing the panel, which will determine the Australian’s fate, to remain anonymous.

“But even without the panel identifying themselves, there must be key questions. If they lack the courage to be named, then do they have the courage to make major and possibly controversial decisions?” Jones asked.

“Will they be seduced by the RFU press release that went out last week, which, while admittedly expressing grave disappointment, then praised the fantastic group of new or newish players who are coming through. Pass the binoculars.” 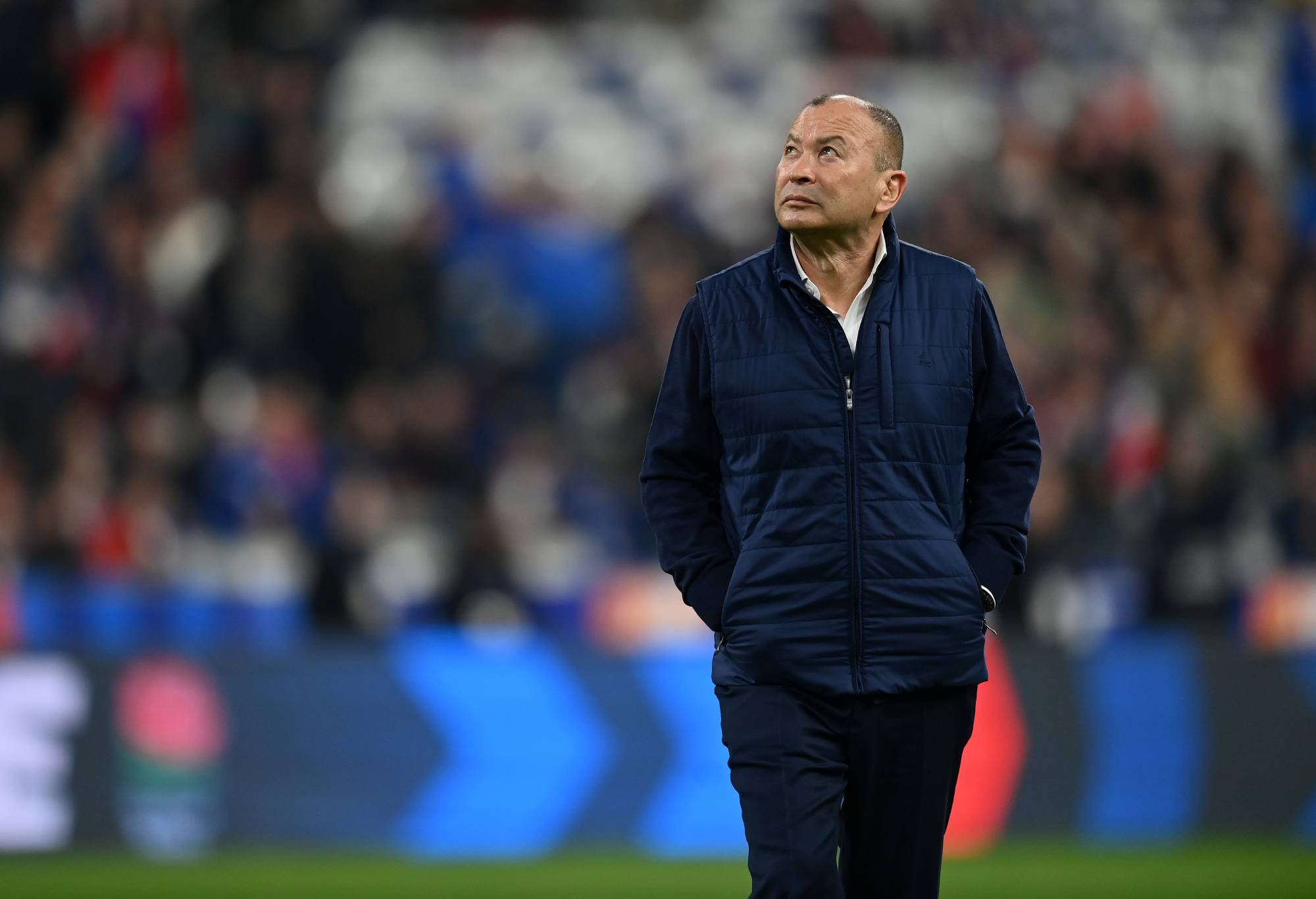 Jones then turned his attention to his namesake, saying the “Jones era has become totally bizarre.”

“There is the bonkers number of players called up for England duty; the switching of opinion — one minute banged up for criticising referees, next minute defending them warmly against those that criticise referees; the apparent refusal to use form as a selection guide; the total failure in key games to get across what the plan is; and the inference of last week that the players are finding the whole thing incredibly difficult, and the coaches too; and there is also the turnover of coaches, with one Aussie succeeded by another, and no feeling of togetherness, which is apparent to England fans,” Jones wrote.

Jones said the Australian’s suggestion that England will be better for the hard road they have travelled over the past two years was “blatant nonsense”.

He then slammed Jones’ comments in a recent story on Sir Clive Woodard.

The Australian said he felt “sorry” for Woodward feeling the need to be so negative.

Jones then said the RFU’s demise since 2006 could be traced back to the day they looked past Woodward to be the RDU director of elite rugby.

Jones finished his column by saying the RFU were left with only “one decision” to make on England’s head coach: axe the Australian.

“The shadowy figures meeting on Monday have only one decision to make with regard to Jones. If they spend too much time arguing against the sheer weight of evidence, then their motives or their appetite for proper change, will be called into question. Biscuits all round, but the rugby nation needs them to do a proper job. Alternatives to dispatching the present coach? There are none,” Jones wrote.

Jones’ colleague at The Times, Stuart Barnes, was more nuanced in his column, with the former playmaker saying the Australian’s selection had let him down.

Barnes described Jones as “diligent” in his efforts to get around the Premiership to watch England’s best, but the pundit said the former Wallabies coach had failed to select players on form.

In particular, Barnes said he continually backed players he liked like Billy Vunipola, Jonny May and Jack Nowell but looked past others like Alex Dombrandt and Elliot Daly.

“South Africa have not been afraid to test their will-o’-the-wisp wing, Kurt-Lee Arendse and yet Jones hasn’t offered [Cadan] Murley a chance to show his form for Harlequins in England colours,” Barnes wrote in The Times.

“Are England’s players good enough? We won’t know until the RFU “drops” Jones. That could be very soon.” 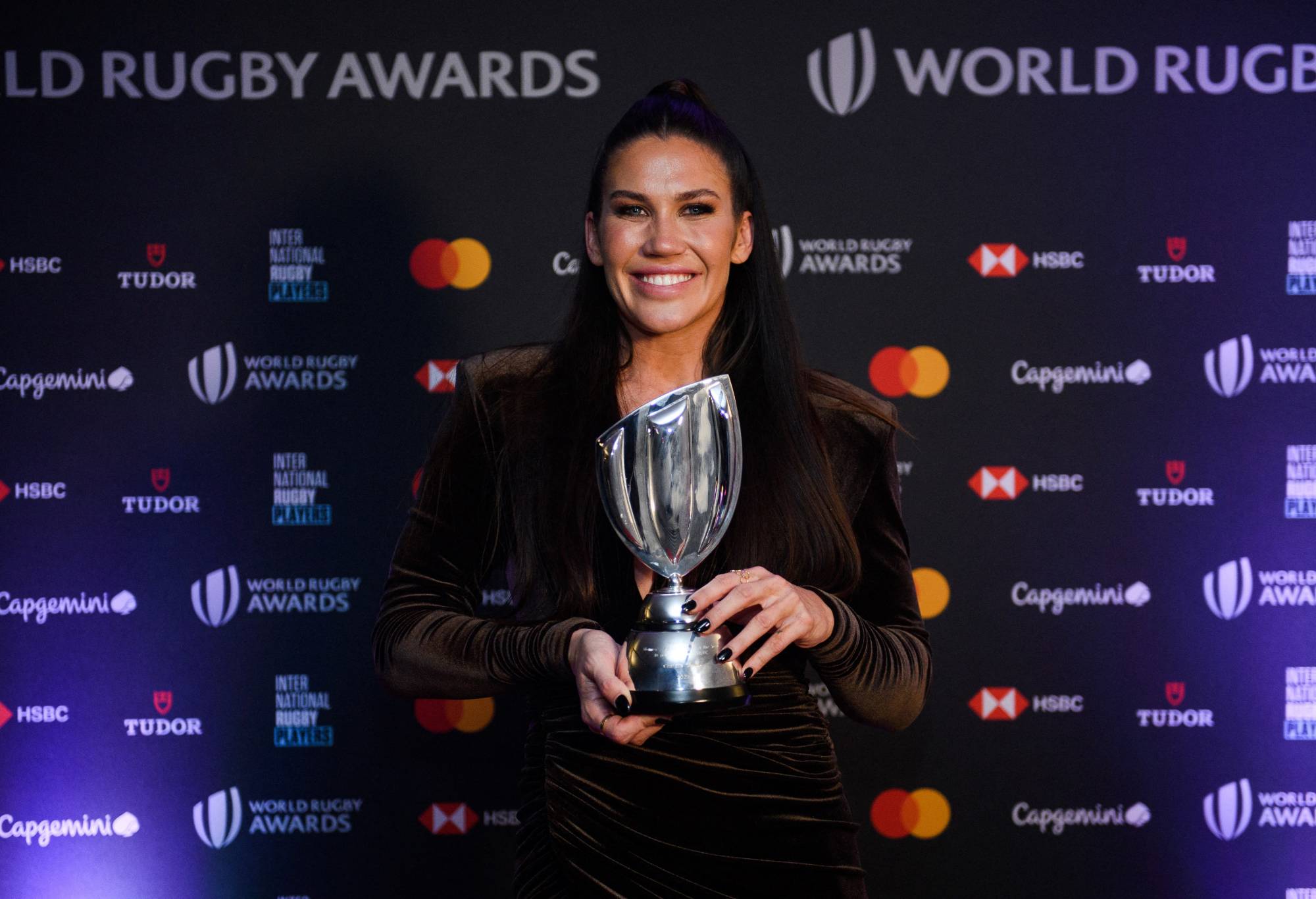 Australia’s all-conquering rugby sevens women have crowned themselves “queens of the desert” after winning the Dubai Sevens for the third year in succession.

The world champions began their new season on Saturday in the same grand manner they ended the last – with another trophy-winning display against old rivals New Zealand.

Co-captain Charlotte Caslick, in her first competition since being voted world sevens player of the year, orchestrated their triumph on the first stop in their defence of their season-long World Series title.

The Australians, who lifted the World Cup, World Series and Commonwealth Games crowns last year, carried on where they left off by winning all six matches in their two days in Dubai, while running in a total of 32 tries.

Just as in September when they beat New Zealand 24-22 in the World Cup final in Cape Town, they got the better of their trans-Tasman rivals in the final, this time prevailing 26-19 with tries from veteran Sharni Williams, Faith Nathan, the prolific Maddison Levi and co-captain Demi Hayes.

Not even a hat-trick from the Kiwi flyer Michaela Blyde could stop Tim Walsh’s team from making the perfect start to their new campaign, with Madison Ashby’s two key turnovers helping her take the player of the final award.

“Like our coaches say, ‘we’re the queens of the desert!’,’ smiled the outstanding Ashby, whose team seemed to thrive in the blistering conditions while others faded.

“We thrive off heat, so for us, it was just a golden win.”

South Africa Rugby World Cup winner Sbu Nkosi has been reported to police as a missing person with his club saying it’s concerned for his safety.

Nkosi has been “absent without leave” for three weeks and hasn’t responded to calls and messages, his club, the Blue Bulls, said in a statement on Saturday.

The Blue Bulls said he last had contact with anyone at the club on November 11 and the team opened a missing person case with police on November 17.

“This resulted from the grave worry and concern of everyone (at the Blue Bulls),” the team said.

The Pretoria-based team has sent officials to check for Nkosi at his home four times over the past three weeks and haven’t found him.

They are relying on “the expert assistance of the South African Police Services” to locate him.

The 26-year-old Nkosi played 16 Tests for the Springboks and was part of the squad that won the 2019 Rugby World Cup in Japan.

Life in the Premiership has started well for Australian playmaker Arabella McKenzie.

The 23-year-old Wallaroos star scored a stunning try during Harlequins’ 19-10 victory over Saracens.

Trailing 10-0, McKenzie recieved the ball just shy of the half-way line and took the ball to the line and sliced through before fending away the fullback to score a brilliant solo try.

It was just the start the former NSW Waratahs playmaker wanted after making the big move to England.

She was joined on the highlights reel by her World Cup teammate Kaitlan Leaney, who made quite the impression with a thumping tackle on Saracens captain Lotte Clapp in the second half.


The crypto winter gets colder: more job losses, warnings of Bitcoin falling to $5,000 next year