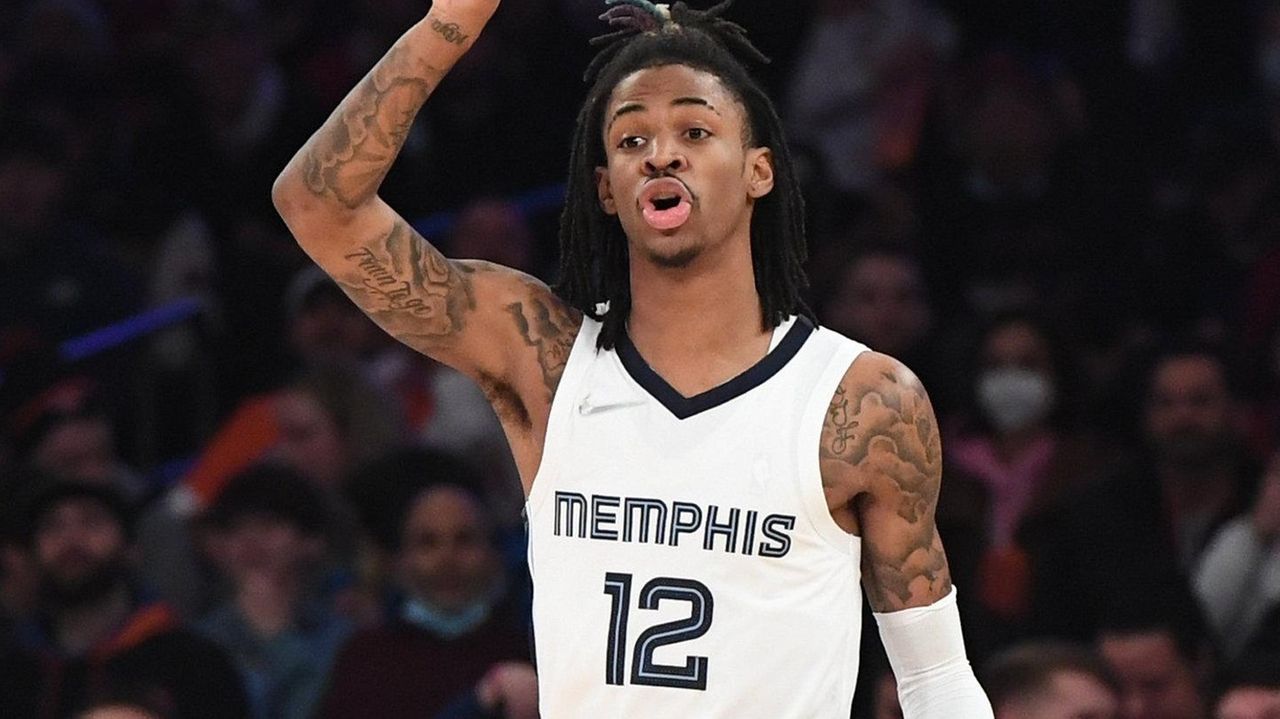 The first time Ja Morant had the ball and matched up against RJ Barrett on Wednesday night caused quite a stir inside Madison Square Garden.

Not since Bryant (Big Country) Reeves played for the Vancouver Grizzlies had there been this many fans sporting Grizzlies jerseys in New York.

So when Morant had the ball on Memphis’ second possession of the game and had Barrett in front of him, you could hear the road from the crowd in anticipation of what might happen.

What happened was Morant shaking Barrett and hitting a gorgeous eight-foot floater. It was the start of an entertaining 23-point game from the emerging star point guard as Memphis took a 120-108 victory.

Morant missed 12 straight shots in the second half and finished 9-for-27. But he orchestrated the Memphis offense with nine assists. Jaren Jackson Jr. scored 26 points and rookie Ziaire Williams added 21.

“I actually think we did a good job on [Morant] today,” said Barrett, who also scored 23. “He’s aggressive. He keeps going all game long. His teammates were knocking down shots. He was making the right basketball plays. Obviously, he’s a really good player.”

“That’s the challenge,” Thibodeau said. “You’ve got to commit to [defending] Morant and then you’ve got to find bodies and finish your defense and we didn’t do that. Gave up 25 second-chance points. It’s hard to win like that.”

Julius Randle (18 points) was ejected with 31.5 seconds left after picking up his second technical foul.

The Knicks were led by Evan Fournier’s 30 points. Mitchell Robinson had 14 points, 11 rebounds and blocked eight shots. Kemba Walker did not score for the second straight game.

The Knicks are happy with the progress Barrett has made. But Morant has blossomed into a first-time All-Star and has helped the Grizzlies (36-18) become a power in the West.

Morant was treated like visiting royalty by the crowd, and he definitely ate it up. Whether it was driving to the hoop, starting or finishing alley-oop fast breaks9 or trying (and) missing a 30-foot three-pointer, Morant was playing to the crowd. He was a living highlight reel.

Memphis went up by as many as 19 points midway through the second quarter before the Knicks got the deficit down to 12, which is what it was at halftime. The Knicks got within six in the third quarter, but trailed 92-79 heading into the fourth. That’s the way it went all night.

“It’s a tough one,” Barrett said. “This is a tough one just because of how hard we played.”

The fourth opened with Nerlens Noel going for a fake and then turning around to see Jackson thunder down a two-handed stuff.

The Knicks got it down to five with 9:03 left as Immanuel Quickley hit consecutive three-pointers.

The next basket came from Noel — but it counted for Memphis when Noel inadvertently tipped in a Morant miss. Jackson hit a three-pointer and just that quickly it was 100-90.

Morant, the Murray State product, came into the game averaging 26.4 points and 6.8 assists and shooting 49.1% from the field. The 6-3 guard was leading the NBA in points in the paint at 15.6 per game.

Knicks fans know that if the lottery had gone a little differently in 2019, Morant could have been their team’s pick and could today be their All-Star. Of course, that assumes that Knicks’ front office would have realized Morant was the man to pick at No. 2 and later regimes would have known what they had and allowed him to become the player he is today.

The Knicks also have the No. 10 pick in the 2019 draft in Cam Reddish, whom they acquired from Atlanta on Jan. 14. He did not play.

Miles McBride, who scored 39 points for Westchester of the G League on Tuesday, returned to the Knicks on Wednesday, but did not play.

Anthony Rieber covers baseball, as well as the NFL, NBA and NHL, for the sports department. He has worked at Newsday since Aug. 31, 1998, and has been in his current position since July 5, 2004.