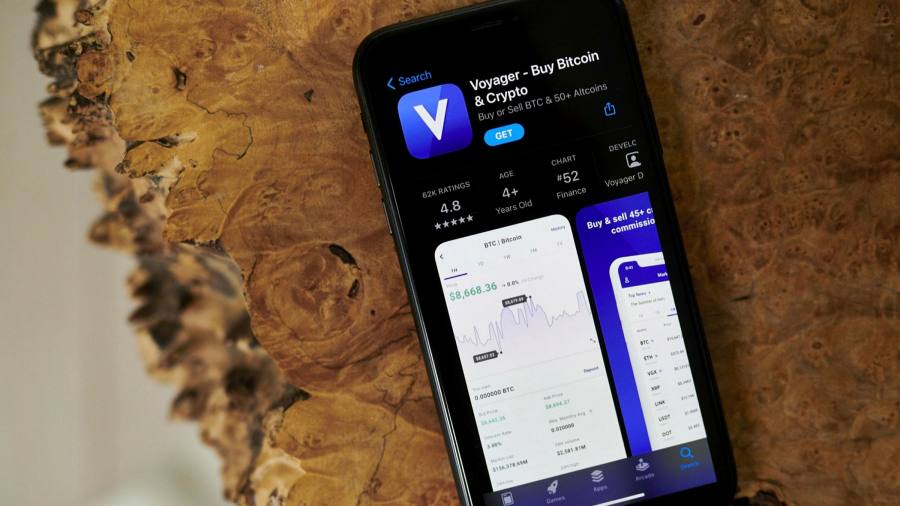 Kirkland & Ellis has emerged as the pre-eminent law firm in the US when it comes to restructuring bankrupt companies. One of the reasons may be the way it uses PowerPoint.

In the crucial “first-day” hearings, when a federal bankruptcy court judge is assigned and the case kicks off, Kirkland typically makes a slide presentation introducing the basic facts needed to explain the company and its crisis to the court.

But more importantly, this fancy fonts and graphics routine, which does not count as formal evidence, sets the tone and the narrative for how the firm wishes the case to unfold for its client.

Those PowerPoints are suddenly getting more attention. Kirkland is representing two high-profile cryptocurrency companies, Voyager Digital and Celsius Holdings, which have each filed for Chapter 11 protection in recent weeks.

On the opening day of each case, Kirkland presented its usual slide decks, both of which are publicly available. The overall themes of both are the same.

Each of Voyager and Celsius succumbed to the “crypto winter”. However, they both have valuable assets and prospects, which should allow account holders to maximize their recoveries on their currently frozen accounts through a reorganization rather than a liquidation.

In the case of Voyager, Kirkland has already submitted an outline proposal for a new Voyager that will be publicly traded and owned by current account holders. The options for Celsius are less clear but a firm lawyer said in court, “we believe we have some valuable assets to reorganize around”.

It is perhaps a moot point that these companies could or even should be resurrected given that they just imploded after what both described in their filings as a “run on the bank”.

“Every financial relationship depends on trust,” said Vincent Indelicato, a bankruptcy lawyer at Proskauer Rose. “Once you lose it, you may never win it back.”

But no law firm has a better record of solving difficult workouts than Kirkland & Ellis. The Voyager and Celsius cases present the unique challenge of answering novel legal questions about the fundamental nature of crypto, examining the conduct of the companies before the bankruptcy both balanced against the expense of protracted time in court.

The plight of the two companies is reasonably straightforward. Both took crypto deposits from thousands of customers. Those customers were promised double-digit annual yields while the companies took their deposits and used them to make risky bets that soured when crypto coin and token prices collapsed this year.

Celsius, for example, disclosed that at the time of its bankruptcy petition, it had $5.5bn of liabilities but just $4.3bn of assets. They each imposed “gates” that prevented account holders from withdrawing their crypto funds. Weeks later, the bankruptcy filings followed.

The human fallout is becoming evident as the public legal records in each case fill with letters from account holders to the respective judges wondering why they cannot access their holdings and explaining the damage this is causing to their lives.

One core legal question for the bankruptcy cases is whether account holders have a direct claim on the specific crypto that they put into their accounts or if they are classed as generic unsecured creditors with a claim to the company’s remaining pool of assets (the latter is the apparent consensus for now).

The benefit of the US bankruptcy system is that all stakeholders have a voice. Creditor committees are formed. The Justice Department weighs in. Judges have to approve reorganizations after investment bankers testify on valuations.

Still, much of that choreography can be managed by the debtor’s law firm which, while hired by the company, is supposed to work for the benefit of all stakeholders. The tensions, too subtle for a two-dimensional PowerPoint, will soon become evident enough.