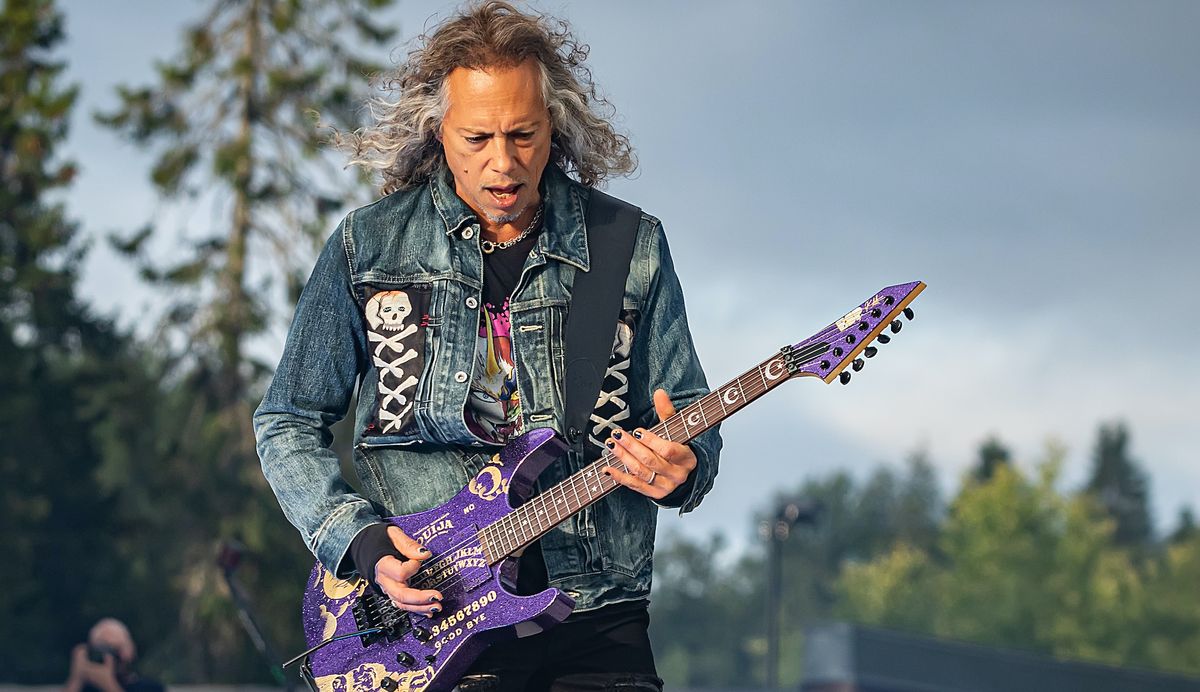 Hammett saw the EP as an opportunity to create “soundtracks to the movies in your mind, “and with its brand-new first single – the incredibly cinematic High Plains Drifter – it seems like the guitar legend is set to make good on his word.

Make no mistake, High Plains Drifter is no Metallica throwaway. It’s centered around a beautiful flamenco classical guitar riff, and features lush, beautifully realized orchestral arrangements. The Spaghetti Western-influenced tune is not entirely an acoustic detour though – Hammett gets some prime frenzied electric chugging in as the song picks up steam, and tops the whole thing off with a truly epic, acrobatic solo.

Though inspired by the classic 1973 Western of the same name, High Plains DrifterHammett says, “was not meant to be specifically music for that film, but it was once it was written, I immediately thought it conveyed the same sentiment as the film, so the piece was christened accordingly.

“The music for High Plains Drifter, “he continued,” initially came from a flamenco piece I had written. It was a two-and-a-half-minute piece, and I really liked it, but it was one of those riffs that would be hard to integrate into Metallica.

“I knew I wanted to do something with it, even though it came out spontaneously. I had been sitting outside messing around with a flamenco acoustic guitar I’d just bought, and it flowed out in the moment. I was determined it would have a life. It would have its moment. ”

You can check out the EP’s cover art and track list below.

1. Maiden and the Monster
2. The Jinn
3. High Plains Drifter
4. The Incantation