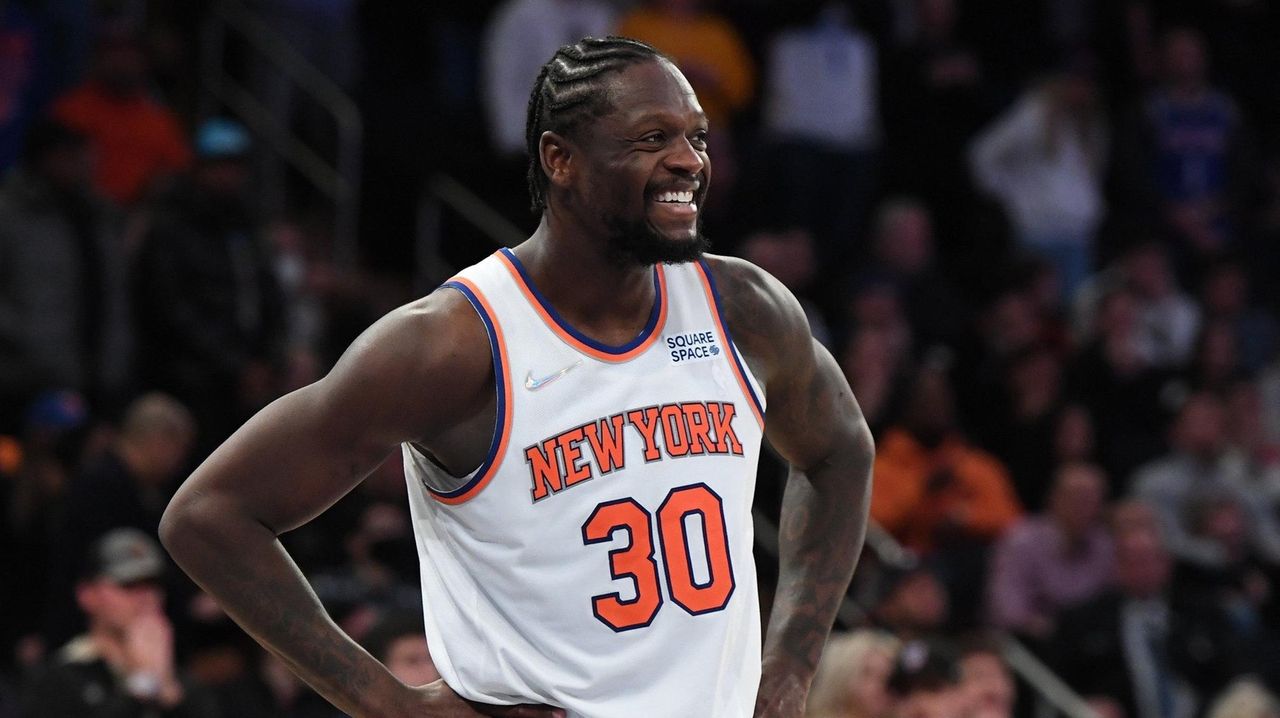 If the response awaiting Julius Randle at Madison Square Garden from the stands was in question as he took the floor Monday night, he had at least one fan in place.

Alvin Gentry, who took over as coach of the Sacramento Kings earlier this season when Luke Walton was fired, coached Randle in his last stop with the Pelicans before the forward departed for the Knicks as a free agent. And while rumors have begun to sift through the league that Randle is not untouchable, Gentry, with a team full of trade rumors himself, was effusive in his praise for his former player.

“I think he’s a better player,” Gentry said when comparing Randle to the player he was in New Orleans. “And he was a very good player for us. He was outstanding for us, really. I think he’s slowed himself down a little bit. Now I know he’s struggling a bit right now, but it’s never because of effort or anything.

“He has not shot the ball as well. But the way he attacks the basket and his ability to handle the ball in the open court and create plays are all things he was starting to do when he was in New Orleans, and I think he’s much, much better at it right now. A good guy to coach because he loves the competition and does not mind the contact. “

It sounds like what was said about Randle last season when he carried the Knicks to the No. 4 seed in the Eastern Conference, earned the NBA’s Most Improved Player award and made the All-NBA second team. But Randle has struggled this season and the Knicks have struggled with him.

After averaging 24.1 points per game last season, he has dipped to 18.5 this season and his shooting percentages have dropped drastically. And as things have gotten worse, he seems to have receded into the background.

Entering Monday, in the 13 games since his return from COVID-19, he averaged only 16.4 points per game and shot 24.2% from three-point range. He has had seven games in which he scored in single-digits this season, something he did only twice last season.

“I do not want to measure him on scoring,” coach Tom Thibodeau said. “I want to measure him on all the things he does for our team, and that’s a compilation of a lot of things, whether it’s the playmaking, playing with speed, getting it up the floor quick, [or] him running the floor. We’ve got to figure out how to get him some easy buckets too. I want us to play with more pace, kick the ball ahead more. Hopefully we can get some easy buckets that way.

“So just play an all-around game and really, that’s what he does. It’s not any one particular thing. He scores the ball a lot of different ways. He can playmake, he can offensive rebound. He can run the floor, he can get a deep post-up in transition before the defense gets set. I think the defenses have locked into him pretty good. So we have to figure out a way where we can get him before the defense is set. “

Randle’s struggles also have manifested themselves in body language as he often seems distant and detached on the floor. While he is not the only player in the NBA to take a seat at the end of the bench far from the team during a timeout, he sometimes has remained out of the huddle even when in the game.

Gentry said he has seen the emotional side of Randle but does not believe it’s a problem.

“Obviously, it’s a little bit different when you play in this city,” he said. “You need to be strong in all areas. He’s a pretty emotional guy. But I think it’s all for the better to me. We had episodes of that. I think it comes from a good place. I enjoyed coaching him and he played really good basketball for us. “

Steve Popper covers the Knicks for Newsday. He has spent nearly three decades covering the Knicks and the NBA, along with just about every sports team in the New York metropolitan area.