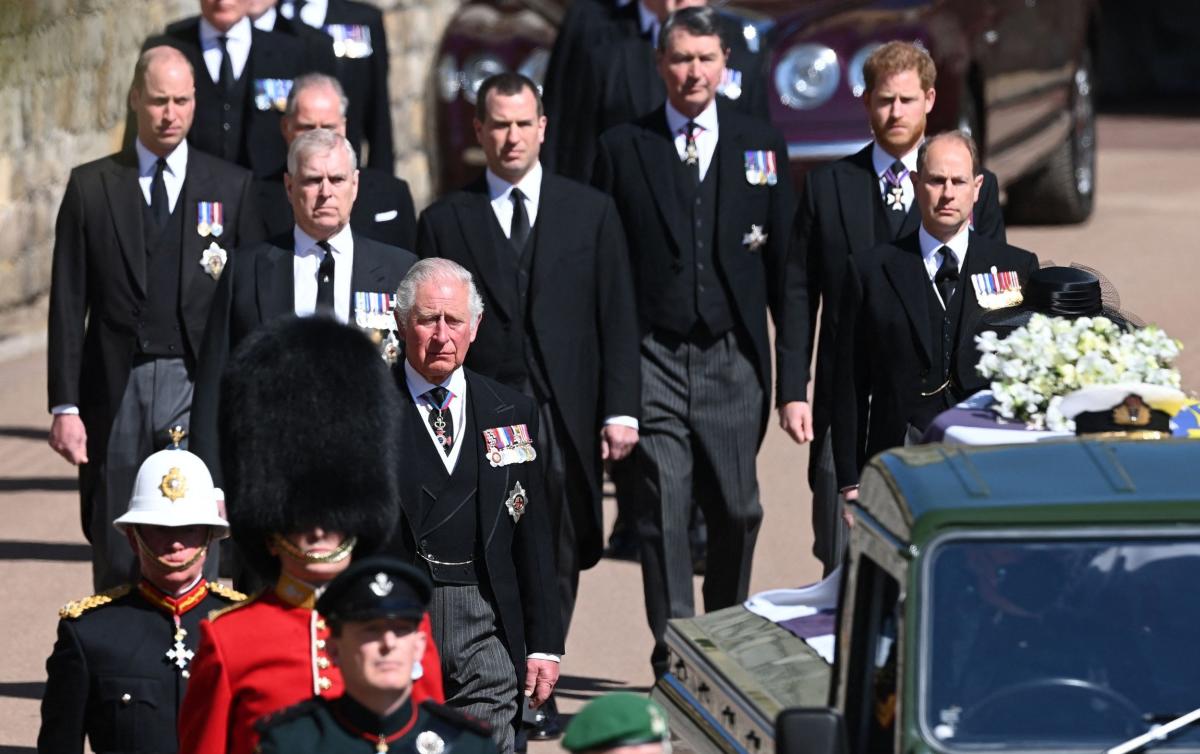 King Charles pleaded with his sons “don’t make my final years a misery” at the Duke of Edinburgh’s funeral, Prince Harry has claimed according to reports of his book.

The conversation is said to be revealed in the Duke’s memoir Spare, which is due to be published next week.

According to The Guardian, which says it has seen a leaked copy of the book, Harry recounts private conversations between senior royals.

At the Duke of Edinburgh’s funeral in April 2021, Harry is said to claim that Charles stood between his sons “looking up at our flushed faces”.

“Please, boys,” the King is reported to have told them. “Don’t make my final years a misery.”

The funeral was marked by ongoing tensions between the brothers.

They did not walk shoulder to shoulder in a procession behind their grandfather’s coffin from Windsor Castle to St George’s Chapel, and were instead separated by their cousin Peter Phillips.

The Duke was also not accompanied by his wife, who was heavily pregnant.

The Guardian reports that in his book, the Duke also accuses his brother of physically attacking him.

He is said to claim that the Prince of Wales, then the Duke of Cambridge, arrived at his London home in 2019 and called the Duchess of Sussex “difficult”, “rude” and “abrasive”.

William is then accused of grabbing the Duke by the collar and knocking him to the floor.


‘Avatar: The Way Of Water’ Swims Past Competition With $1.5B Global Today To Become The No. 1 World Wide Release Of 2022