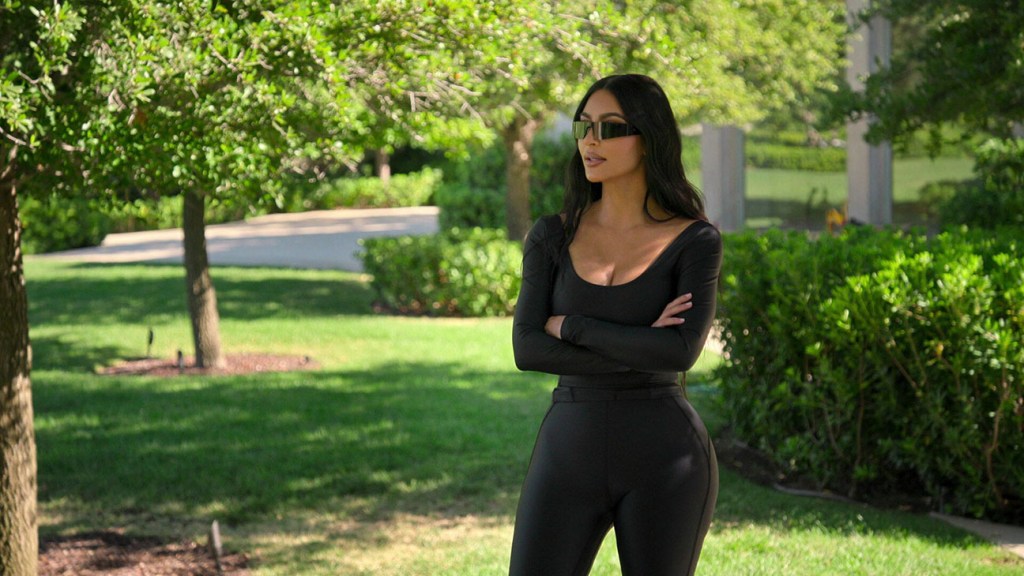 The Kardashians are back, but it’s hard to drum up enthusiasm for people who do not leave the spotlight long enough to be missed.

Last year, the reality television titans dramatically announced that the 20th season of their money-making show Keeping Up With the Kardashians would be their last. It marked the end of a particular era for the clan that carved out their own space in the American imagination and amassed ever greater sums of wealth from marketing fantasies.

Toned and polished to uncanny, and mostly uneventful, effect.


What it did not signal, unfortunately, was a divorce between the family and public life. The end of Keeping Up and the Kardashian-Jenners’ relationship with E! Friday them to ink a bloated, multi-year content deal with Disney. The Kardashiansthe first product of said expensive contract, airs on Hulu this Thursday, April 14.

With more money, more kids and several lucrative businesses under their belts, the Kardashians are not the family they used to be. Compare moments from the early days of Keeping Uppacked with histrionics, sibling quarrels and lo-fi production values, with the first two episodes of this glossy new venture given to critics for review, and it’s hard to believe we are watching the same people.

This more polished and stylized show is still an experiment in marketing, selling viewers an unattainable aesthetic and lifestyle, displaying dizzying amounts of wealth and eliciting contradictory emotions. As I’ve written before, it does not really matter whether you abhor, admire or envy the Kardashians. Reactions to their antics are part of the massive PR machination central to their relevancy and economic status. But whereas Keeping Up managed to maintain a level of camp, The Kardashians strips away any bits of fun, leaving only the rigid ethos of a family that has mastered being famous.

The new show is plagued by an aggressive ennui. Not even the sleek opening credits – drone shots offering glimpses of each family member’s busy life backed by Silk Sonic’s funky hit “777” – can shake off the listlessness. Kris, Kourtney, Kim, Khloé, Kendall and Kylie have been filmed for so long that this critic wonders if even they sometimes find themselves surprised that the cameras are still rolling.

Their lives mirror those of other ultra-rich entrepreneurs and inheritors, but it would not be much fun to just show the six stars (Caitlyn Jenner and Rob Kardashian are not, so far, in the new series) shuffling from meeting to meeting. And so, they re-litigate old issues, manufacture tension and create drama out of razor-thin moments. It’s a fascinating thing to witness, if not necessarily an interesting show to watch.

In the first episode, the family convenes at Kim’s minimalist compound for an intimate barbecue. There, the most famous Kardashian announces that Lorne Michaels has asked her to host Saturday Night Live. She worries about her ability to do it: What if she is not funny enough? Should she ask Kanye to be her musical guest? (At the time of filming the couple seemed to be on better terms.) What if she embarrasses the family? The last question is perhaps the most humorously confusing.

Sitting around a long, elaborately decorated table, the family nibbles on fried chicken, mac and cheese and burgers while trying to ease Kim’s nerves. They insist that she ice funny (despite years of telling her otherwise) and note that the middle Kardashian succeeds at anything she puts her mind to.

Family has always been important to the Kardashian brand, but it’s peddled even more forcefully in The Kardashians. Motherhood has changed the sisters, who spend most of their testimonial time reiterating the role their kids play in their lives. There’s a lot of discussion about the importance of making time for their children and less about what it means to raise Black kids in America, but perhaps those conversations will come up later.

It is during these one-on-one interviews that the focus of the new Kardashian era becomes clearer. If previous chapters were about ascending the Forbes lists and headline-making confessions, this one will be about restraint and balancing domestic life with the clarion call of American capitalism.

The Kardashians indeed promises to zero in on the working lives of the clan – first and foremost Kim, who recently said women do not want to work these days. The SNL arc dominates the first episodes. We see the mother of four preparing for her appearance by meeting with comedians like Amy Schumer, packing her outfits with her sisters and her mother, and reflecting on just how far she’s come with her stylists and makeup artists.

Haunting the background and causing Kim even more anxiety, though, is her sex tape, which resurfaces early in the first episode. The legacy of the video weighs on her, and she spends lots of time threatening to wield the power of her lawyers and her money to have remnants of the tape destroyed. Twenty years ago, she did not know what to do; now, she says, she has the resources “to burn them all to the fucking ground.”

The other sisters get some airtime in these first two episodes, although not nearly as much as Kim. Kourtney’s arc focuses on her already well-documented romance with Travis Barker. They are trying to buy a house and have a baby, and Kourtney talks about the stress of both endeavors. Meanwhile Khloé is trying to work on her relationship with Tristan Thompson, focus on the construction of her new mansion and manage her worsening anxiety. Kylie and Kendall do not appear as much yet, but previews of future episodes tease their arcs.

For longtime fans of the Kardashians, or even the casual spectator, The Kardashians might be a disappointment. The family that is famous for being famous and for shamelessly sharing themselves has refined, toned and polished their brand to an uncanny degree. Nothing here shocks, surprises or titillates.

But it seems that’s irrelevant. The day the embargo on coverage of the show (whose rollout was tightly controlled) lifted, I saw tens of headlines capitalizing on “revelations” from these episodes. The Kardashian brand is, at this point, an entire ecosystem; it does not really matter who they say they are, whether they’re authentic or relatable. Whatever they do will be noted, propagated and consumed. We’re all part of their machine now, whether we like it or not.